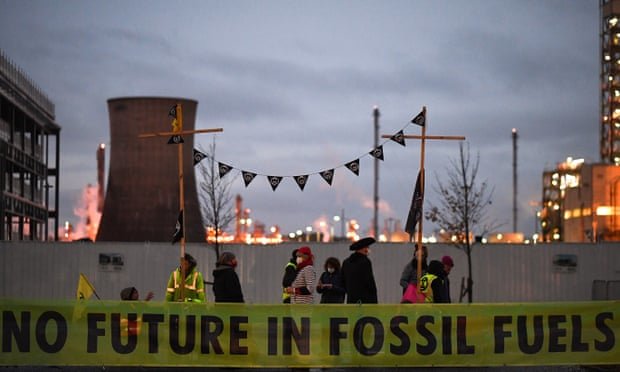 The desire to fight a “culture war” is the preserve of a small group on the political extremes that does not represent most British voters, according to a major new project on political polarisation in the UK.

A disproportionate amount of political comment on social media is generated by small, politically driven groups, according to the analysis. It found that there was actually widespread agreement in the UK over topics such as gender equality and climate change – often seen as culture war issues.

The findings come from a study that attempted to map the mood of the country before and during the Covid-19 pandemic by the More in Common thinktank founded after the murder of Labour MP Jo Cox.

Based on a 10,000-strong political polling panel, academic interviews and focus groups over an 18-month period, the report split British voters into seven distinct “tribes”, based on their core beliefs.

It states that 12% of voters accounted for 50% of all social-media and Twitter users – and are six times as active on social media as are other sections of the population. The two “tribes” most oriented towards politics, labelled “progressive activists” and “backbone Conservatives”, were least likely to agree with the need for compromise.

However, two-thirds of respondents who identify with either the centre, centre-left or centre-right strongly prefer compromise over conflict, by a margin of three to one.

It found that 62% of Brits said they had used social media in the past 24 hours, but that this was much higher for certain groups. The figure rose to 83% for those it described as “progressive activists”.

It found that most voters balanced competing political concerns and ideas. Its polling found that 73% believe hate speech is a problem, while 72% believe political correctness is an issue. Some 60% believe many are too sensitive about race, but 60% also recognise issues around “white privilege”.

Researchers found significant differences between the US and UK. They found a stronger inclination towards moderation in Britain, with 55% of the population saying they were in the centre of politics.

While the questions asked in the US were not identical, only 33% identified as moderate. “The overall picture in the US is two wings which hate each other and an exhausted majority in the middle,” the report states. “In the UK it’s more a kaleidoscope, which makes us well placed to avoid going down the path towards full polarisation… The seven segments form different coalitions depending on the issue.” 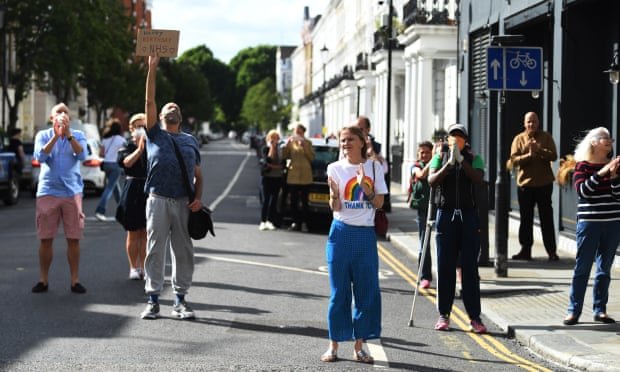 People clap for the NHS outside a London hospital.

It concludes that unlike in the US, climate change is not a culture-war issue in the UK. In Britain, it found that 85% of voters believe climate change concerns us all. The most sceptical group were voters described as “disengaged traditionalists”, where the figure was still 76%. Meanwhile, 79% of all voters say gender equality is a sign of progress.

More than half (57%) reported an increased awareness of the living conditions of others, 77% feel that the pandemic has reminded us of our common humanity, and 62% feel they have the ability to change things around them – an increase of 15 points since February.

Tim Dixon, co-founder of More in Common and co-author of the report, said that while there had been an increase in “culture war” politics in Britain, the country was far better placed to avoid further divisions than many other nations: “Both sides of a culture war rely on exaggerating the threat of the other,” he said. “Both sides want us to think that every person who is ‘on the other side’ to them has all these opposing views.

The truth is many of these debates just pass most people by, because they are often based on creating false choices.The UK is actually in a better position than many countries and should be more optimistic.

“During the Covid-19 crisis, there is evidence of a community spirit. The concern that we have for ethnic minorities in the UK is higher than elsewhere, as is the sense of solidarity. It suggests that we’re like a kaleidoscope, where segments of the population cluster together in different ways.

But it clearly isn’t a binary story. Divisive politics is happening in Britain, but it hasn’t yet spread too widely.”