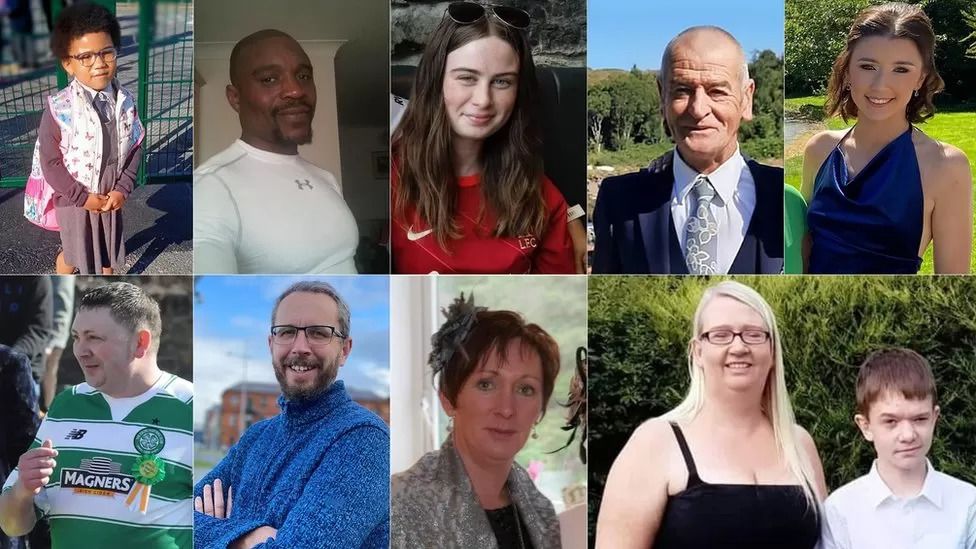 Creeslough: Girl, 5, and dad among 10 killed in Donegal blast

The names of the 10 people killed by an explosion at a petrol station in County Donegal in the Republic of Ireland have been confirmed.

The victims of Friday's disaster include five-year-old Shauna Flanagan Garwe and her dad Robert Garwe, 50.

The explosion happened in the village of Creeslough in the north-west of Ireland. 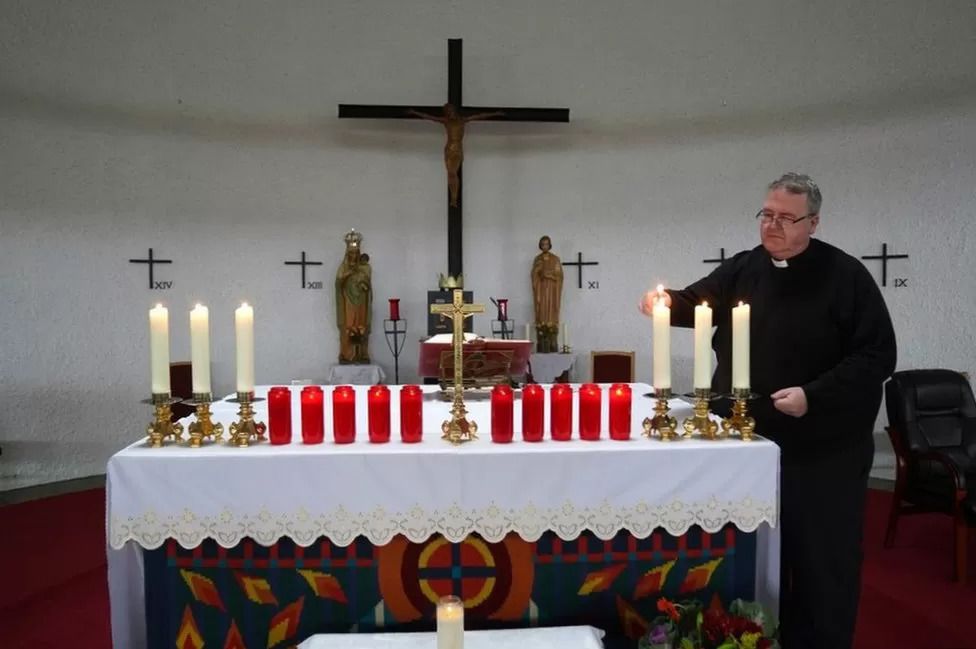 On Sunday An Garda Síochána (the Irish police force) said its investigation into the cause of the blast was continuing.

Garda Supt Liam Geraghty said the victims were "all local people" who were "very much involved in the local community".

People from Creeslough have spoken about their friendships with the victims and have paid tribute to them.

Robert Garwe and his daughter Shauna had gone to the shop to buy a birthday cake. 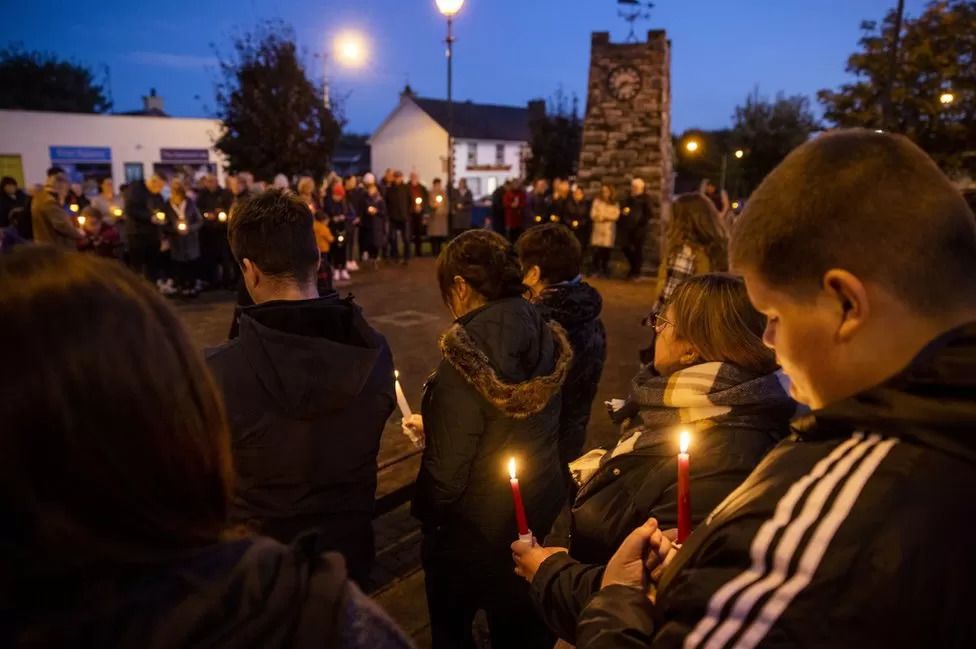 "Looking at her photograph as the names have been released brings home the tragedy of a life cut short - a beautiful little girl along with her dad."

Catherine O'Donnell and her son James Monaghan were in the queue for the post office inside the shop when the explosion happened.

They had gone there after he had finished school for the day. 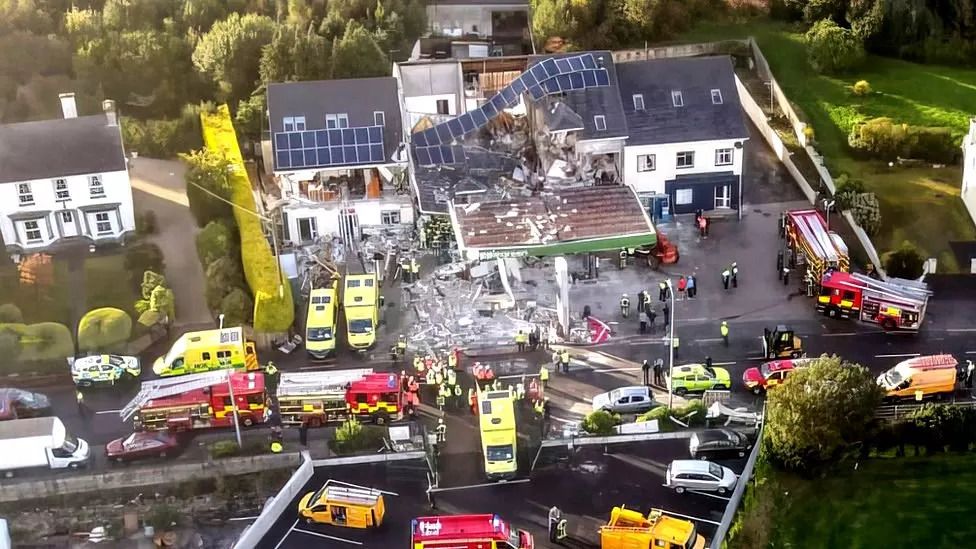 Jessica Gallagher was a fashion graduate who had studied in Paris and Shanghai and was due to start a new job as a designer in Belfast.

On Friday she was visiting her boyfriend in his apartment above the petrol station.

Aileen Níc Pháidín, who knew her well from their childhood, said she was a "lovely girl".

"Me and my brother would have been over a lot in her house and her mammy would have made us dinner - very good-hearted people," she said.

Teenager Leona Harper was described as a talented rugby player by her club in Letterkenny.

Her family said they were "eternally grateful" to those who had helped to find her body.

Leona was a supporter of Liverpool Football Club, which said it was deeply saddened by her death.

Martin McGill was described as a "devoted son" who cared for his elderly mother and regularly visited the pharmacy to collect medication for her.

"Martin's mum called the pharmacy to see if he had come in," said Mr Brennan.

"Tragically one of our team went up to [the petrol station after the explosion] and Martin's car was on the forecourt."

Mother-of-four Martina Martin was working in the shop when she was killed.

James O'Flaherty, who was originally from Sydney in Australia, was a father of one son, while Hugh Kelly, the oldest victim, was a farmer.

Prayers from the Pope

Pope Francis was among those who offered their condolences to the people of Creeslough.

In a letter, his representative wrote that the Pope was "saddened to learn of the loss of life and destruction caused by the explosion".

"He expresses his spiritual closeness to all those suffering in the aftermath of this tragedy," read the letter. 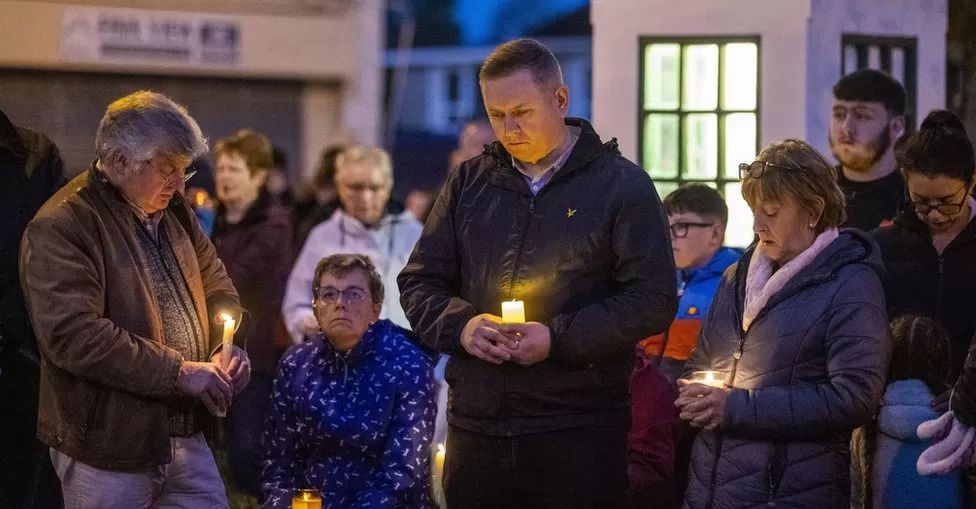 On Sunday morning Bishop Alan McGuckian told Mass-goers in Creeslough that the village was "living through a nightmare".

He said the disaster was one that "anybody could have been caught up in".

"Why did they have to be there at that awful moment?" he asked.

Later almost 20 vigils were held in towns and villages across County Donegal in memory of the victims.

At the vigil in Milford: Rory O'Reilly, BBC News NI 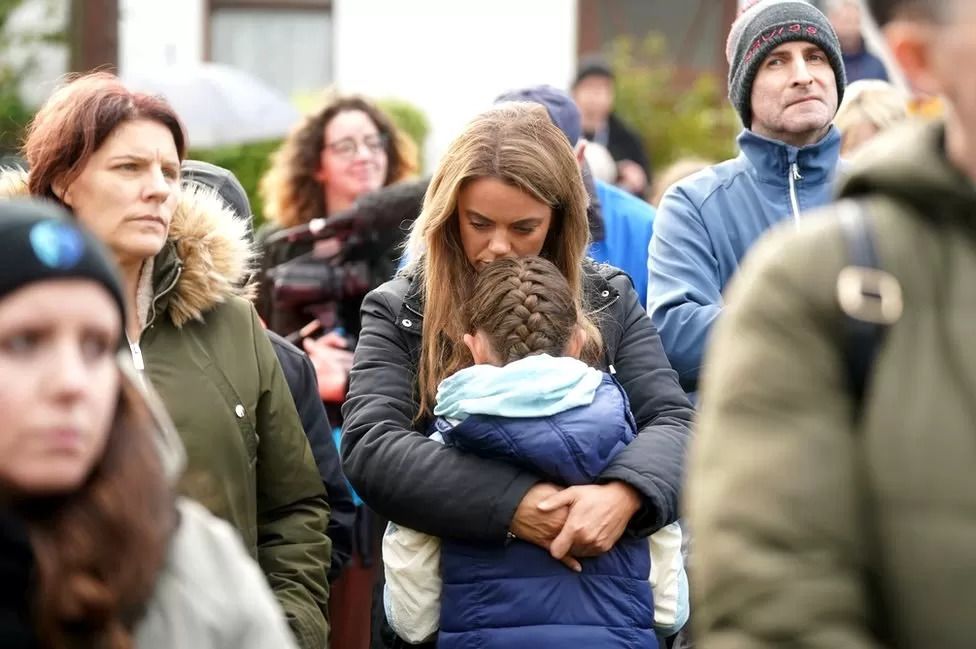 As the rain came down on Sunday afternoon several hundred people gathered to pay their respects.

The loss is close to home for the community in Milford, a half-hour drive from Creeslough.

Two of those who died - Leona Harper and James Monaghan - attended Mulroy College in the town.

Parents hugged their children and tears were shed as music played and the names of the 10 victims were read.

A man in his 20s who was injured in the explosion is critically ill in St James's Hospital in Dublin.

Seven other people who were hurt are in a stable condition in Letterkenny University Hospital. 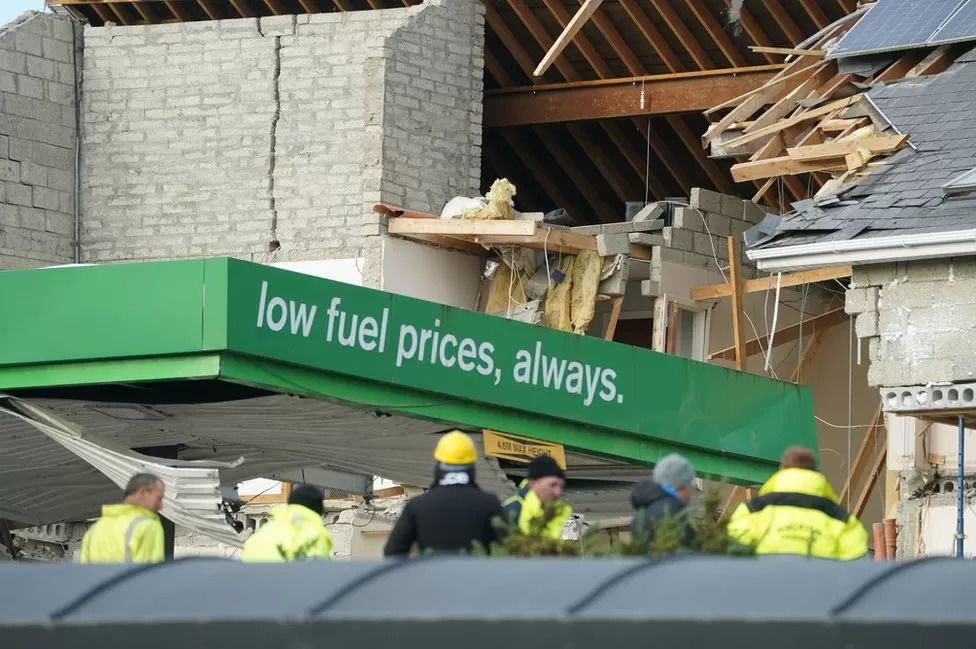 More details have emerged about the search operation to free those trapped in the rubble, during which the emergency services were helped by volunteers from the village.

"I saw people in shorts and flip-flops wrenching corrugated iron away with their bare hands," he said.

"Those people were heroic but were placing themselves in a great deal of danger." 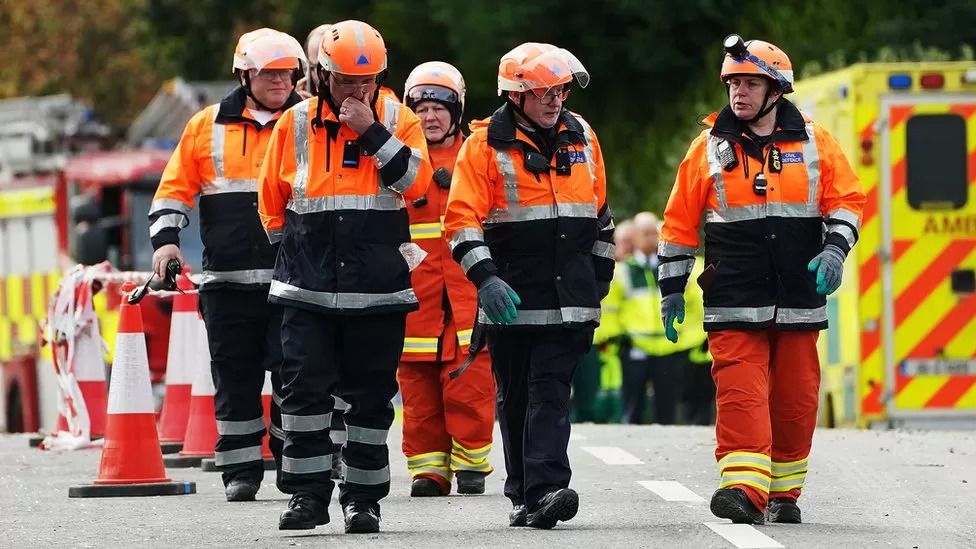 JJ McGowan, the chief ambulance officer at the scene, described the difficult conditions encountered by the emergency teams.

"At one stage the fire service had constructed a small hole in the wall to get into part of the scene," he said.

"And all I could see was two of our boots sticking out of it.

"One of our lads [was] in there trying to see what he could see... through what you could only describe as a mouse hole."