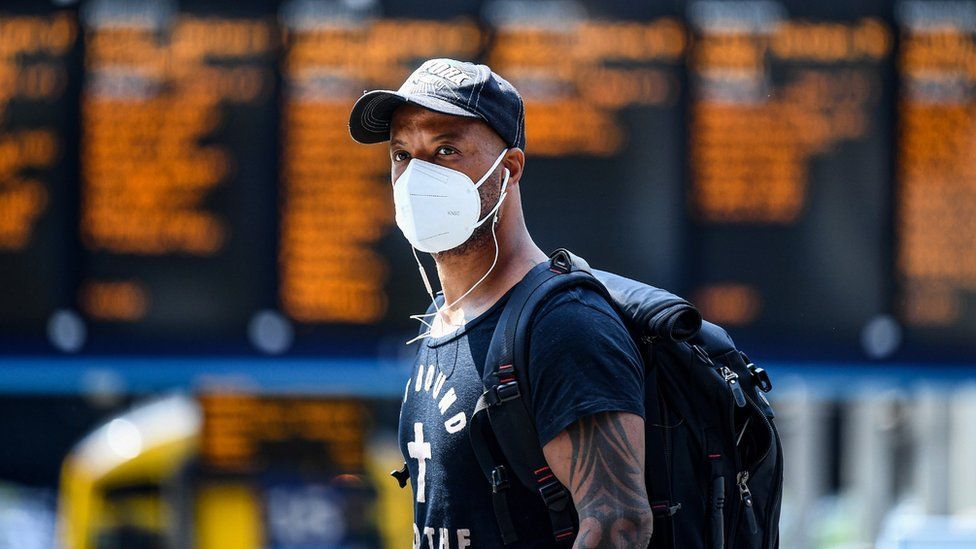 Covid in Scotland: Masks could stay until Christmas says Swinney

Rules on wearing face coverings in Scotland could remain in place until Christmas, the deputy first minister has said.

John Swinney told BBC Scotland it was "perfectly conceivable" that masks could still be mandatory in December.

On Tuesday, the first minister confirmed mask-wearing would remain for "some time" as she announced the move to level zero of Covid restrictions.

Nicola Sturgeon modified planned easing due to the spread of the Delta variant.

Scotland will move to level zero on 19 July which means more people will be allowed to meet indoors and attend weddings and funerals.

However, limits on outdoor meetings are to be maintained and the return of workers to offices will also be delayed.

In an interview on BBC Radio Scotland's Drivetime, Mr Swinney was asked if he could envisaged face coverings being mandatory until Christmas. 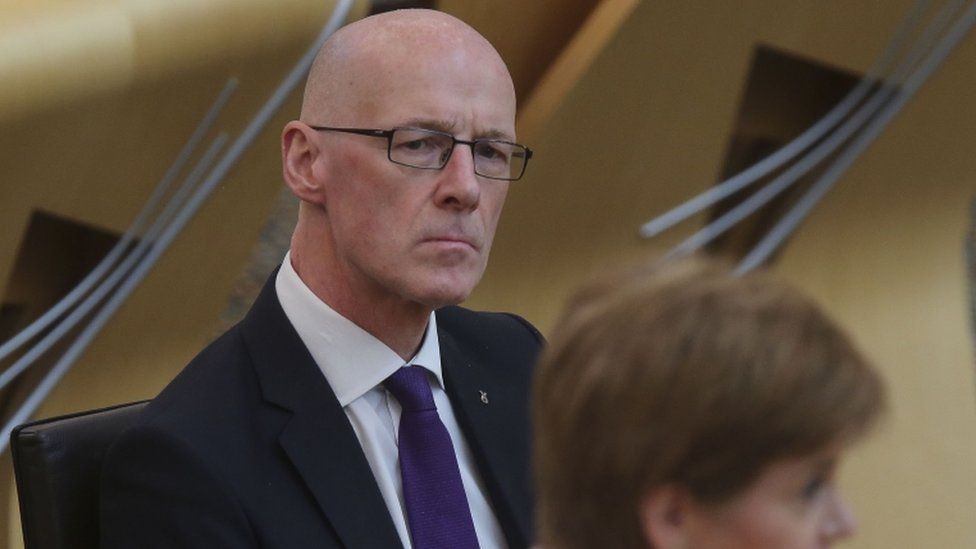 He said: "I think that's perfectly conceivable. I think that we should recognise that we have got to take a careful and cautious approach to the suppression of Covid.

"We know the virus is going to be with us for a long time so the more that we can do, a gradual elementary level to provide obstacles and barriers to the circulation of this virus, the more we should do that."

He added: "I think it is likely to be much closer to that lower end of the spectrum than the higher end."

He said the impact of the virus was "moving in the right direction - which means that we can afford some of the relaxation". 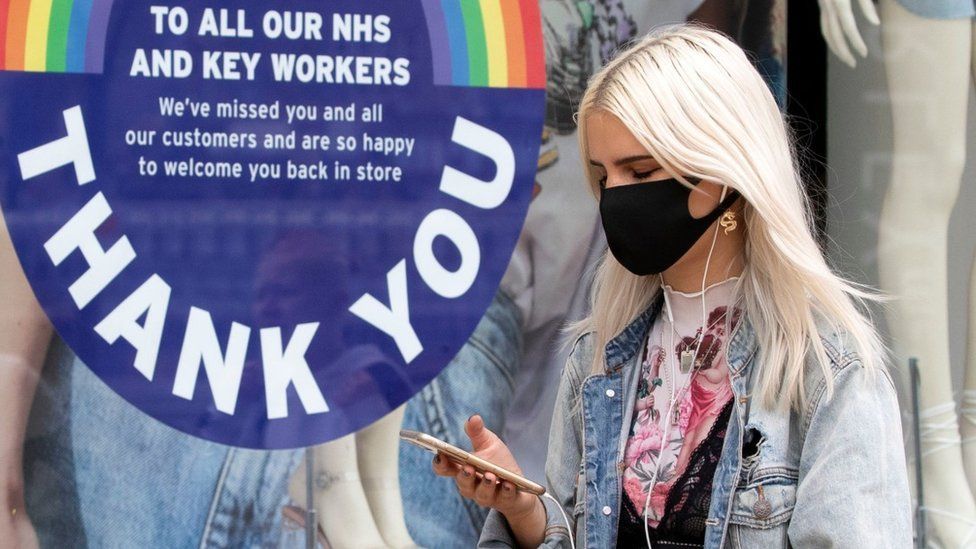 It is still hoped that Scotland will move beyond level zero from 9 August - the point at which the government aimed to scrap most legal restrictions. A decision on this will be taken next month.

Among other announcements in Ms Sturgeon's statement to Holyrood were plans to remove the blanket requirement for close contacts of those who test positive to self-isolate, as long as they have had two doses of vaccine.

In addition, fully-vaccinated people returning from amber list countries will not need to quarantine as long as they take a test after arrival.

Business groups have broadly welcomed the changes, but some were critical of ministers "moving the goalposts" at the last minute by altering plans, such as hospitality venues now being required to close at midnight.

Stephen Montgomery, spokesman for the Scottish Hospitality Group, said: "The midnight curfew is just a made-up time with no evidence to justify it.

"It's like Groundhog Day with our warnings about driving people into house parties and other uncontrolled spaces that lack all the precautions you find in responsible pubs, restaurants and hotels." 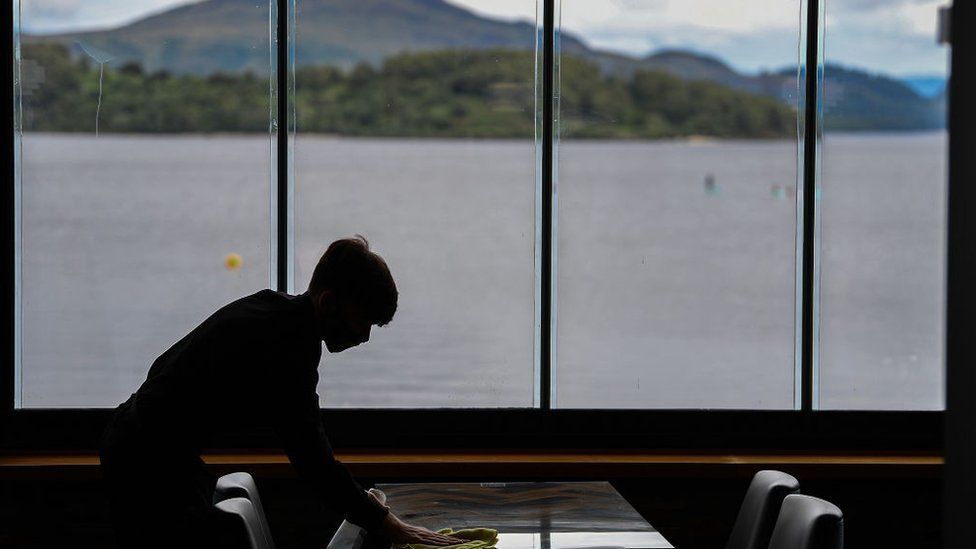 The Federation of Small Businesses Scotland said no longer requiring people to book a slot in a bar or restaurant "should hopefully generate some extra passing trade", but said there was "less good news" for the events sector with outdoor restrictions to continue.

The Scottish Chambers of Commerce said the move to level zero was "another encouraging milestone", but said the modifications to plans would cause uncertainty - and said postponing the return to offices would be "a bitter blow for employees and employers alike".

The continued wearing of facemasks won the backing of shop worker union Usdaw.

Tracy Gilbert, the union's regional secretary for Scotland, said: "We ask the public to show their support and respect for shop workers by following the law.

"Wearing a face covering in a shop is an important measure to help protect workers who have no option but to interact with large numbers of people as a part of their job."