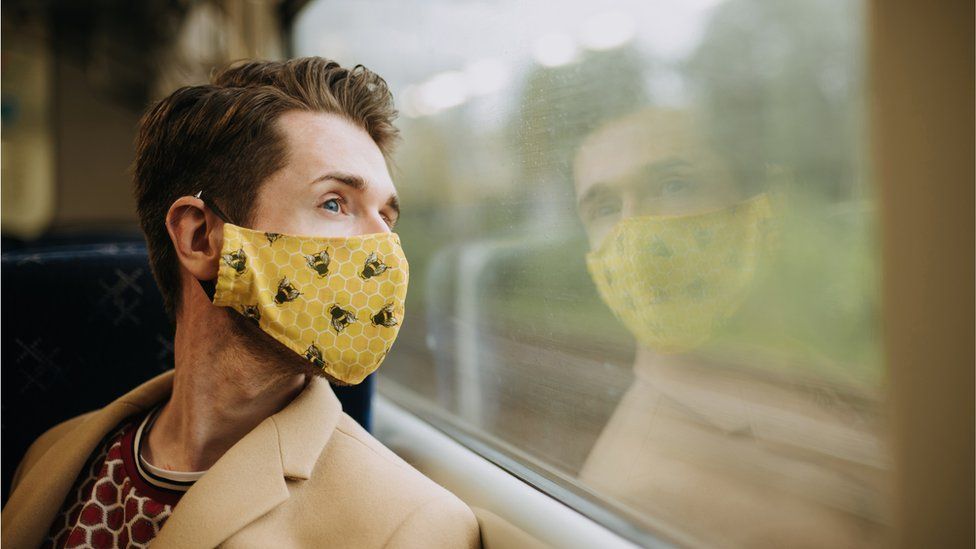 Covid in Scotland: All legal restrictions to end on 21 March

Scotland's legal Covid-19 restrictions, including the wearing of face coverings, will end on 21 March.

First Minister Nicola Sturgeon said people would still be advised to wear masks in shops and on public transport.

But all legal restrictions on people and businesses will end as part of an effort to "return to a normal way of life".

Meanwhile, the country's vaccine passport scheme will end on 28 February.

The plan is part of a new strategic framework the government has drawn up for dealing with the pandemic in the future.

Ms Sturgeon said it would see Scotland move away from legal restrictions, relying instead on vaccines, treatments and "good public health behaviours".

The move comes after Prime Minister Boris Johnson announced that England's restrictions will be lifted on Thursday, with the requirement to self-isolate dropped and free mass testing to end in April.

Ms Sturgeon expressed frustration at Mr Johnson's approach, calling for clarity about how the testing system - which operates UK-wide - would operate in future.

However she said the removal of restrictions was now possible because widespread vaccination coverage and better treatments have reduced the direct harms of the virus.

The Covid certification scheme - vaccine passports which are required when attending large events including concerts and football matches - will come to an end on Monday 28 February.

And the remaining legal restrictions will be phased out on 21 March - including the requirement for people to wear face covering in enclosed spaces and on public transport, and rules for businesses on collecting customer details and taking measures to reduce the spread of the virus.

People will still be asked to self-isolate if they test positive for Covid-19 - although this has never been a legal requirement in Scotland - with Ms Sturgeon calling it "one of the most fundamental public health protections that we have available to us". 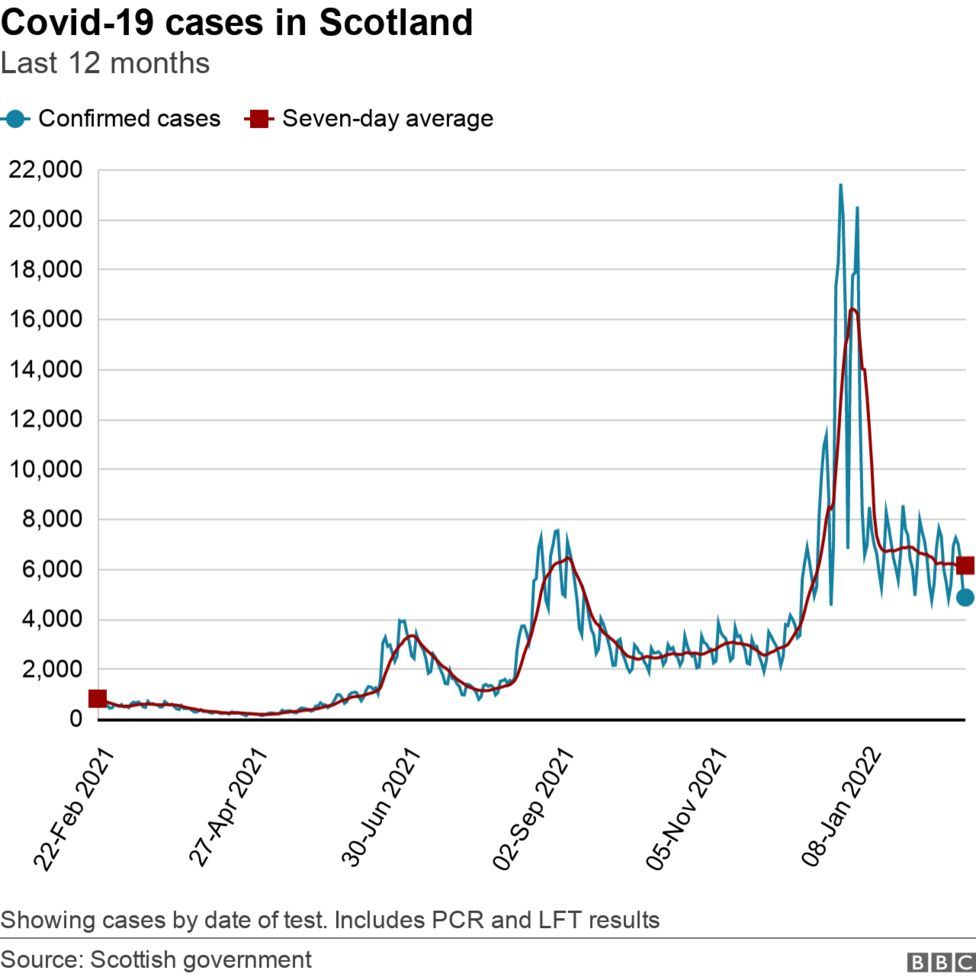 The first minister said her government was "duty bound to remove legally imposed restrictions" as the impact of the pandemic reduces.

However she warned that this "should not be taken as a signal that Covid no longer presents any risk to health".

She said: "Even though certain measures, for example face coverings, may not be legal requirements in future, we will still recommend voluntary compliance as part of the range of behaviours that will help keep us safe as we manage COVID in a more sustainable and less restrictive way."

Ms Sturgeon said testing would remain a vital part of managing the virus, but that there would be a phased move to a "more targeted system" focusing on high risk settings like care homes and hospitals and rapid detection of new variants.

She said detailed plans for testing would be announced in March, adding that she hoped there would be "more clarity from the UK government on available resources".

Mr Johnson has previously suggested that the Scottish government would have to fund any continued free testing from its existing budgets. 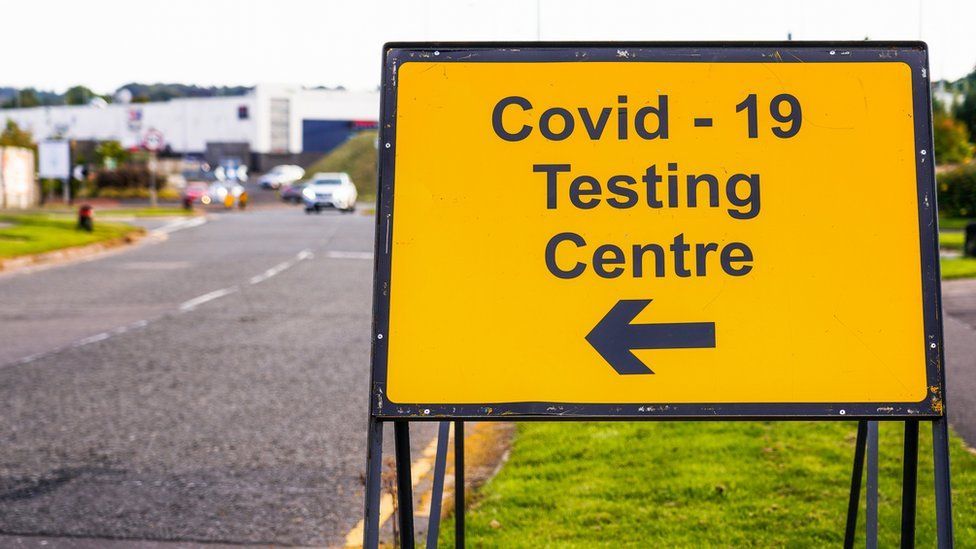 And the Scottish Retail Consortium said firms would welcome the new timetable as "light at the end of this very long tunnel", while calling for a concerted effort to encourage shoppers back into town and city centres.

MSPs will be given the chance to debate and vote on the government's new proposals for managing the virus.

These will see Scotland operate a three-level system for future outbreaks of the virus - of low, medium and high risk.

She said that in a high-risk scenario, where a new variant emerged which could evade vaccines or natural immunity, people could be advised to limit social contacts and work from home, with "some temporary protections" introduced by the government.

Meanwhile in a medium-risk scenario - for example in the event of a variant similar to Omicron which is more transmissible but less severe - Ms Sturgeon said face mask laws could be reintroduced. 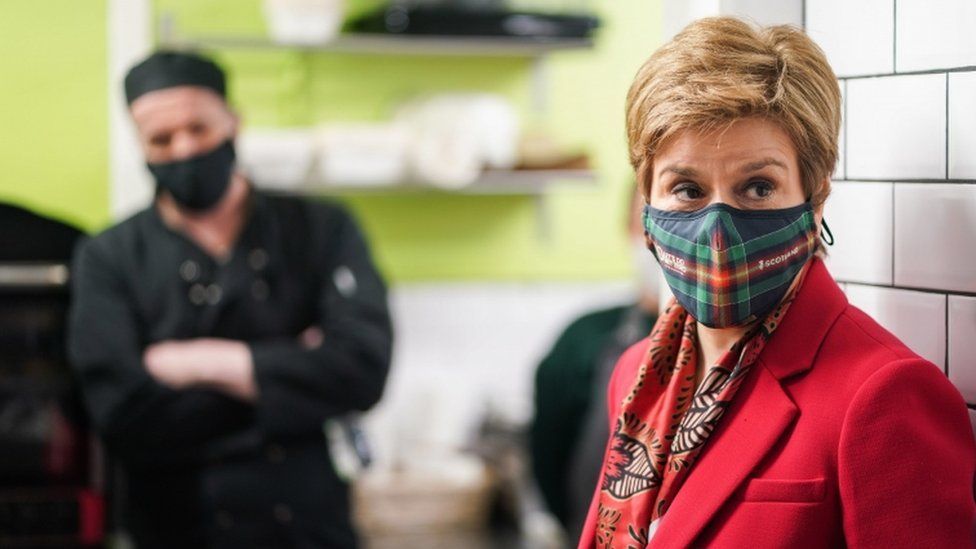 The Scottish Conservatives welcomed the move away from blanket legal restrictions, and said they backed a system of "personal responsibility".

But leader Douglas Ross questioned why the government had moved to extend the powers underpinning face mask and Covid passport rules until September.

Ms Sturgeon said the government needed to have "contingency measures" for use in future as it was highly likely the country would face a threat from new variants of Covid-19 in future.

Scottish Labour's deputy leader Jackie Baillie said testing, contact tracing and isolation would remain vital in future, and called for the Scottish government to commit to funding the Test and Protect system.

She said: "At a time when people are looking for more certainty about the future, there are not yet answers to some of these fundamental questions about what will be in place to protect Scots.

"We were promised a framework, this appears more like a progress report."

Ms Sturgeon responded by accusing the UK government of "failing to take decisions in an orderly and competent fashion", saying this had "a knock-on effect on Scottish government decision making".

The apps which underpin the vaccine passport system are to be remain live so that venues can operate voluntary systems, but Scottish Lib Dem leader Alex Cole-Hamilton called for this to be dropped.

He said: "Far from abolishing Covid ID cards, this will normalise their use by some businesses, perhaps indefinitely - from now on venues will have carte blanche to ask for private medical information without a public health imperative."

Ms Sturgeon said it was "proportionate" to allow firms the choice of using vaccine passports, saying some might see an advantage in "making people feel more confident about going and using their services".