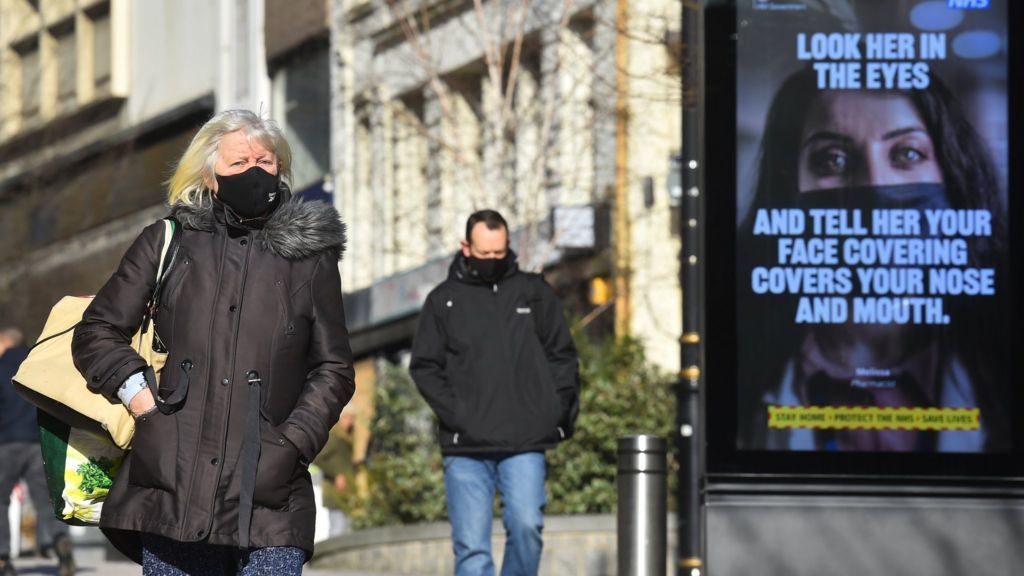 Foreign Secretary Dominic Raab has rejected calls from Conservative MPs to put a date on when England's lockdown measures will be eased, saying the government will be "cautious".

The lockdown-sceptic Covid Recovery Group (CRG) said all restrictions must be lifted by the end of April.

Mr Raab told the BBC he was "confident" in the vaccine rollout, but added: "You can't get ahead of the evidence."

So far 14.5 million people have had at least one dose of the vaccine.

Mr Raab said that the government was "on track" to hit its target of offering the vaccine to 15 million people from the top four priority groups by Monday.

The CRG has written to Prime Minister Boris Johnson to say there will be no justification for Covid laws once the top nine priority groups have been vaccinated - which the government is planning to have done by May.

Mr Raab told the BBC's Andrew Marr: "We share all of the ambition and the desire to get out of this lockdown. We want to do it responsibly and safely and therefore it's got to be based on the evidence," adding, "You can't get ahead of the evidence of the impact of the vaccine on the transmission."

He said the R-rate was between 0.7 and 1 and, as of Friday, the seven-day totals for admissions, cases and fatalities were down by between a fifth and a quarter respectively.

But developments needed to be monitored "in real time", making it difficult to give guarantees or be precise about an end of April or beginning of May date for easing, he said.

Mr Johnson said on Saturday he planned a "cautious" reopening - the road map for which will be unveiled on 22 February, with restrictions on outdoor recreation expected to be among the first to be relaxed.

The CRG - which was formed in November to oppose a third lockdown and says it has the backing of 63 MPs for its letter - said the prime minister should set out a plan for "a return to normal life" from 8 March.

That is three weeks after Monday's target date for vaccinating 15 million of the most vulnerable - the same length of time the vaccine is believed to need to start taking effect - and the date pencilled in by the government for schools reopening. 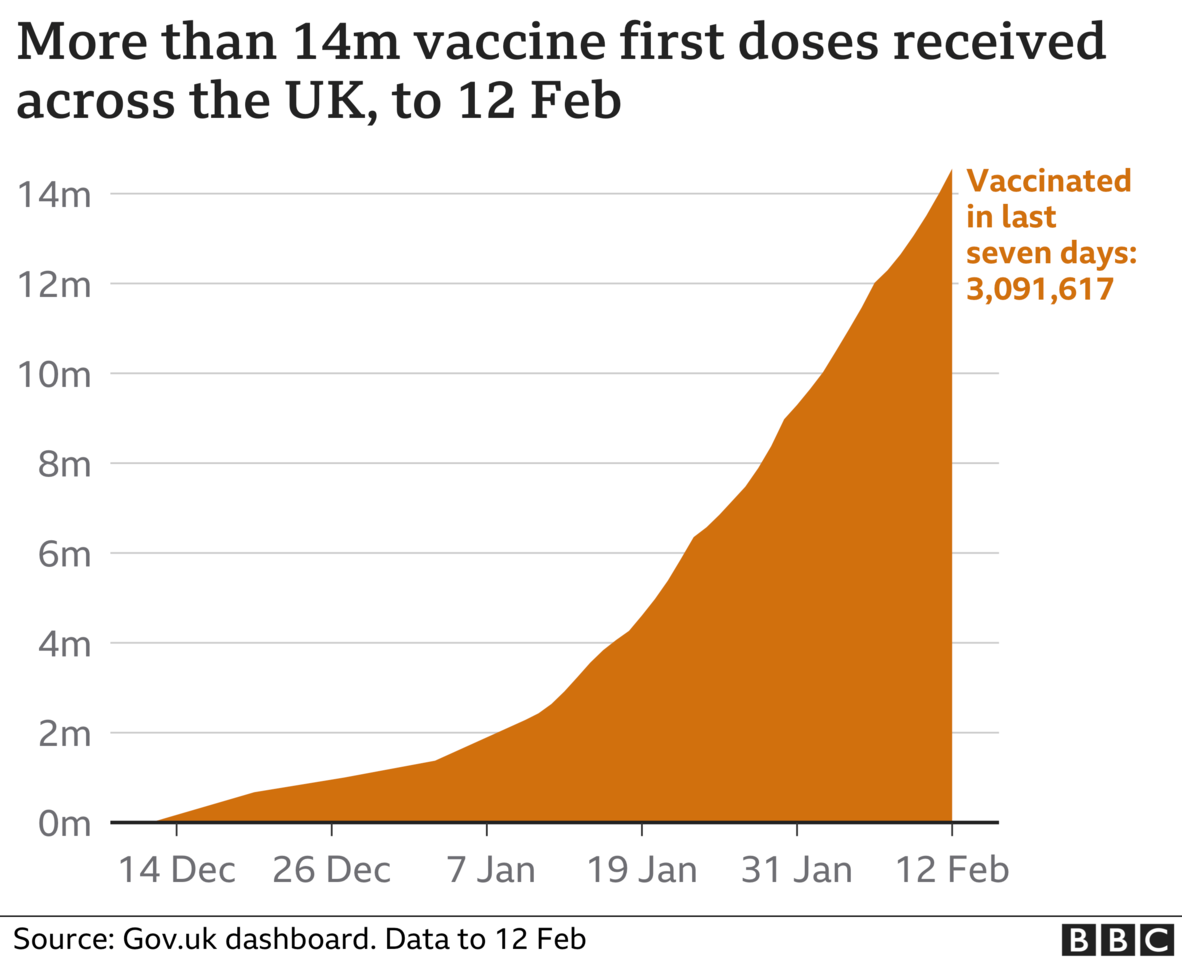 The top four priority groups, targeted for vaccination by 15 February include:

*  Those who are clinically extremely vulnerable to coronavirus

The vaccine rollout has already been officially extended to people outside these groups, with invitations going out in England to people aged 65 to 69 and younger people who are in an at-risk group.

Boris Johnson will spend the next few days looking at data on the spread of coronavirus and the success of the vaccine rollout, before deciding how quickly to reopen society.

We know roughly what the order will be: schools, followed by outdoor mixing, non-essential shops then hospitality.

Some Conservative MPs - who have been close to the prime minister in recent years - are urging Mr Johnson to move fairly quickly and lift all restrictions by May, when the government plans to have give a first dose to everyone over 50.

But Downing Street has been stung in the past after moving too quickly and having to re-impose restrictions in a matter of weeks.

That's why ministers are being cautious at the moment - and why the foreign secretary said it would be wrong to set an arbitrary date.

The CRG called for pubs and restaurants to open by Easter in a "Covid-secure" and "commercially viable" way, saying two-thirds of the people in the top nine priority groups should have had a first vaccine dose by then.

And by the end of the April, when all the priority groups should have had one jab of vaccine, they say all lockdown laws should be removed.

The group says the burden of proof should be on ministers to show restrictions are necessary. 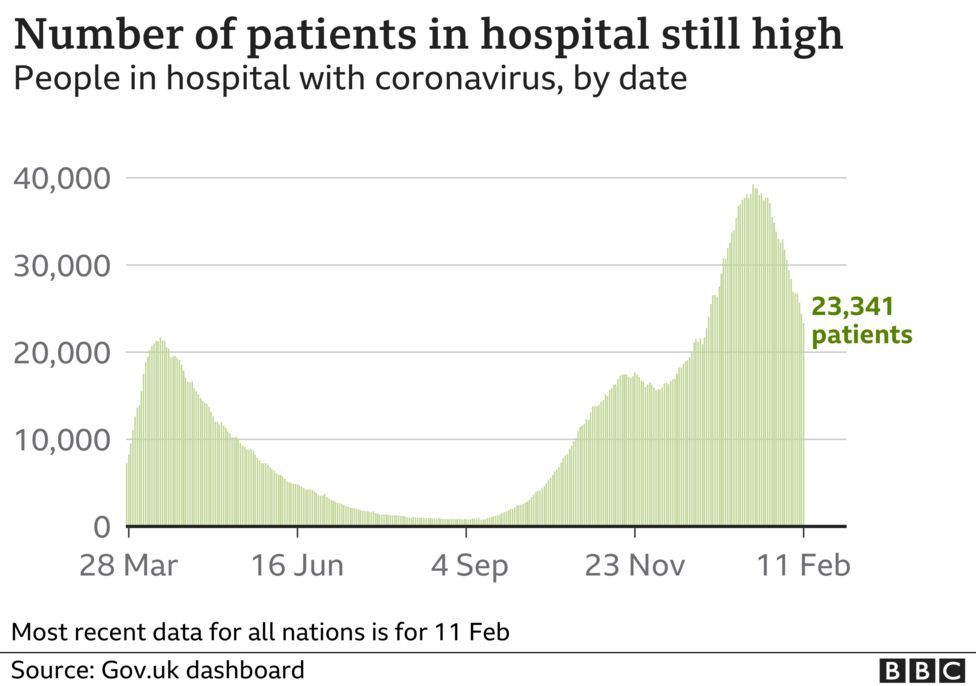 Scientists and medics have urged caution, saying there is still potential for another surge in cases.

Dr Shondipon Laha, a member of the Intensive Care Society, dismissed the idea that Covid-19 could end up being seen on the same level as the flu - something that has been suggested by Health Secretary Matt Hancock and Mr Johnson.

"It's not just deadlier, it's more debilitating. So we're expecting to see significant numbers of patients who have had Covid who need intense rehabilitation."

"We know that every patient that comes to an intensive care unit that needs ventilation loses muscle mass at 2-3% per day," Dr Laha said, adding that many such patients cannot stand and have problems with their long-term memories.

Dr Sarah Pitt, a virologist at the University of Brighton, said the variations of coronavirus were becoming more infectious and more dangerous, also dismissing suggestions it could be treated the same as flu.

She said restrictions should be lifted "very gently", and that, in the future, "short, sharp" lockdowns should be introduced for a few days to target smaller, localised outbreaks - similar to those being used in Australia. 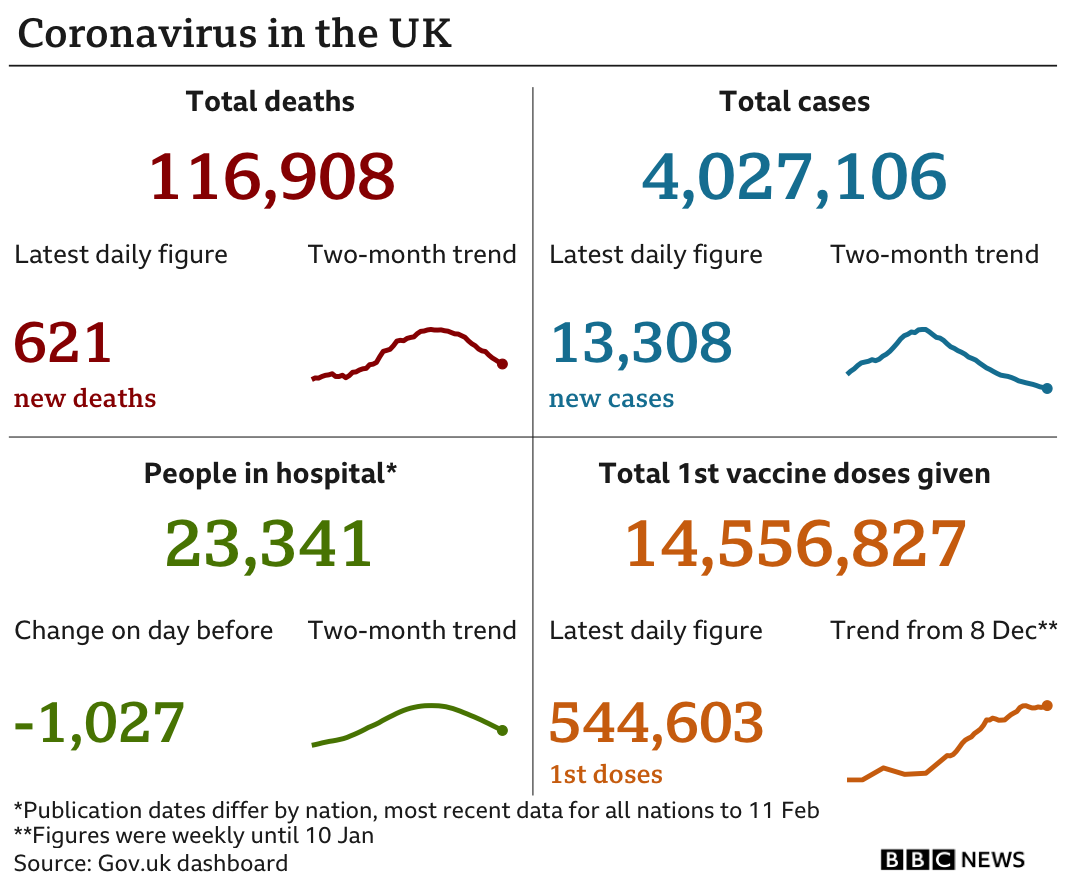