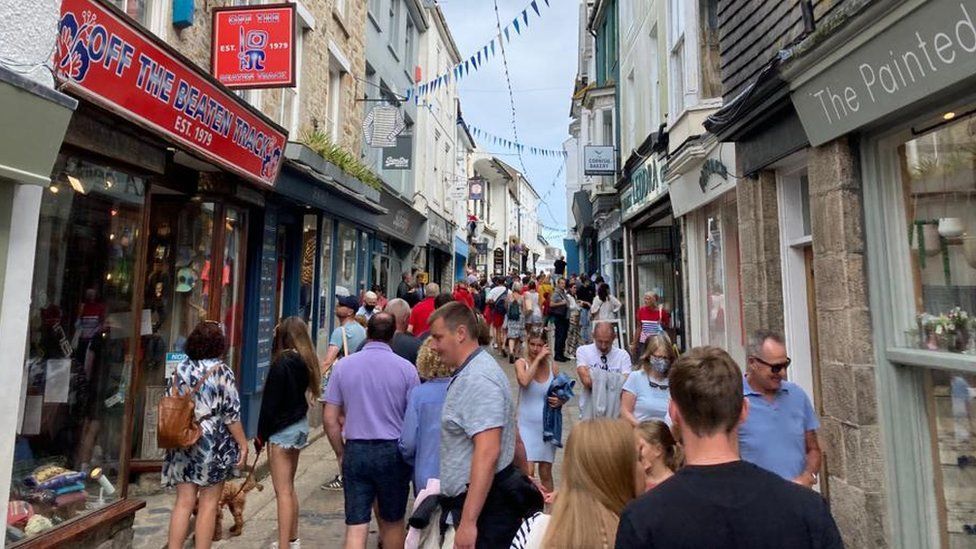 Covid: Cornwall tourists urged to 'stay away' as cases rise

Tourists have been urged to stay away from Cornwall unless they have pre-booked a trip because of a huge spike in Covid cases.

Malcolm Bell, head of Visit Cornwall, is calling on visitors to help keep the region safe.

He said: "We are asking people not to come unless they have booked ahead and request they take a lateral flow test before, during and after their stay so that people can be safe and help us to manage the current spike." 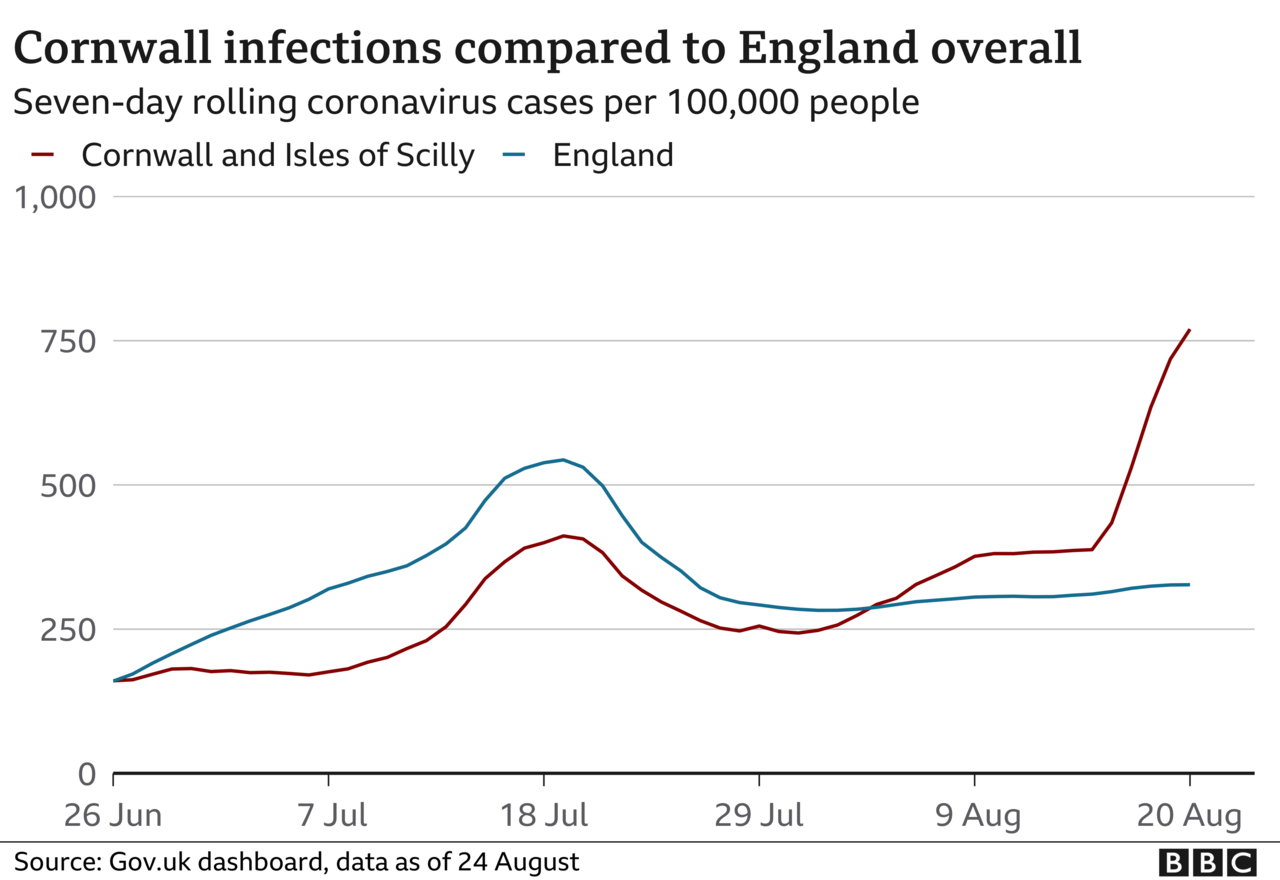 Mr Bell said the county had witnessed "too many occurrences of overcrowding in honeypots" - places that attract mass tourism - and urged visitors to consider visiting less popular parts of Cornwall.

"We have over 300 beaches and lovely parts that can cope with visitors," he said.

On Monday, Cornwall Council said 4,700 cases may be linked to the Boardmasters festival held in Newquay.

About 800 of those positive cases are people who live in Cornwall.

Jack Stacey, from Staffordshire, told the BBC he caught Covid at Boardmasters and wished he had not gone.

"My whole family's got it now so I regret going to be honest… It wasn't worth it," he said.

The 20-year-old, who is not vaccinated, said he was "shocked" at how ill the virus made him, leaving him bed-bound for nine days.

Others were overjoyed at being able to party at a festival again. 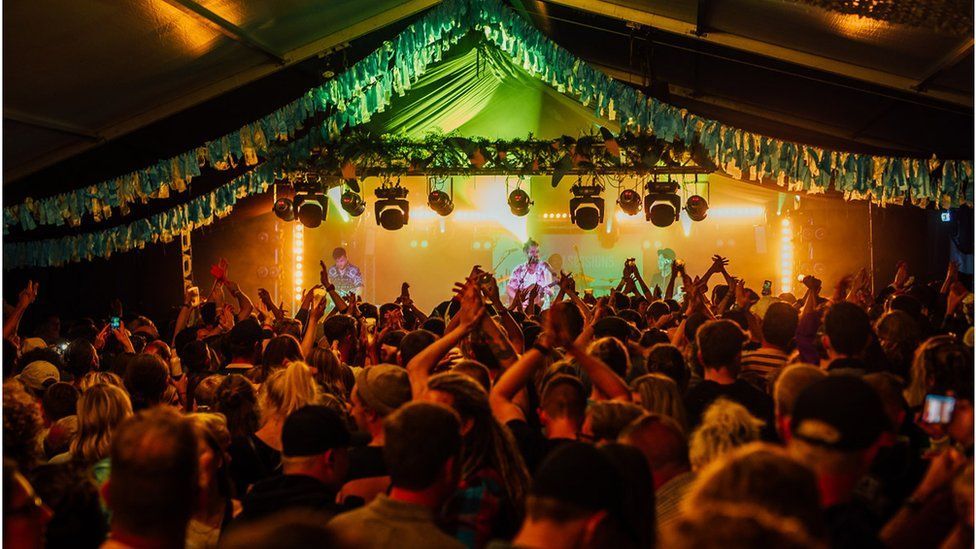 Rosie Breakwell, 22, from Bath, said she also caught Covid there after receiving her first jab, but said she "got over it pretty quickly".

"I live for festivals so not having one in two years was just horrendous, and it was just so nice being back in a sweaty field with everyone," she said.

Virologist Dr David Strain said music festivals were "something that is important for mental health of a younger generation who have missed out on so much".

The lecturer at the University of Exeter Medical School said: "It would have been nicer to have left it a month or so later so 17-18 year olds would have been double vaccinated."

But he said he "probably would have made the same decision" for it to go ahead.

Dr Strain said 18-25 year olds had a "very low risk of being hospitalised" with coronavirus, but the "real test" of how the festival had impacted young people would be the number of long Covid cases that emerged.

Boardmasters is a good reminder that just because large events are now allowed to take place, Covid-19 hasn't simply disappeared.

As long as cases linked to festivals aren't landing people in hospital, making them seriously ill or putting pressure on the NHS, then organisers would argue the vaccination programme is reducing the public health risk.

We're about to head into a bank holiday that is likely to be the busiest weekend of live music and festivals in the UK since the start of the pandemic.

Thousands of people will be attending the likes of Reading and Leeds, Creamfields, Manchester Pride and All Points East in London and based on what's happened following Boardmasters, we can assume there will be a rise in cases linked to these events.

By now, anyone attending knows there's going to be a risk of catching or spreading the virus when a large group of people share the same space. 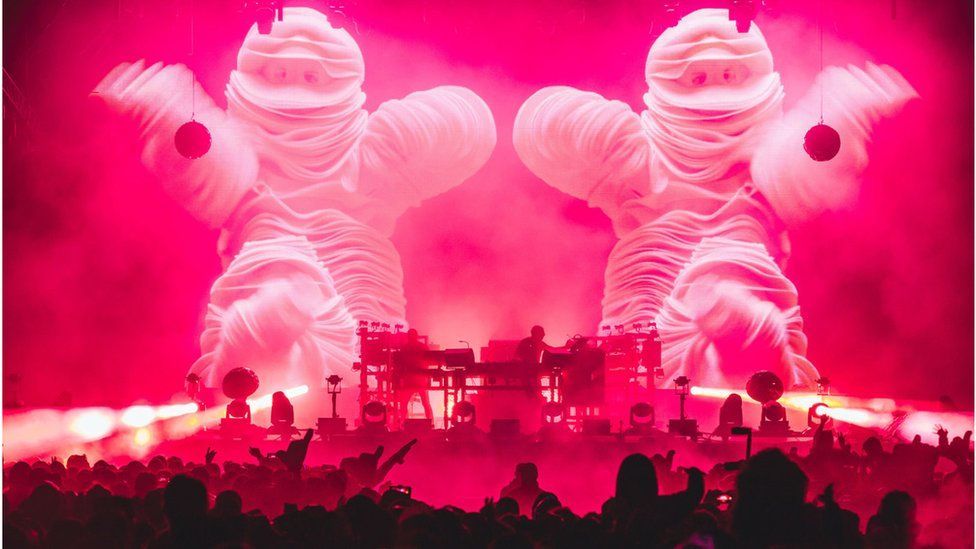 A condition of entry to Boardmasters was use of the NHS Covid Pass - a measure recommended as best-practice for other large events.

Festival organisers said the systems they put in place meant more than 450 people were found to be at risk of passing on the virus "and as a result did not attend our Watergate Bay site or left the festival early".

They said: "We are grateful to them and everyone else who took the extra steps this year.

"No event is able to eliminate risk entirely. 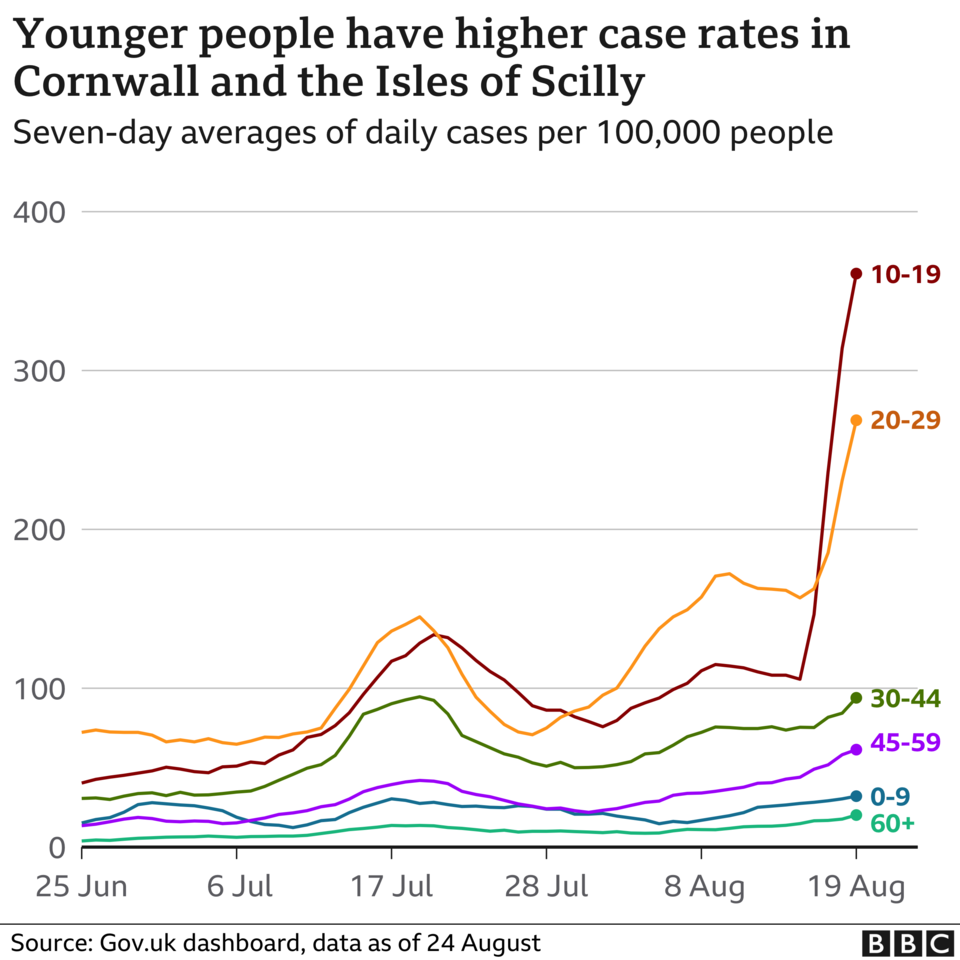 "We look forward to sharing our experience with our local authority partners and other large events so we can all continue to provide much-needed economic benefit to our communities and entertainment to our loyal audiences." 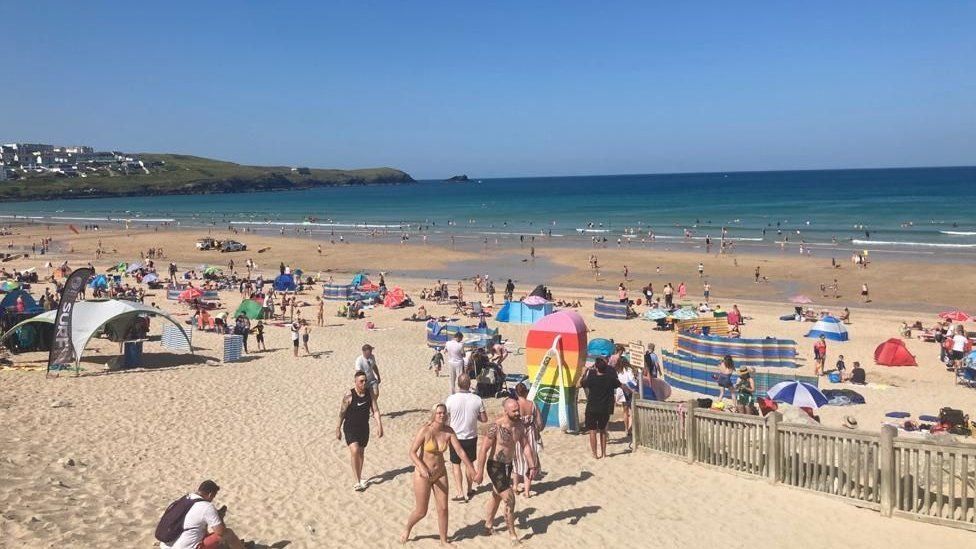 Three parts of Newquay now have the three highest Covid infection rates in England for the seven days up to 18 August.

The town's mayor, Lewis Gardner, said they had been working tirelessly "all summer" to keep Covid rates down.

"And it just seems that everything we do, no matter what we do, the rates keep creeping up."