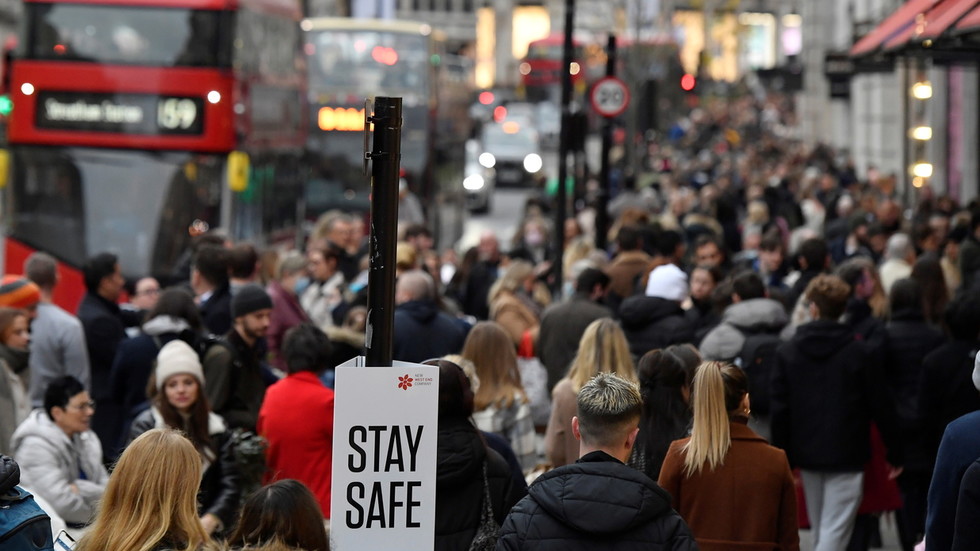 New data released by the UK's Office for National Statistics (ONS) show that three in 10 people in England are failing to self-isolate if they develop Covid-like symptoms amid a drop in compliance with coronavirus guidance.
The survey, conducted last month, found that 29% of respondents who’d had Covid symptoms failed to follow the rules requiring them to stay at home after they’d fallen ill. Similarly, a quarter of people violated self-isolation rules between falling ill and receiving their final test result.

Those numbers mark a stark contrast to earlier this year, when the ONS recorded that around nine in 10 people throughout England were abiding by the government’s health requirements.
The latest figures show record low compliance with Covid regulations in England, suggesting an increasingly lax attitude toward the pandemic across the nation.

Under current official guidance, people in England are told to self-isolate if they have Covid or Covid-like symptoms until they have received test results confirming whether or not they have contracted the virus. However, self-isolation is only legally required if an individual has tested positive, and failing to do so at that stage could result in a fine of up to £10,000 ($13,336).

The latest ONS data backs a similar study last week that showed people in the UK are taking a more relaxed attitude to Covid safety measures. According to that study, around a third of people aged under 30 have stopped wearing masks, despite guidance asking people to do so in public places.

While England lifted its national Covid restrictions back in July, Northern Ireland, Scotland and Wales still require masks to be worn on public transport and in indoor venues.
#Coronavirus  #Covid
Add Comment