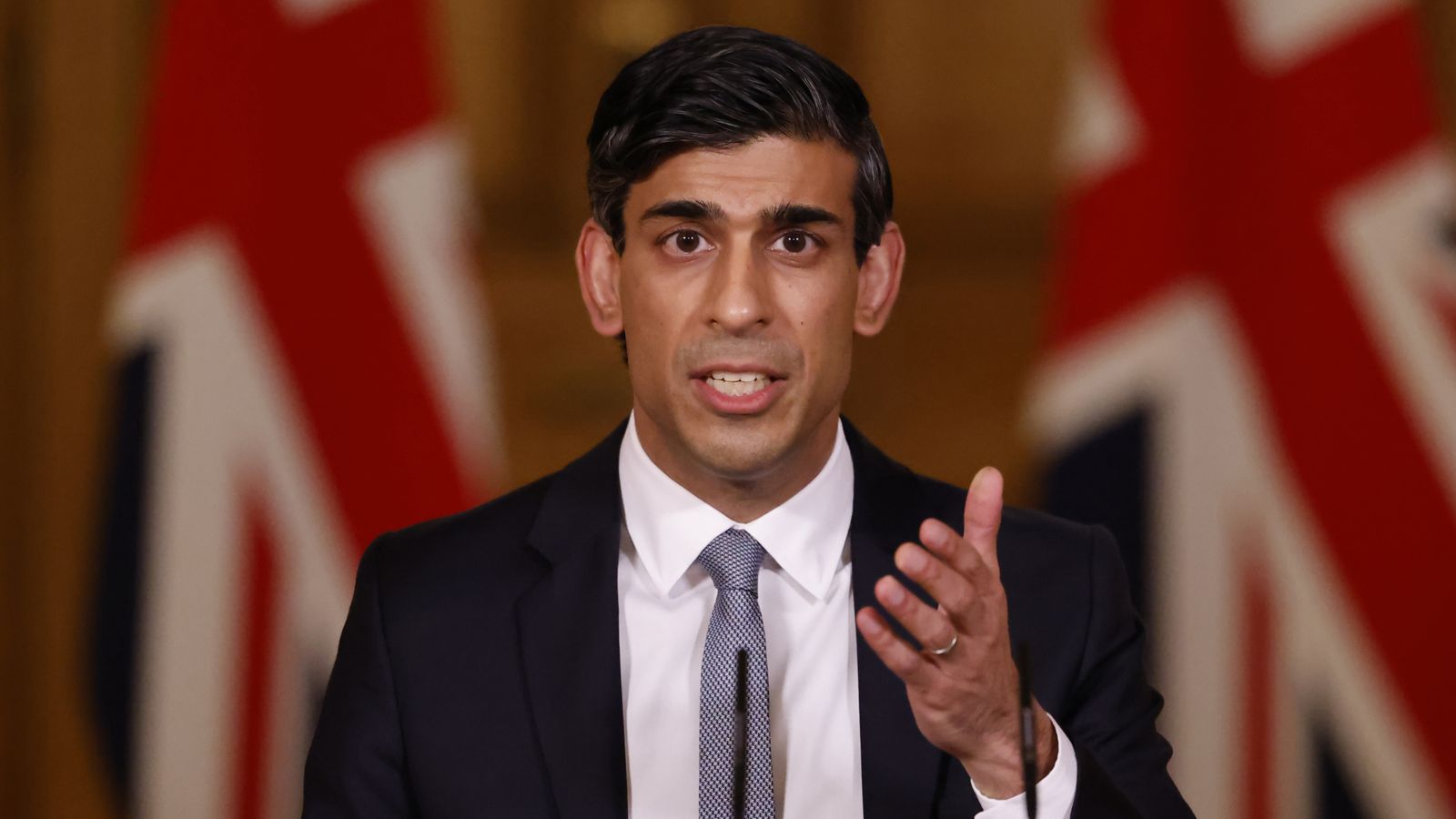 The latest figures show the national debt has passed £2.1trn as the public finances reel from the cost of the pandemic response.

The demands of the coronavirus crisis on the public purse strings forced government borrowing to its highest annual sum on record, according to official figures.

The Office for National Statistics (ONS) reported net borrowing of £24.3bn in March - a month when the chancellor revealed a budget that pledged continued support for the public health effort and extended shields for the economy from continuing COVID-19 restrictions.

The ONS said it marked the highest annual total since 1947 - when comparable records began - though it came in well under the £355bn predicted just last month by the Office for Budget Responsibility (OBR).

The start of the financial year was dominated by the crisis as the UK had just entered its first pandemic lockdown, forcing many parts of the economy into a spring hibernation as the NHS grappled surging hospital admissions.

Chancellor Rishi Sunak was forced into 15 separate announcements during the period as a whole, with at least £280bn spent tackling the crisis.

The sum includes extra money for the health service, Test and Trace, vaccines and support schemes including the Job Retention Scheme, or furlough, along with loans and grants for businesses.

The ONS said the £303.1bn borrowing figure followed a deficit of £57bn in the previous financial year.

It meant that the country has net debt of £2.14trn - the highest proportion of GDP since the 1960s.

Mr Sunak used his last budget, in March, to signal that some targeted tax rises were on the way to help ease the deficit including a freeze in the personal income tax allowance.

But he said the emphasis would be on supporting growth in the economy as it looks to bounce back from 2020 that saw output plunge almost 10% - its worst performance in more than 300 years.

There are some encouraging early signs as the country emerges from its latest lockdown restrictions.

A closely-watched reading of activity in the manufacturing and powerhouse service sectors of the economy highlighted a deluge of new orders earlier this month.

The IHS Markit/CIPS preliminary "flash" composite purchasing managers' index rose to 60.0 in April from 56.4 in March, its highest reading since November 2013.

Any reading above 50 represents growth.

Separate ONS figures released on Friday showed retail sales rebounding strongly last month despite the fact many so-called non-essential retailers were unable to reopen their doors across much of the UK until 12 April.

Volumes rose 5.4% compared with February with fashion seeing the biggest leap of 17.5%.

The proportion of cash spent online fell as more people ventured out, the figures showed.

The data builds on the findings of surveys suggesting that services, construction and manufacturing are all gearing up to cash in on pent-up demand.