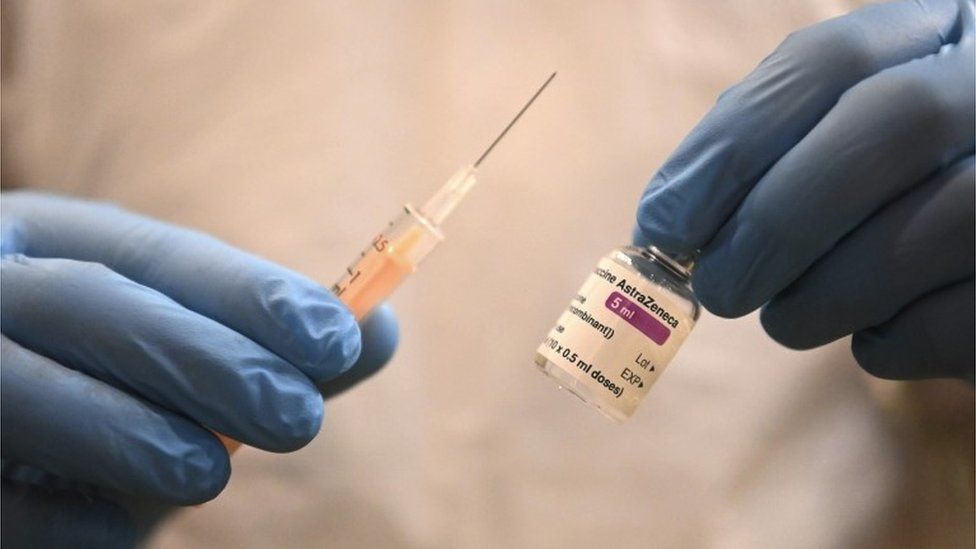 Letters for people in the age group, offering them the vaccine, started being delivered to homes on Saturday.

It comes after eight in 10 people aged 65 to 69 have taken up the offer of a jab, NHS England said.

But the Office for National Statistics (ONS ) has warned the UK is "not out of the woods yet".

More than 18 million people in England have already had one dose of the vaccine - over a third of the entire adult population.

The latest figures show that across the UK, nearly 21.4 million people have now had one dose of a Covid-19 vaccine, with more than a million now having had both doses required.

Dr Nikki Kanani, NHS England national medical director for primary care, said: "The NHS vaccine programme is committed to protecting the country against coronavirus, and it is testament to our incredible staff that we can now move on to the next age group."

She praised the "careful planning and the hard work" of their staff in carrying out so many vaccinations so far.

The aim is to vaccinate everyone aged 18 or over in the UK with one dose by the end of July, and the government says it is on track to make this deadline.

It comes as the head of the ONS says the current lockdown has been a success, but the UK is "not out of the woods yet".

National statistician Prof Sir Ian Diamond told the BBC there had been "very strong reductions" in case numbers overall, but that in the north-east and east of England the decline has "flattened off, potentially".

Other areas, like the South West and South East, have continued to see cases decline, Prof Diamond said.

The ONS conducts a survey of thousands of households to gauge the spread of coronavirus.

There has been a decline in the number of cases in the UK, with the most recent figures, reported on Saturday, showing a further 6,040 positive tests.

The number of deaths in the UK has also been falling, with a further 158 within 28 days of a positive coronavirus test reported in the latest government figures.

This has coincided with the success of the UK's vaccination programme, which has seen two-fifths of adults receive a first dose so far.

Lockdowns have been in place across the UK since early January. On Monday, restrictions in England will begin to be eased as many pupils return to school. 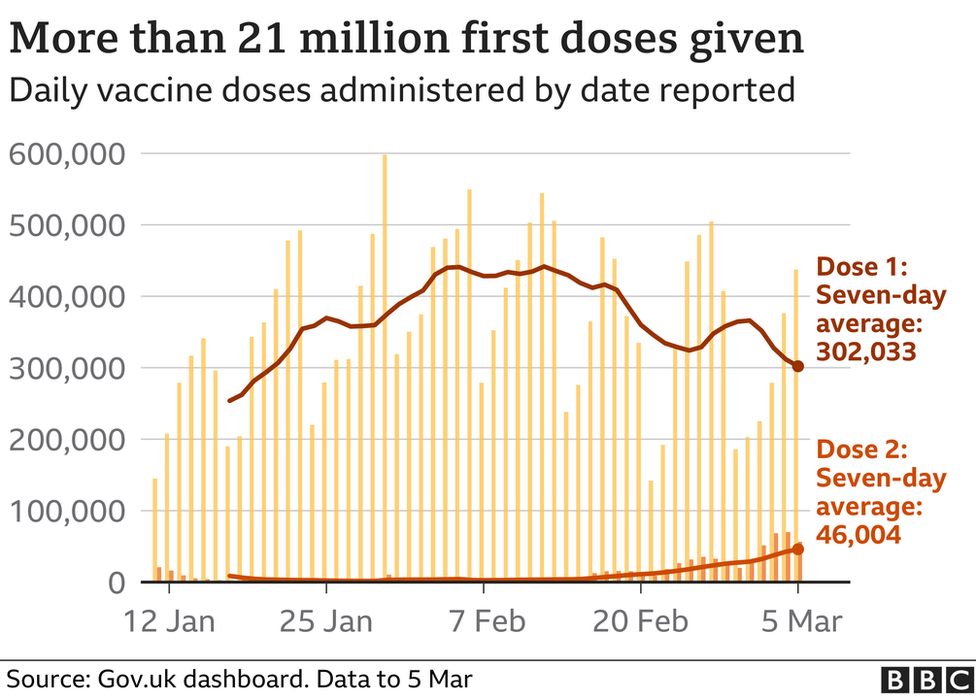 Deaths from coronavirus have fallen by 41% in a week, while hospital admissions have seen their fastest-ever fall, the health secretary said on Friday.

Mr Hancock said the average number of cases was 6,685 per day, the lowest since late September.

Meanwhile, an infectious disease expert said the "next few weeks are going to be crucial" for keeping infection rates down with the full reopening of schools.

Dr Mike Tildesley, a member of the government's SPI-M modelling advisory panel, told Times Radio the R number - which shows the rate at which coronavirus is spreading - would rise when children go back to their classrooms, but the continuing progress of vaccinations would cause it to reduce.

There are concerns about getting parental consent for Covid tests ahead of pupils' return to schools. A survey found more than half of secondary head teachers had faced difficulties getting parental approval so far.

Questions have been raised too about the accuracy of the rapid lateral flow tests being used, while critics of masks for older pupils say they will harm learning.