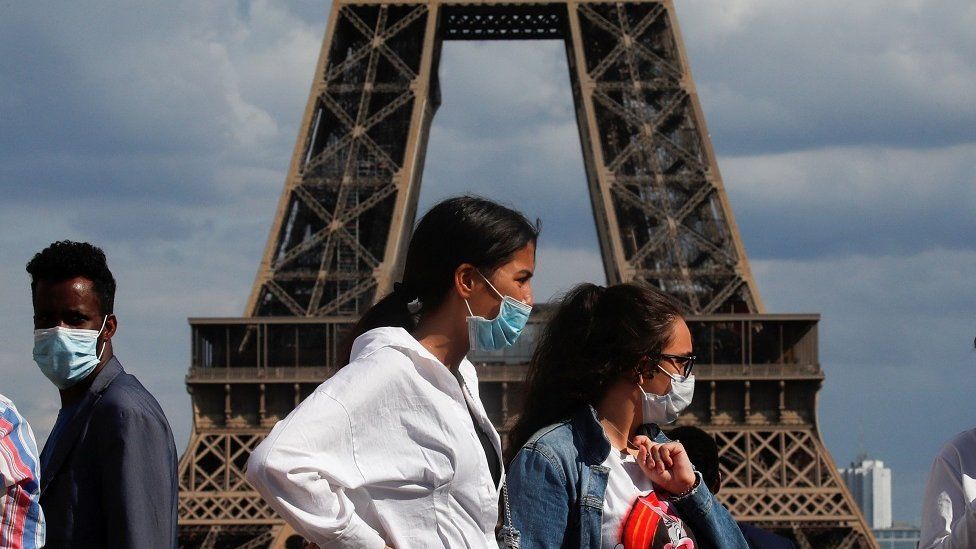 Fully vaccinated people can now visit France without quarantining on their return to the UK, after travel rule changes came into force at 04:00 BST.

Brittany Ferries said it had received a "surge" of bookings following the rule changes announced on Thursday.

But travel agents said the relaxation of quarantine for one of the UK's most popular destinations came "too late to save the summer".

Meanwhile, travellers in Mexico had to rush back to avoid hotel quarantine.

Under the latest changes to the UK's traffic light system for travel, the rules have been relaxed for a dozen countries.

France moved from its own amber-plus category on to the amber list, which means children and fully vaccinated passengers do not have to quarantine on their return, although unvaccinated travellers still have to self-isolate at home for 10 days.

It comes as the UK recorded 27,429 new Covid cases on Sunday, as well as 39 deaths within 28 days of a positive test.

Sunday's data means that after a consistent fall since mid-July, the weekly total of cases has shown a slight increase over the previous seven days, of 1.9%.

Among those to benefit from the rule changes is Emma Wood, who lives in Laon, France. Her parents, from Northallerton, North Yorkshire, are planning to visit France next week to meet Emma's six-month-old daughter for the first time.

"We're so pleased but we daren't get our hopes up until they're here," she said. "They were going to come before but then they introduced the new amber-plus list."

She said she usually saw her parents five or six times a year but had not seen them in more than 12 months.

"My mum has been desperate to see her granddaughter," she added. 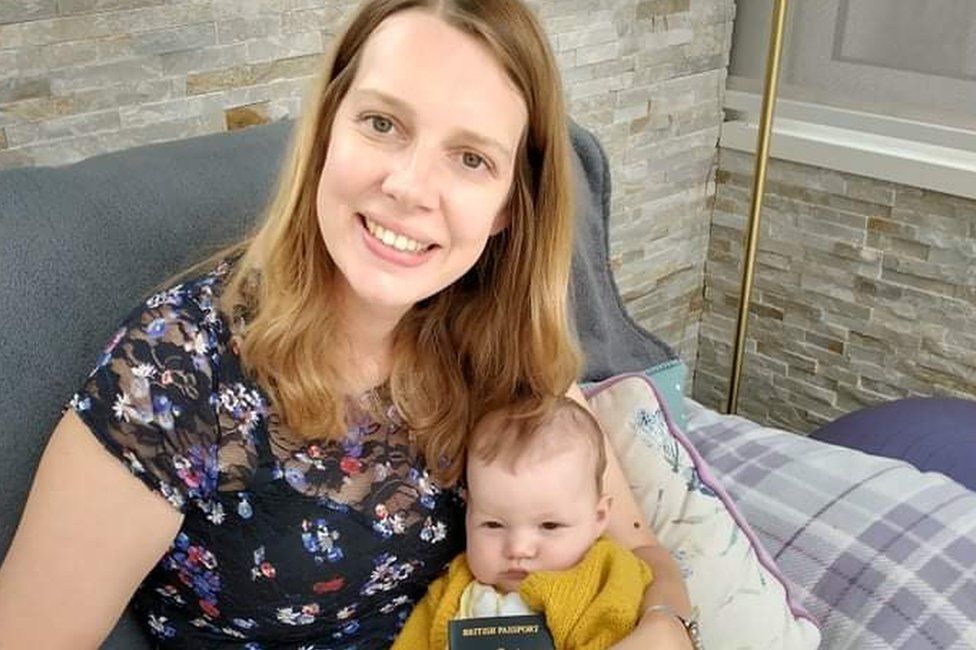 Londoner Kyle Frank has also booked a trip after the change was announced. He plans to drive to Nice because he feels it is safer than taking a plane - and so he can bring his puppy, Indy, with him.

"It would have been great to book it before but everything has been changing so rapidly it's hard to understand when it will be safe to travel. So I'm trying to go now while I can," he told the BBC.

"There's no quarantine when I get back to London so I can get straight back to work." 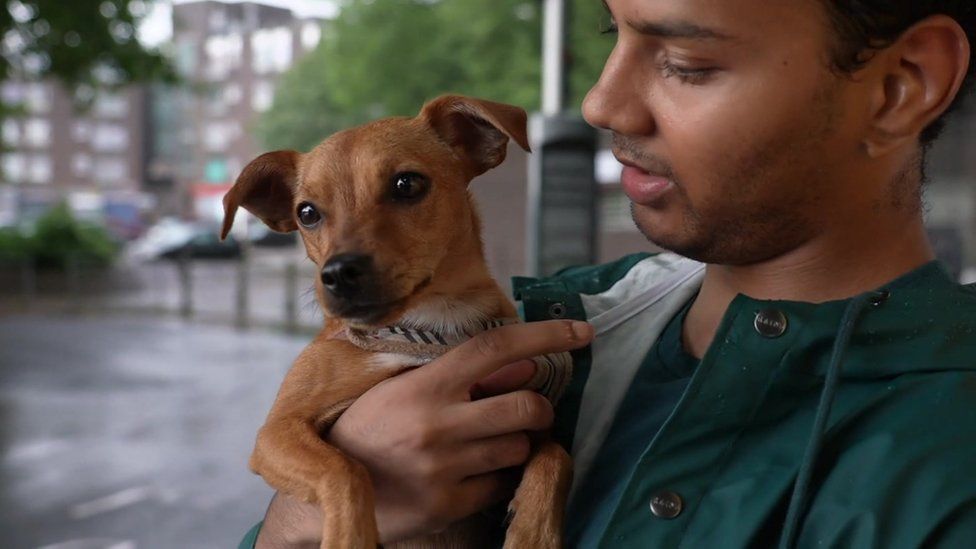 At a glance: The latest changes

Moved from amber-plus to amber: France

Moved from red to amber: India, Bahrain, Qatar and the UAE

Christophe Mathieu, chief executive of Brittany Ferries, said the company had seen bookings surge after it was announced travel rules for France were being relaxed.

But the company still only expects to carry a quarter of its usual number of passengers.

"Let's be realistic, we would need tens of thousands of people booking to make up for the poor season," Mr Mathieu said.

"It's more than welcome this announcement, it's good news, but it comes in a year when at the end of the day for us everything is about 2022 and making that a real, normal year."

The UK government sets the red, amber and green lists for England, while the other nations are in charge of their own lists. Scotland, Wales and Northern Ireland confirmed they will be adopting the same changes as England - although Wales criticised the UK government for not consulting them.

There are now 36 countries on the green list - from which even unvaccinated travellers do not have to quarantine - following the addition of seven more nations, including Germany, Austria and Norway.

And India, Bahrain, Qatar and the United Arab Emirates have been moved from the red list to the amber list.

Countries have their own rules about allowing visitors - so being on the UK's green list does not guarantee travellers can visit.

'Too late to save summer'

But one travel agent said the latest changes had only made a small difference and testing requirements were still putting many Britons off booking foreign trips.

"It's far too late to save the summer," said Julia Lo Bue-Said, from the Advantage Travel Partnership.

She said a lot of people had already made their holiday plans and the increase in bookings had been "marginal".

"When you think that most businesses are 80% down, you need a huge volume to make up the shortfall they're experiencing," she said.

Four destinations are also subject to tighter restrictions. Mexico, Georgia, and the French overseas territories of La Reunion and Mayotte in the Indian Ocean, have been added the red list.

Only British citizens, Irish citizens, and UK residents can travel from red list countries and they must stay for 10 days in hotel quarantine at a cost of £1,750 for one adult - which increases to £2,285 from 12 August.

Lotis Bautista, one of thousands of Britons on holiday in Mexico when the announcement was made, paid hundreds of pounds to cut short her trip by a week and rush back home before Sunday's deadline.

She said she and her husband could not have afforded the costs of hotel quarantine.

"I would be lying to you if I said I wasn't incredibly upset when it happened. Even though you know there are risks, you hope there might be a more responsible way of doing things from the government," Ms Bautista said.

"We're eighteen months into he pandemic and we're still being being given two, three days' notice." 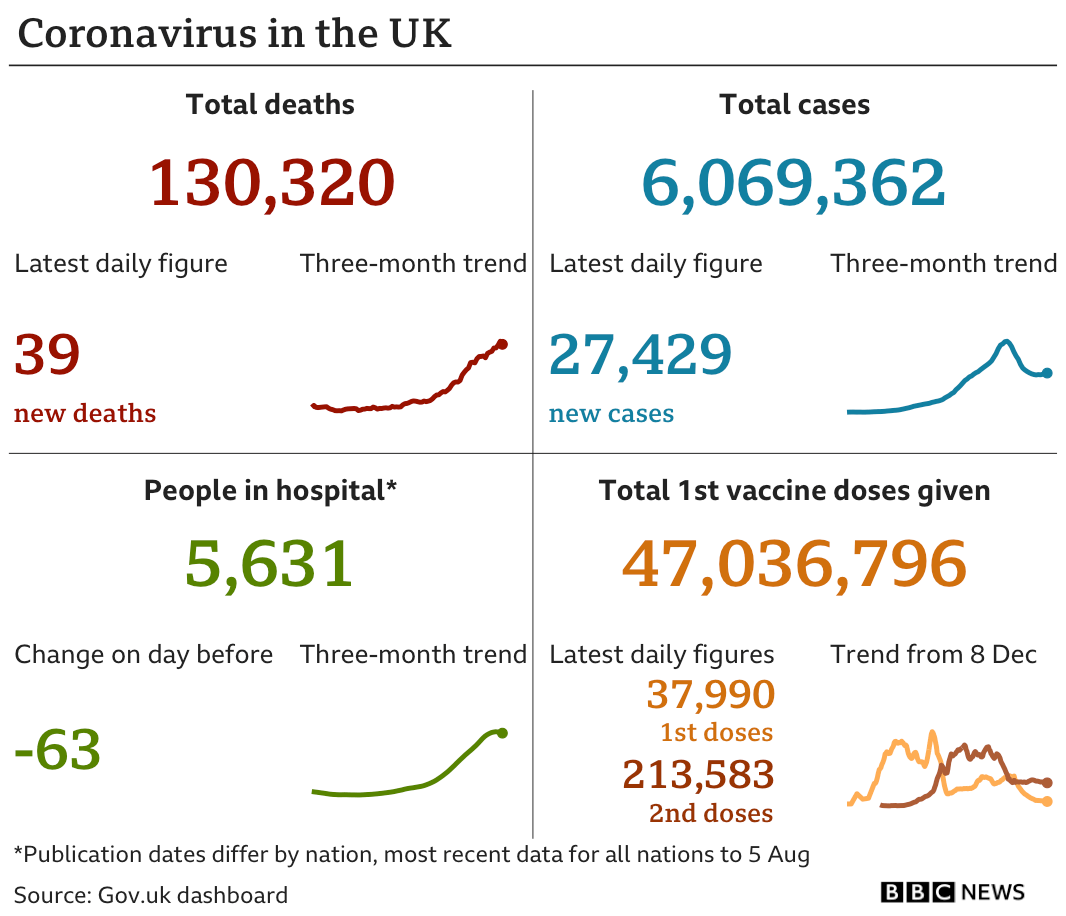