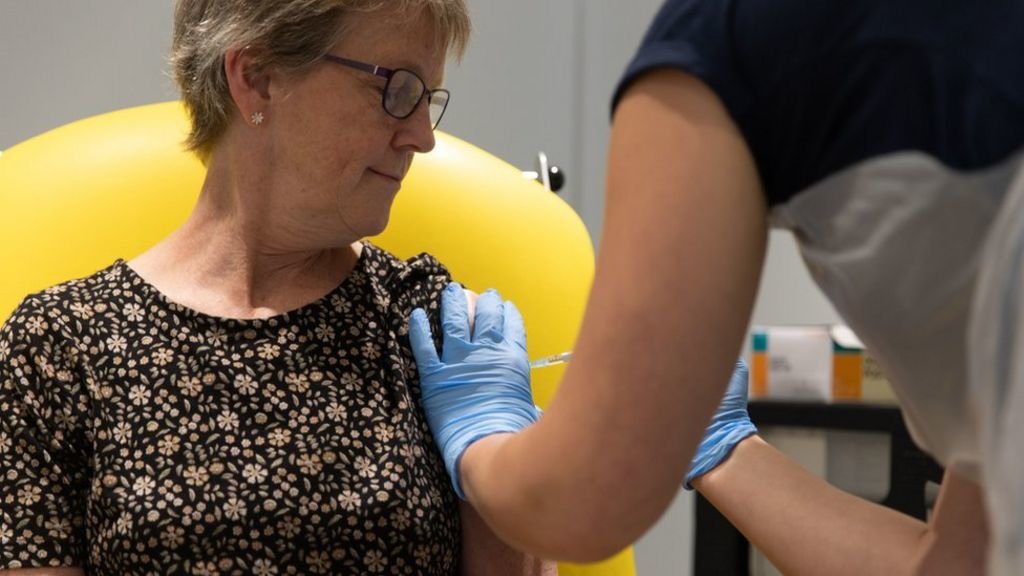 The Cabinet Office minister told the BBC: "That's not the plan."

His comments come after the vaccine minister suggested businesses could bar those who have not had a jab.

The vaccine rollout in the UK is expected to begin before Christmas, subject to regulatory approval.

Nadhim Zahawi has been appointed as a new health minister to oversee rollout of the vaccine in England.

Asked on Monday whether people who get the Covid-19 jab will receive some kind of "immunity passport" to show they have been vaccinated, Mr Zahawi told the BBC: "We are looking at the technology.

"And, of course, a way of people being able to inform their GP that they have been vaccinated.

"But, also, I think you'll probably find that restaurants and bars and cinemas and other venues, sports venues, will probably also use that system - as they have done with the (test and trace) app.

"I think that in many ways, the pressure will come from both ways, from service providers who'll say, 'Look, demonstrate to us that you have been vaccinated'.

"But, also, we will make the technology as easy and accessible as possible."

However, asked about the possibility of vaccine passports, Mr Gove told BBC Breakfast: "Let's not get ahead of ourselves, that's not the plan."

"What we want to do is to make sure that we can get vaccines effectively rolled out."

He added that individual businesses would "of course" have the "capacity to make decisions about who they will admit and why".

"But the most important thing that we should be doing at this stage is concentrating on making sure the vaccine is rolled out."

Why it's too soon to talk about proof of vaccination

If a Covid vaccine becomes available, the NHS will keep a log of who has received it. That will be to make sure people are given the right number of doses and to allow any monitoring and follow-up.

But asking individuals to carry proof of vaccination would be for a different reason - to cut the risk of transmitting Covid to others.

Some countries already require immunisation certificates for diseases such as polio or yellow fever to prevent global spread.

The difficulty with proposing the same for Covid-19 is we don't yet know if immunisation stops someone being contagious.

The vaccine trials so far show that jabs are very good at preventing illness, but more studies are needed to determine if they will also prevent a person from "shedding and spreading" the virus.

That's why it's premature to talk about vaccine passports to give people access to pubs and clubs, let alone other countries.

Health Secretary Matt Hancock told a Downing Street press conference on Monday: "For a long time now we've been looking at the questions that minister Zahawi was talking about and the question of what's the impact on the individual in terms of what they can do."

But he added that the government did "not plan to mandate the vaccine".

Many businesses have previously touted the idea of so-called immunity passports, which would allow people to get on a plane or visit a hospitality venue by showing proof that they were not infectious.

The BBC's technology correspondent Rory Cellan-Jones said that the idea of storing vaccination records in the NHS Test and Trace app is controversial with privacy experts warning that using the app to display a user's vaccination status might lead to employers or public places making its use compulsory.

He adds: "Complex decisions would be involved, such as whether the app simply records immunisation or the results of later immunity tests proving that the user is no longer capable of spreading the virus."

Michael Gove says Covid immunity passports are "not the plan"