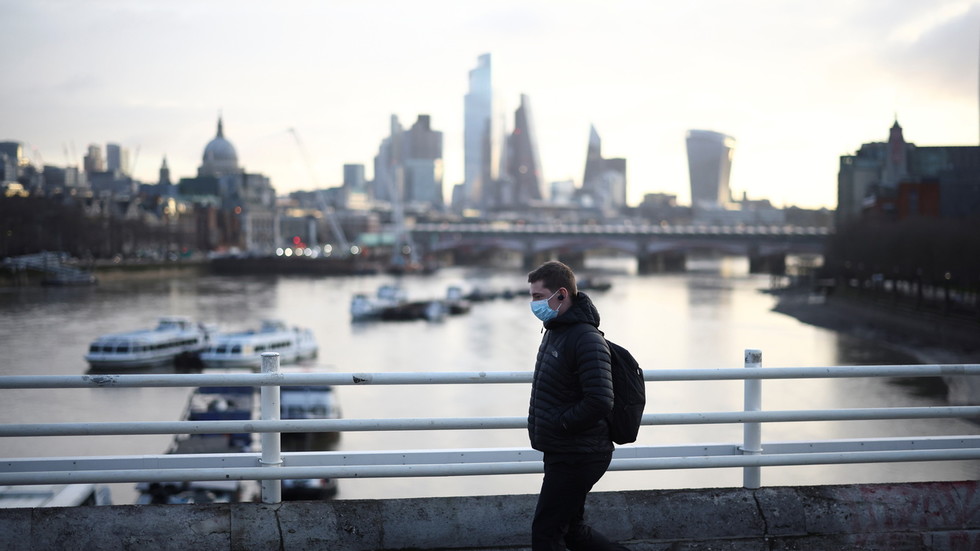 The national lockdown has not resulted in a drop in Covid-19 cases during past seven days, according to the latest weekly infection survey by the Office for National Statistics, as numbers remain largely unchanged.
While infection levels and hospital admission rates in England have fallen slightly, official statistics show that they still remain at a high level across the country, with around one in 55 people, 1.9 percent of the population, estimated to have had the virus between January 17 and 25.

This is the fourth week in a row that the ONS has estimated that more than a million people in England were infected with Covid-19 and showed that the new, highly infectious variants of the virus are making lockdown measures – which helped in the past – less effective.

London continued to report the highest number of new infections in the country, as one in 35 people had the virus, and the East Midlands saw the percentage of positive cases continue to rise, while rates fell or plateaued in other areas.

Even though infections across most of the country are slowly coming under control, the death rate has risen, as predicted by Professor Chris Whitty on Wednesday. England's chief medical officer had warned that, due to the delay in death statistics catching up with falling infection rates, we should expect to see "a lot more deaths" over the next few weeks.

The figures are a blow to the government, as it faces increasing pressure from members of Prime Minister Boris Johnson's own party to announce when the national lockdown will end.
#COVID-19  #Covid  #Boris Johnson
Add Comment