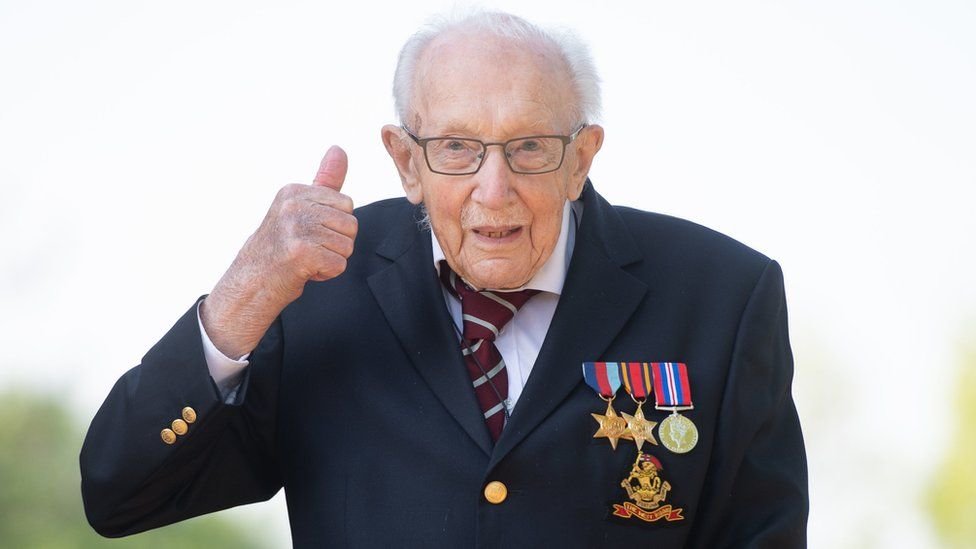 Covid-19: Captain Sir Tom Moore's family with him in hospital

Captain Sir Tom Moore's family are with him in hospital after he was admitted with coronavirus, the hospital has said.

The 100-year-old, who raised almost £33m for the NHS, was taken to Bedford Hospital on Sunday after requiring help with his breathing.

In a statement released with his daughters' consent, Bedford Hospital said it continued to care for him.

"At this time, members of Captain Tom's family are with him," it added.

The statement concluded with a request for "space and privacy" for relatives.

Capt Sir Tom had been treated for pneumonia over the past few weeks and last week tested positive for Covid-19, his daughter, Hannah Ingram-Moore, said on Twitter on Sunday.

She added he needed help with his breathing and was being treated on a ward, but not in ICU.

Bedford Hospital states on its website that visitors are not permitted due to current restrictions, unless there are exceptional circumstances.
Capt Sir Tom had not yet received a Covid-19 vaccine because of the medication he was taking for pneumonia, a family spokesperson had said previously. 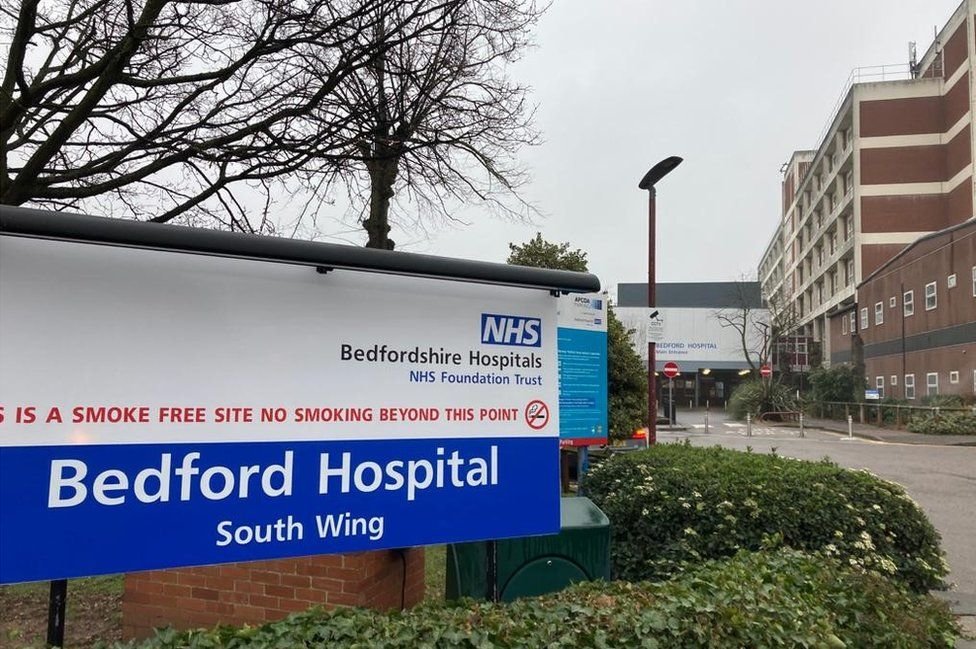 The family statement issued at the weekend said: "The medical care he has received in the last few weeks has been remarkable and we know that the wonderful staff at Bedford Hospital will do all they can to make him comfortable and hopefully return home as soon as possible.

"We understand that everyone will be wishing him well."

On Sunday, Prime Minister Boris Johnson tweeted that his thoughts were with Capt Sir Tom and his family. "You've inspired the whole nation, and I know we are all wishing you a full recovery," Mr Johnson wrote.

The Army veteran, originally from Keighley in West Yorkshire, came to prominence by walking 100 laps of his garden in Marston Moretaine, Bedfordshire, before his 100th birthday during the first national lockdown.

He was knighted by the Queen in July.

NHS Charities Together, which benefited from the millions raised, said he was an "inspiration to the country" and had also inspired many others to raise money for the same cause.

Capt Sir Tom, who was given the honorary title of colonel on his 100th birthday, had initially set out to raise £1,000 by repeatedly walking an 82ft (25m) loop of his garden.