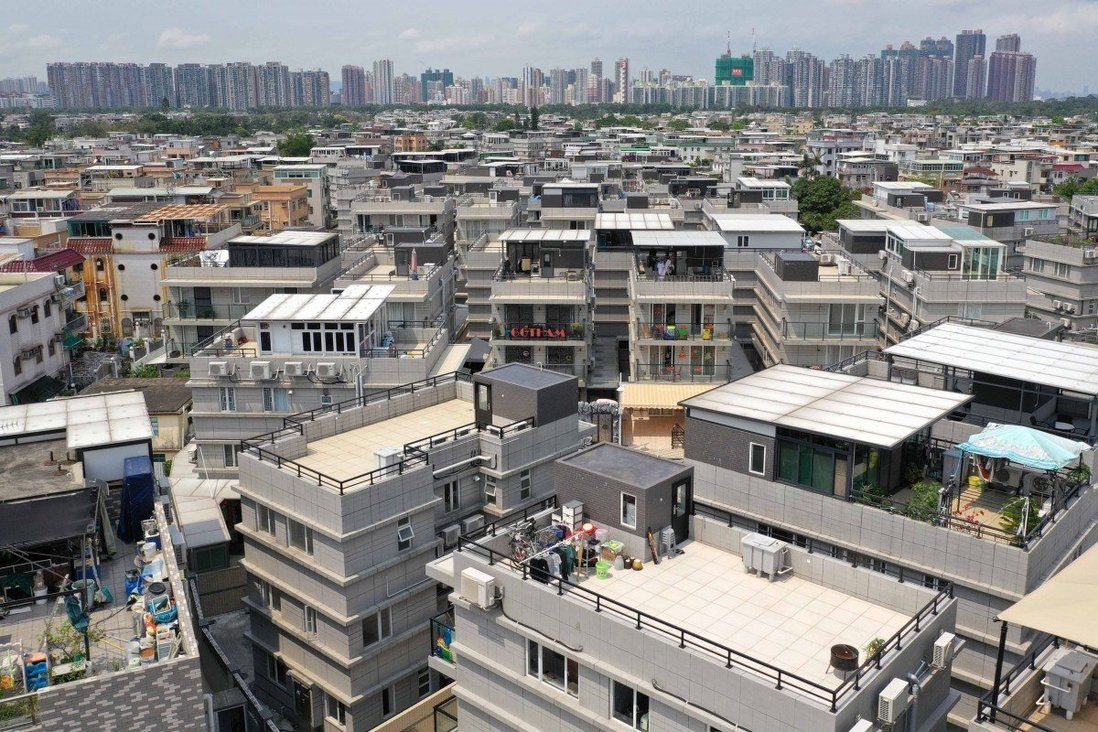 But right is an ‘inherently imperfect’ one because it has never had statutory basis and is subject to discretion of Lands Department, judges find.

Hong Kong’s top court has ruled that male indigenous villagers have a constitutionally protected right to apply to build small houses on their ancestral or government-granted land, ending the debate on the legality of the controversial policy.

Applicant Kwok Cheuk-kin had argued that the so-called ding right, which allows the villagers to apply for permission to build three-storey homes in the New Territories, was discriminatory on the basis of sex, birth or social origin.

But both the government and the Heung Yee Kuk, the rural powerhouse representing villagers’ interests, countered it was one of “the lawful traditional rights and interests of the indigenous inhabitants” protected by Article 40 of the Basic Law, the city’s mini-constitution. 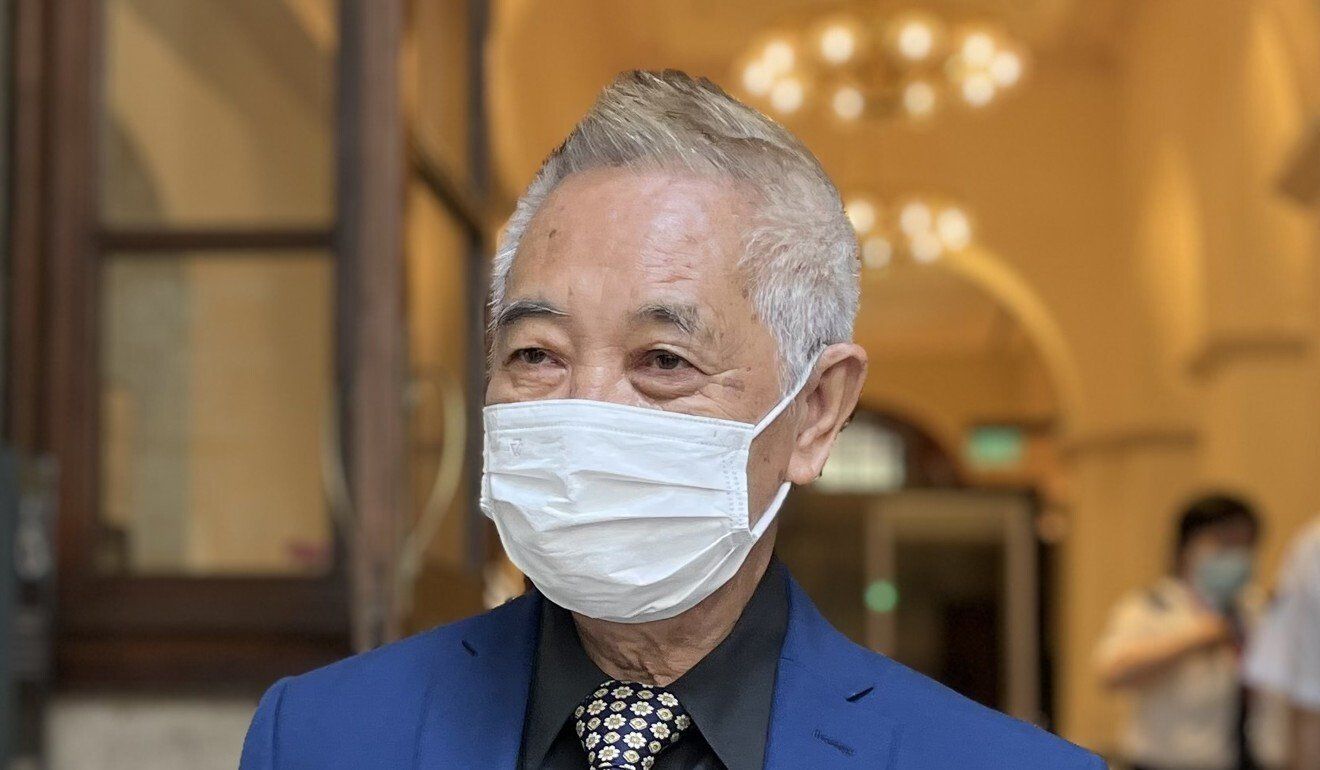 Kwok Cheuk-kin outside the Court of Final Appeal earlier this month.

In dismissing Kwok’s challenge, the Court of Final Appeal on Friday acknowledged that calls to axe the policy, which the British colonial government created, were made in the run-up to the promulgation of the Basic Law.

“[Article 40] marked the rejection of these demands,” the 34-page judgment read.

But the court also noted that the protection only stood while the policy remained in force as it currently existed, adding the right was an “inherently imperfect” one because it had never had a statutory basis and was subject to the discretion of the Lands Department.

“Unless [Article 40] makes the small-house policy immutable (a question which we do not decide), [the policy] may change,” the judgment read.

Kwok said he was “rather surprised” by what he described as an unreasonable judgment as it upheld discrimination against women. Although the ruling brought to an end a battle he first started in 2015, he pledged to try one more option: writing to the National People’s Congress Standing Committee, China’s top legislative body, to ask for an interpretation of the Basic Law.

“This is for the entire country,” he said.

A spokesman for the Development Bureau said the government welcomed the court’s decision and authorities would continue to receive and process applications to build the small houses.

Kuk chairman Kenneth Lau Ip-keung said the group was “happy” with the ruling.

“We hope this will serve as a foundation to free up more land in the New Territories. Since these village lands are already in a very convenient area, next to MTR stations or next to the city, we’re willing to explore this opportunity to make use of the land to build more housing for Hong Kong,” he said.

Lau also urged the government to speed up processing of construction applications, noting about 10,000 applications were still pending approval. Only 200 requests were allowed in 2020, or about a fifth the usual number, he added.

Brian Wong Shiu-hung, a member of the Liber Research Community land concern group, said the ruling was a “victory” for the government but only a “partial win” for the kuk.

“Heung Yee Kuk wanted to argue that ding is their personal right or entitlement, but the court ruling says very clearly that they only have the right to apply [to build a small house]. Approval is based on government discretion, so the policy is still subject to control,” he said.

Formulated by the British colonial administration in 1972, the policy is widely seen as unfair in a city that is constantly starved for space. Kwok, a retired civil servant whose frequent challenges to the government has earned him the nickname of “king of judicial reviews”, applied for a judicial review in 2015 after 11 indigenous villagers were jailed for up to three years for a scam in which they sold their land rights for profit.

He scored a partial victory in 2019 when the Court of First Instance held that private treaty grants and exchanges – involving land granted by, or exchanged with, the government – were not protected by Article 40 and therefore unconstitutional. All of the parties appealed.

Earlier this year, the Court of Appeal concluded that the policy was constitutional in its entirety, overturning the findings in respect of private treaty grants and exchanges, while upholding as a traceable traditional right the licence to freely build on private land.

Kwok had almost given up his battle when the top court waived the HK$4.8 million (US$616,770) he needed to pay in security for costs, considering his bankruptcy and the public interest involved in the case.

At a hearing last month, Kwok’s lawyers had argued that the anti-discrimination provisions in the Basic Law and the Hong Kong Bill of Rights qualified and limited the scope of Article 40, while the respondents countered it was the other way round.

On Friday, the court concluded that the latter view was correct, given that “the specific prevails over the general” as a principle of statutory construction and Article 40 was a specific provision dealing with the special position of a particular class of people.

“Absent [Article 40], all the various advantages enjoyed by the indigenous inhabitants of the New Territories would be inherently discriminatory unless they can be objectively justified as being necessary in pursuit of a legitimate aim,” the court said.

As to what qualified as traditional rights, the judges said the lower appellate court was right in ruling that they referred to ones recognised as traditional in April 1990, when the Basic Law was promulgated.

“[The ding right was] traditional in 1990 not because they were traceable to any rights or interests … but because the beneficiaries were confined to members of long-standing and relatively immobile village communities which had been treated as a separate category throughout the period of colonial government, and because they had by then passed through the male line in the same families for nearly nine decades,” the judges continued.

But the court also dismissed suggestions from the respondents that the policy could not be challenged by a “busybody” such as Kwok after an exceptional delay, ruling he had sufficient standing because the only people who would have a greater interest in the matter were beneficiaries who clearly had no interest in challenging it.

“It cannot be right to allow the executive to continue to act unlawfully, simply because no one challenged it at the outset,” the judgment continued.