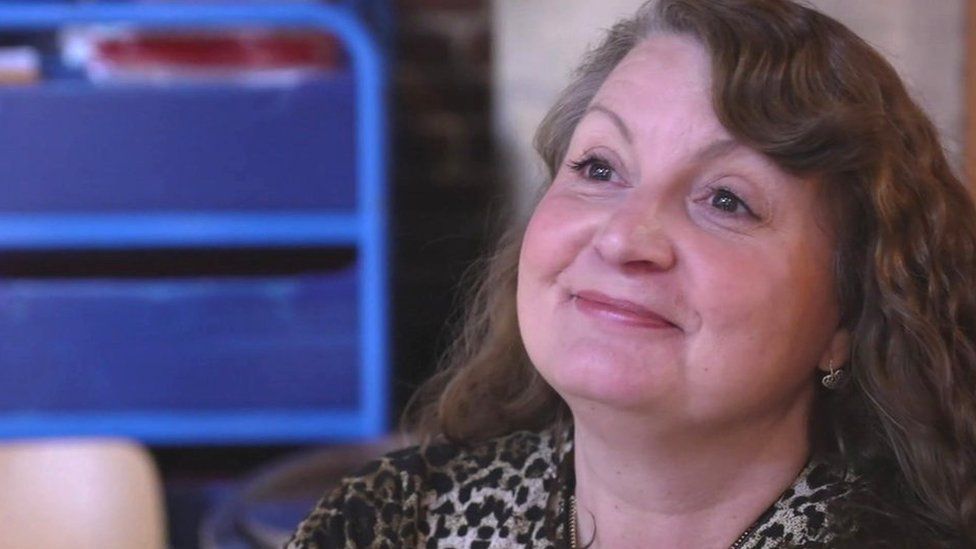 Cost of living: 'What do you put first? Food, heating or petrol?'

Fuel prices at UK pumps have hit all-time highs, and experts predict they will rise further due to the Ukraine crisis.

The average price for a litre of petrol has been heading towards 150p and diesel prices are also at a record.

At a toddler group in Woking, Surrey, children are happily playing with toy cars. But the cost of running real-life vehicles is an increasing worry for their parents and carers.

Mandy Watts depends on her car for work, but thinks "the cost of petrol has gone through the roof".

Going carless isn't an option for Mandy, but she is trying to use it less.

"Being a single parent as well, you have to think about these things. Is it petrol, is it food, is it heating, what do you put first? Food and heating has to come before petrol. So I tend to limit a little bit where I go now."
RAC fuel spokesman Simon Williams thinks high petrol prices are set to persist. "Any uncertainty on the oil market will keep prices high. And unless the pound gets stronger, I think drivers could be paying above 150p for some considerable time".

Oil rose above $100 per barrel after Russia began its invasion of Ukraine, and this is expected to filter down to the price drivers pay at the pump.

Back at the toddler group, Mariam Akhtar says she needs her car to get her two children to nursery and other activities, and for the supermarket shop.

She has also noticed fuel prices going up. Her regular £40-50 top-up disappears within a week.

"It really does hit our budget. I'm trying to save up for a house as well. So you're trying to [budget around] your petrol, your life, your kids' lives. I think I spend more money on petrol than my kids' essential things." 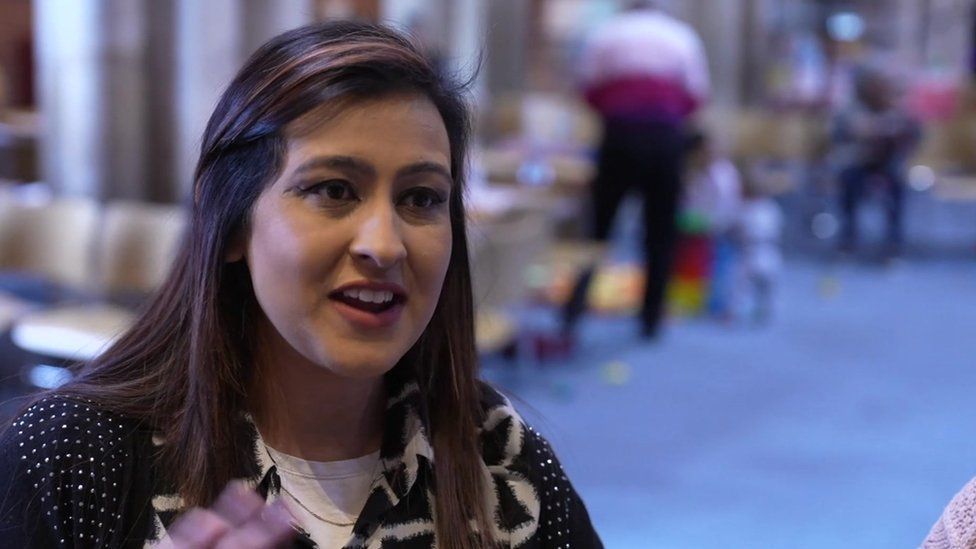 Businesses are feeling the pinch too.

He would like to see the government introduce measures in the Spring Statement which ease the cost of doing business, and make it easier to transition to low-emission vehicles.

"Close to half of small firms pointed to fuel as a main cause of rising costs last quarter, up from one in seven in the same period last year," he says.

"In remote areas, and especially in sectors where moving physical goods around is fundamental to business models, higher fuel prices will really be eroding bottom lines." 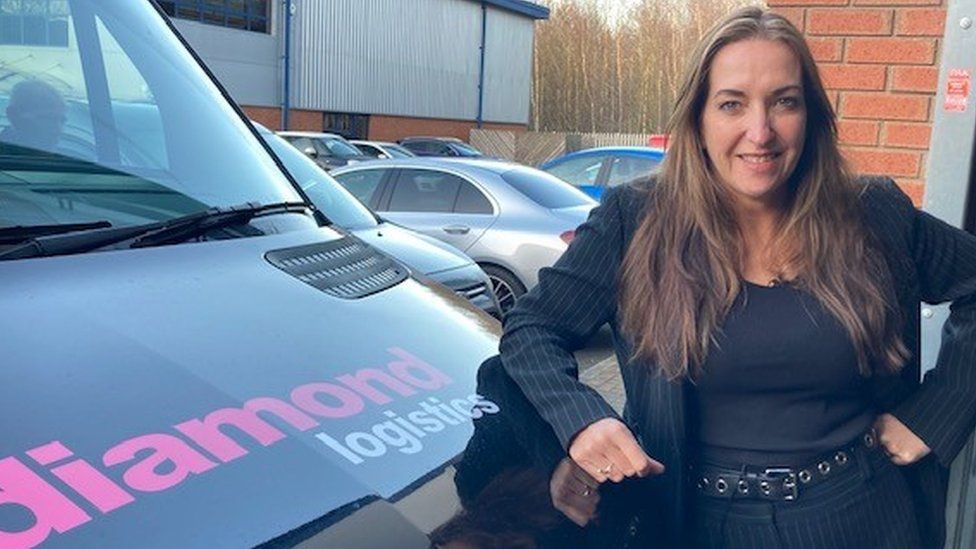 Its vans, motorcycles and lorries transport a wide range of goods, from blood products to electric car chargers.

As well as facing higher bills for filling up her firm's own vehicles, she says "we've got pressures on pricing from our suppliers, the carriers who dispatch our overnight and international consignments".

"Not only are they going up on an individual basis, we've got a variable fuel surcharge - and that can be as much as 25% at the moment."

Diamond Logistics has done what it can to mitigate the impact, but it has put up its prices recently. "That will be passed on our customers' customers too," Kate says. "We're going to see a rise in the price of goods as a result".

It's not only couriers and haulage firms being stung by soaring prices at the pump.

"Our biggest overhead after wages is diesel for the vans and petrol for the tools. It's having a big impact".

"It's odd now that I'm filling one of these vans and the amount is over £100. I can't believe that, it's always been less than that in my lifetime." 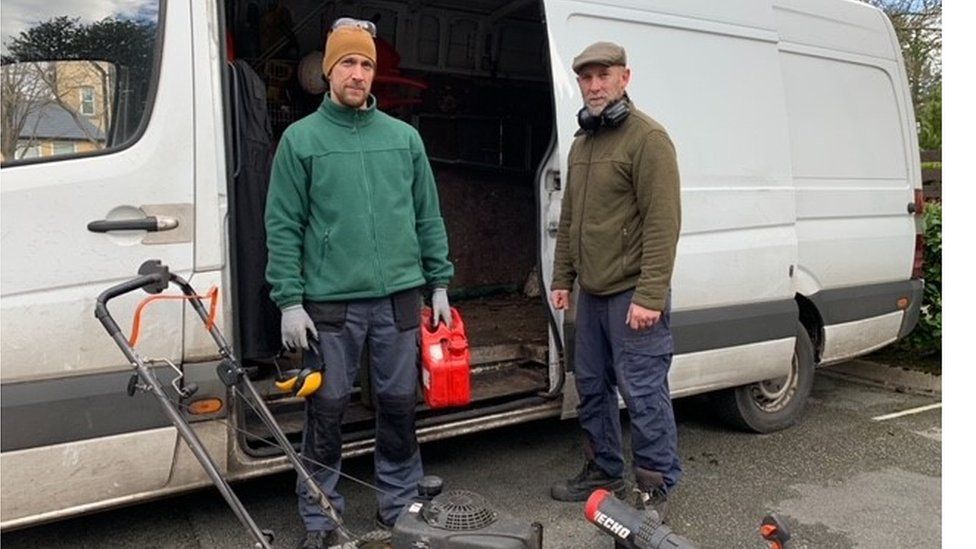 Turnover's the same, Lee says, "but the profit margin's getting squeezed and squeezed".

"We're going to have to look at things like, not change our fleet of vans for longer, make do and mend with the tools."

He expects he'll have to start charging customers more.

Lee also worries about the effect on his staff when he can't afford to put up wages further. "If their bills are going up, in effect they're getting a pay cut."

UK inflation has hit a 30-year high and the Bank of England has predicted it will reach 7% in the spring.

Anna Leach, from the CBI business group, says consumers are in "quite a vulnerable position", with their spending power affected by the rise in the energy price cap.

"Businesses as well have already been suffering from the impact of electricity costs as well. So this really doubles down on a situation which was already very bad for consumers and businesses."

She says rising prices could ultimately hit economic growth as people buy less as a result. 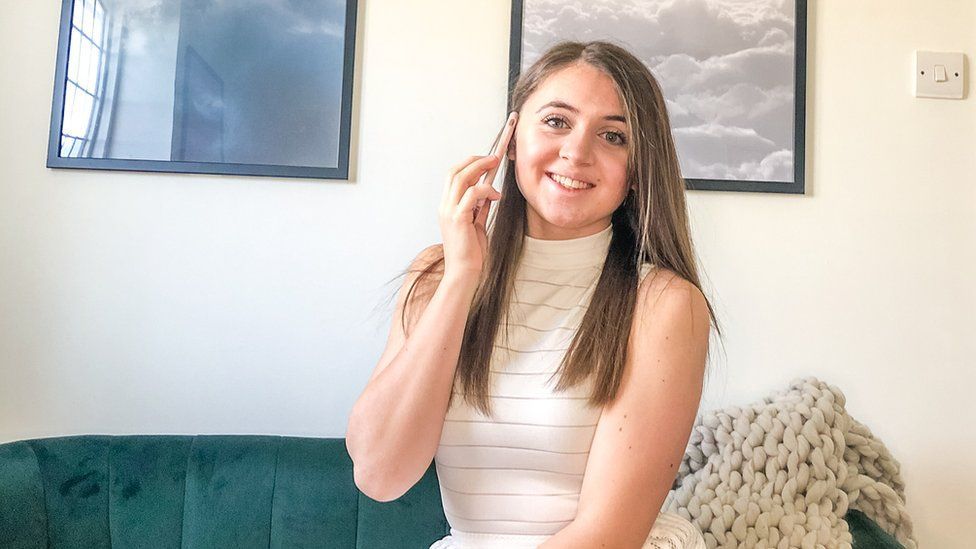 Some businesses and sole traders are looking at ditching car use altogether, to avoid the financial hit.

Wedding planner Poppy Brown normally travels across the UK to see venues, meet suppliers, and meet the couples she works with.

"Up until now, I have always driven as I find it's most convenient. However, now I'm looking at other means such as trains, as this actually may work out cheaper now. Otherwise it may even be a zoom call rather than an in-person visit."

Despite the inconvenience, she is trying to look on the bright side.

"I do feel there are positive changes for the environment, and on the train I can actually get some work done."