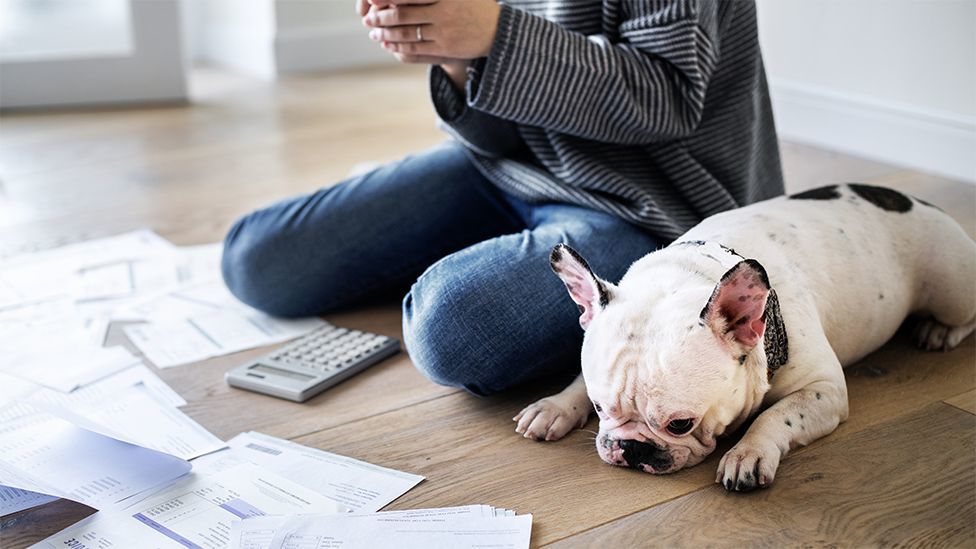 And if you're a pet owner, it can be difficult to save money while keeping the same level of care.

The Dogs Trust says the number of owners speaking to them about giving up their dog has "risen to the highest levels" since 2014.

It received 4,370 inquiries in July, a trend it says is going up each month and has doubled from the start of 2021.

"Economic crisis can and will lead to people having to give up their dogs because they simply can't afford to look after them," says Dogs Trust chief executive Owen Sharp.

He says the charity have taken more than 15,000 handover calls this year and are speaking to families "forced to make impossible choices because of their financial situations".

So how can you look after your pet but still save money? Radio 1 Newsbeat has been speaking to a few experts who have given us their top tips.

Animal charity the RSPCA found 78% of 4,000 pet owners feel the cost of living crisis is going to impact on their animals, with 19% saying they're really worried about being able to afford to feed their pets.

According to veterinary nurse Shauna Spooner, from the PDSA vets charity, buying food in larger quantities will "generally be more cost effective".

"A larger bag is going to save you a few pennies each day but it all adds up." 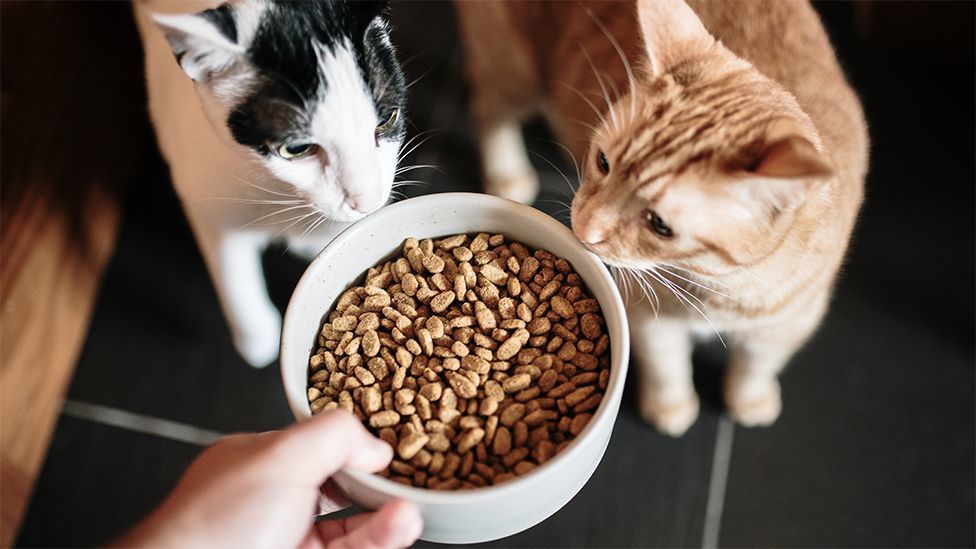 You should also look for cheaper brands or, if you're feeling creative, you can make some pet treats at home, according to Steve Craddock from Battersea Dogs and Cats Home.

"There's quite a few recipes out there. So things with using frozen ice, perhaps some fruit slices, but make sure it's made right for your pet."

You might think about feeding them human food as a way of saving money? But Dr Samantha Gaines from the RSPCA says not to do that.

"We would advise against feeding pets human food, as our pets have very specific needs."

There is no NHS for pets so you should consider pet insurance, says nurse Shauna.

"It might seem a little counterintuitive, especially if your pet isn't insured already as it will be a monthly cost."

But she says it'll be cheaper than the "expensive vet bill" you'll get if there was an emergency.

And prevention of illness is also key.

"So this is vaccinations, flea and worm treatments, neutering as well, because that will prevent health problems later down the line," says Shauna. 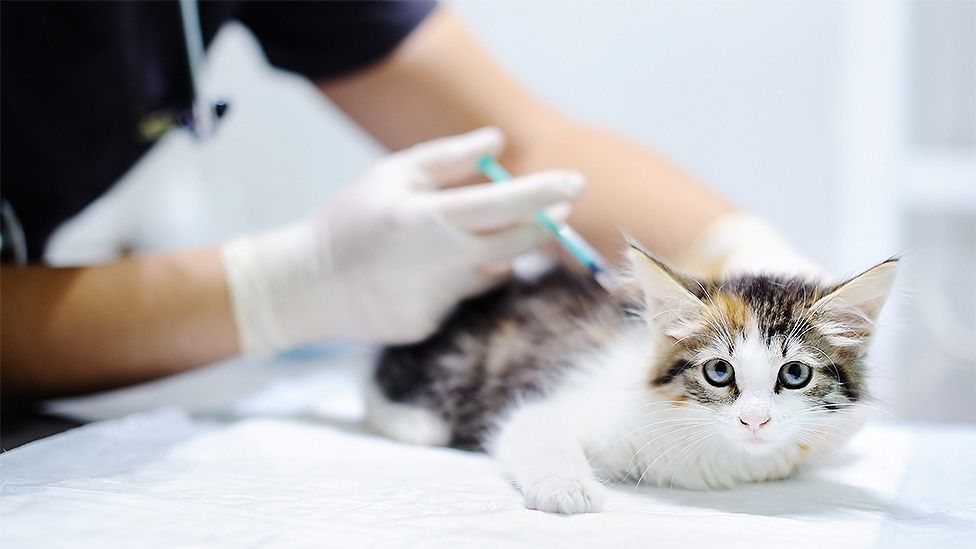 They might not thank you at the time, but preventing illness can help save money in the long-term

"In some situations your vet can write you a prescription, they will charge a small fee for that," she says.

"What we would urge people though, is not to try and find shortcuts when it comes to medication."

Instead of relying on buying everything new, you can do it yourself.

"There are lots of interactive feeders and toys that you can buy, but actually you can make these kinds of things yourself," says Shauna.

Steve says you can get second hand goods too, but it's important to make sure it's safe.

"Make sure that it's still usable, and that it hasn't been damaged and therefore become unsafe." 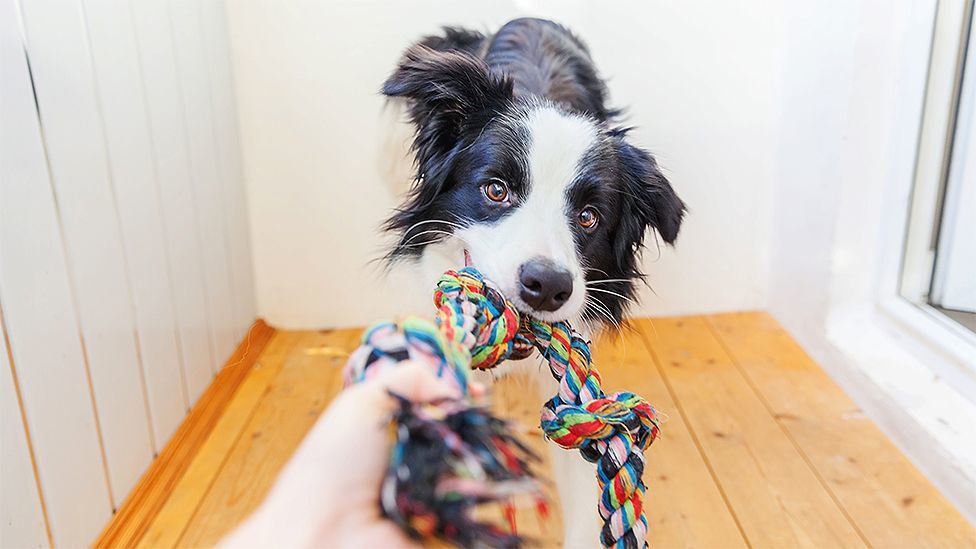 DIY toys are worth looking into, experts say

"We would also always suggest that all items are properly disinfected to prevent infection from one pet to another."

Dr Samantha says there are resources online showing you what you can do at home.

"And it's definitely worth having a look at charity shops, for example, which sometimes get pet goods donated."

Going to work to earn money but not having anyone to look after your pet - it's a dilemma.

"An alternative to paying someone can be getting a trusted friend or family member to check in," says Dr Samantha.

"Make sure you get the best price for doggy day-care rather than a personalised dog walker, which might be more affordable," adds Shauna. 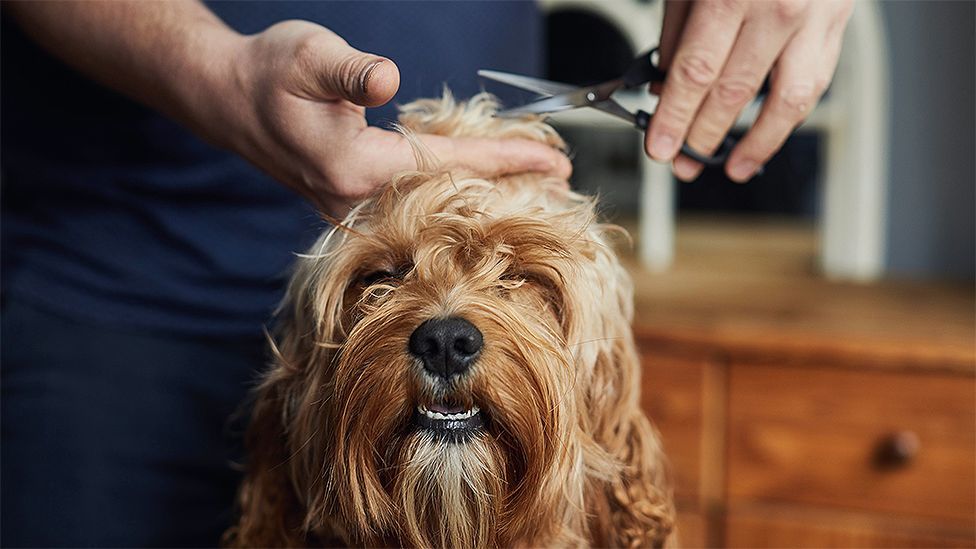 "I'll have a short, bark and sides please"

We all need a good trim every now and then - and some pets need it a bit more regularly.

Dr Samantha says "grooming is hugely important" but you can increase the time between professional visits.

One thing you can try and do is "groom your pet at home", says Shauna.

"Research what kind of grooming your pet needs, and what tools you need to do that.

"Just make sure your pet is comfortable with it, and building them up to it, making it really positive with treats and praise."