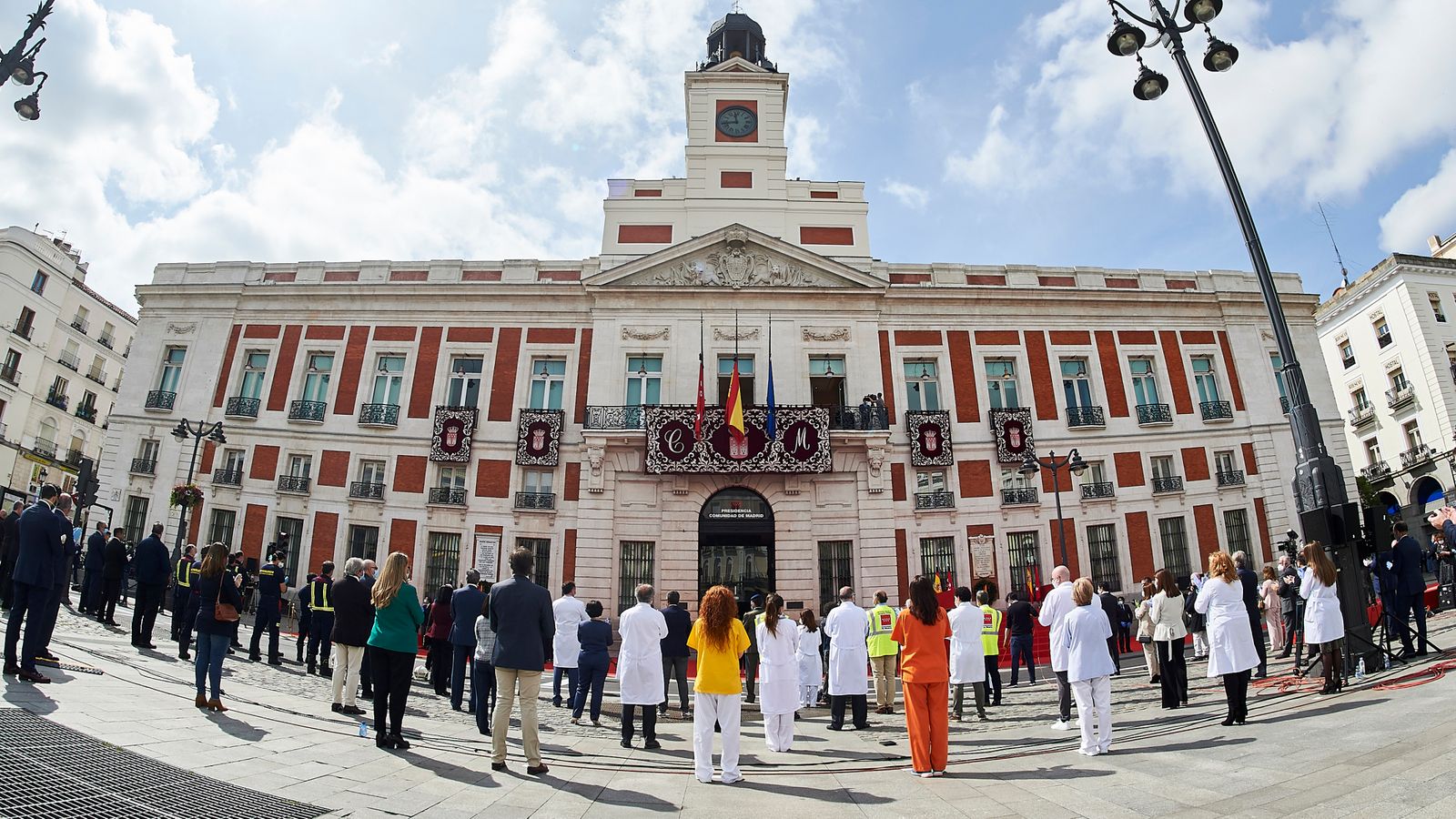 Spaniards rushed to take advantage of the move, running, walking and cycling for the first time in nearly two months.

After seven weeks of living under a strict coronavirus lockdown, Spain started to return to normal life on Saturday as people were allowed to exercise outdoors.

In Barcelona, people ran, walked or rode bicycles as they rushed to take advantage of their newly restored freedoms, while in Madrid, they celebrated an annual city-wide holiday as cyclists and skateboarders streamed along the streets.

Spain has been hit harder than most nations by the pandemic, recording over 24,500 deaths and more than 213,000 cases of COVID-19, according to Johns Hopkins University, which is tracking the spread of the virus.

Under its strict lockdown imposed on 14 March, only adults have been allowed to leave home - to buy food, medicine and other essential goods, and to walk dogs close to home.

The measures are credited with helping reduce daily increases of infections from more than 20% to less than 1%.

Prime Minister Pedro Sanchez said: "We are reaping the rewards of the sacrifices we have made during these long weeks."

Mr Sanchez warned people will need to show self-control and personal responsibility to minimise the risk of any resurgence and announced that it will be mandatory to wear masks on public transport from Monday.

In Italy, where more than 28,000 people have died in 10 weeks, some restrictions are also being loosened on Monday.

Parks will be opened and funerals will resume with a maximum of 15 people, who must observe social distancing rules.

On the same day, 150,000 antibody blood tests will be administered on a sample population, Domenico Arcuri, the country's special commissioner for coronavirus, said.

These will determine whether people have previously had the virus and whether they therefore might be less vulnerable to infection.

But the scale of Italy's problem was emphasised by Saturday's figure of 474 fatalities, a jump of more than 200 on Friday's number and the largest daily total since 21 April.

France, another country where more than 24,000 people have died after contracting coronavirus, has said citizens returning home from abroad will face a compulsory two-week quarantine and possible isolation when they arrive in the country.

In Berlin, protesters demonstrated against Germany's strict rules on Saturday, even as playgrounds, museums and zoos were permitted to open for the first time since the lockdown was imposed. Smaller shops have already opened.

Austria is also getting back to normal, with barbers, hair salons and shops with more than 400 square metres of sales area allowed to reopen, as part of a staggered re-start of the economy.

But in Russia the picture is less hopeful, after a new one-day high of 9,633 new cases was recorded, a 20% increase over Friday's count which itself was a new daily record.

Concern is growing in Moscow that hospitals might become overwhelmed as the country's total cases climbed above 124,000, with more than 1,200 deaths.

The virus has killed more than 238,000 people worldwide, including over 65,000 in the United States and 20,000-plus in each of Italy, the UK, France and Spain, according to Johns Hopkins.

Health experts warn a second wave of infections could hit unless testing is expanded dramatically.