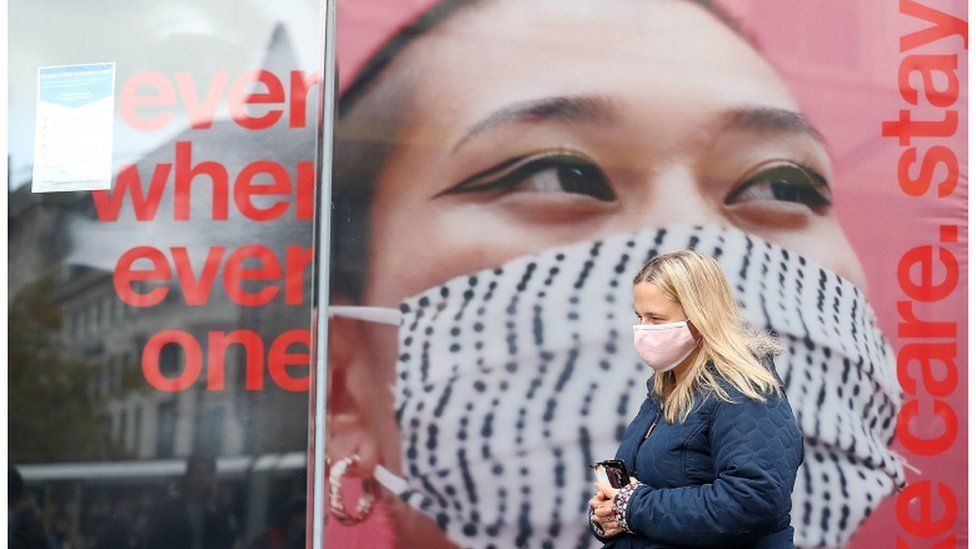 The figures, for the seven days up to 27 February, reveal around 1-in-230 people has the virus in the community.

It suggests that the number infected has fallen by about a third in the most recent week of data.

Infections have also dropped in the over 70s age group in England, potentially as a result of the vaccine rollout, say experts.

The latest R number - 0.7 and 0.9 - suggests infection numbers are shrinking overall in the UK. It means that, on average, every 10 people infected will infect between 7 and 9 other people.

People are still being advised to take precautions to stop the spread.

Low virus levels are needed to get the best out of the vaccination programme. It takes time for immunity to build after having a jab and protection may not be absolute even after two doses. People who are vaccinated may still be able to pass on the virus to others.

High infection rates also give the virus more opportunities to mutate. Experts are already concerned about new and emerging variants that could evade some immunity from vaccination or prior infection.

More than 20 million people across the UK have now received a first dose, with a target to invite all over-50s by mid-April and people in their 40s and 30s after that.

Schools are reopening on Monday in England in the first easing of rules. It remains to be seen what effect this will have on infection rates.

The ONS results, based on tests from people whether or not they had symptoms, suggest:

Sarah Crofts from the ONS said: "Infections continue to head in the right direction across the UK, with levels now similar to what we saw in early October and around a quarter of levels seen at the start of the year." 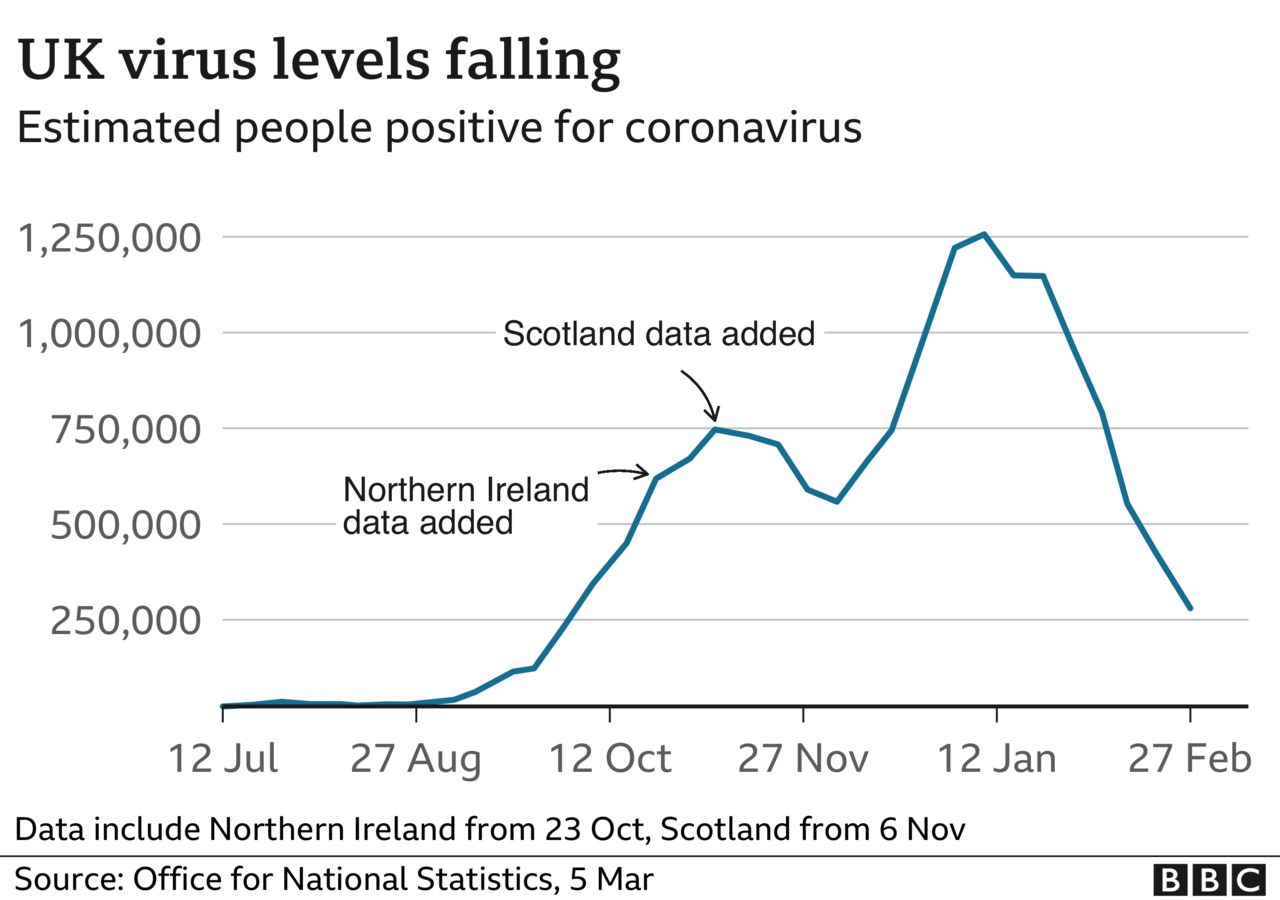 There is some regional variation, with the rate decreasing faster in some areas than others.

The trend in the north-east England, the East Midlands and eastern England is uncertain, the ONS said.

North-east England had the highest proportion of people of any region in England likely to test positive for coronavirus at around one in 150 people.

The West Midlands had the next highest estimate, one in 160.

The other estimates are:

* one in 225 for Yorkshire and the Humber

Prof Kevin McConway, Emeritus Professor of Applied Statistics with The Open University, said: "Overall, the position is looking good. The virus hasn't gone away yet, and hasn't yet fallen to levels that we could live with in the longer term, in my view. But we're getting there, and we've got effective vaccines now."