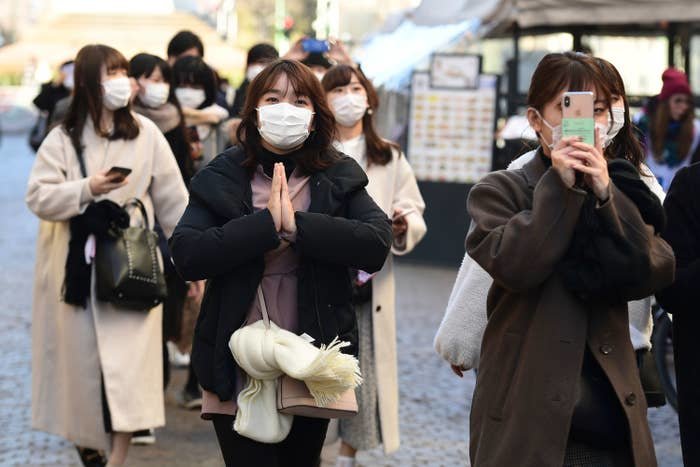 Uncertainty has hit Apple, Facebook, and Google as the outbreak spreads.
Although the coronavirus has barely touched down in the US, it’s already disrupting operations at all five of the world’s most powerful technology companies.

“It’s on everyone’s mind,” one Microsoft employee told BuzzFeed News. “How could it not be?”

Much is still unknown about COVID-19, but leaders at Google, Microsoft, Facebook, Apple, and Amazon are already limiting travel, urging employees to use caution, and canceling conferences as they prepare for a possible pandemic.

Google, with one employee already infected, hopes it can still go forward with its I/O developer conference in May but is monitoring the virus’s progression closely. Microsoft pulled out of this year’s Game Developers Conference in San Francisco. Facebook on Thursday canceled its annual F8 developer conference in San Jose, its most significant event of the year, opting for smaller local gatherings instead. Apple is sprinting to get its supply chain back in order after slowdowns in China. And Amazon announced it would be limiting its employees' travel within the US and internationally.

For now, employees at the tech giants told BuzzFeed News their companies are operating with caution and uncertainty. “Everyone realizes there’s going to be an impact,” the Microsoft employee said. “It all depends on how long this lasts for, and what the implication is downstream on supply chains, business investments, and infrastructure.”

On Friday, Google confirmed an employee in its Zurich office had been infected with COVID-19. But the company told BuzzFeed News that its big developer conference is still on. “Google I/O is currently planned for May 12–14,” a spokesperson said. “We'll continue to monitor developments around COVID-19 and follow the best practices laid out by the CDC, WHO, and other relevant entities.” The spokesperson said the company has a coronavirus plan but declined to go into details.

But some tech companies have canceled their participation in major conferences. Microsoft not only pulled out of the Game Developers Conference, a significant move for the company that develops the Xbox - it’s also canceled some meetings for employees that require global travel. “We have risk management scenarios we prepare for,” a Microsoft spokesperson told BuzzFeed News. “We have been in close, regular contact with the relevant authorities relating to COVID-19 and have a range of measures we are prepared, should it become necessary.”

At Facebook, the F8 cancellation surprised some employees. “I haven't seen much of a disruption until I saw the post about F8, which came as a surprise and seems premature to me as the conference is over two months away,” one Facebook employee told BuzzFeed News, adding, ”I don't think it really impacts FB's product launch strategy.”

Facebook has restricted travel to Italy, South Korea, and to and from mainland China, a company spokesperson told BuzzFeed News. The virus has also affected its ability to produce Oculus VR headsets. “Oculus Quest has been selling out in some regions due to high demand,” the spokesperson said. “That said, like other companies, we're expecting some additional impact to our hardware production due to the coronavirus.”

After shutting down some factories earlier in February, Apple is now “getting back to normal," Tim Cook claimed in an interview with Fox Business on Thursday. “I’m very optimistic,” he added.

Still, inside Apple, not everything is back to normal. An increasing number of new hires haven’t received work equipment from China, someone who works at Apple told BuzzFeed News. And the company has restricted travel to some counties in the Asia-Pacific region, leading to an increase of people working from home and video conferencing. Some workers have changed the way they commute to avoid coronavirus risks. “Driving to work,” the person who works at Apple said. “Not riding the commuter shuttles to decrease exposure.”

It is not yet clear if Apple will hold its Worldwide Developers Conference in San Jose this year. An Apple spokesperson did not respond to a request for comment about the company’s plans to respond to the outbreak. A spokesperson for San Jose Mayor Sam Liccardo declined to comment.

Amazon has canceled some travel, both inside the US and outside. “We're asking employees to defer nonessential travel during this time,” a spokesperson told BuzzFeed News. The US restriction was added this week, following restrictions in China, South Korea, and Europe.

Amazon has also been busy keeping ahead with coronavirus scammers and profiteers. It’s banned more than 1 million products from its website for false coronavirus claims. It’s also removed thousands of products for price gouging, though this remains an ongoing battle.

These disruptions will inevitably impact the tech giants’ businesses, but the extent of what will happen is unclear. Two analysts declined to comment on what might happen to the industry. “Sorry, we have not even started framing this ourselves yet,” one said. “Have to pass.”
Add Comment