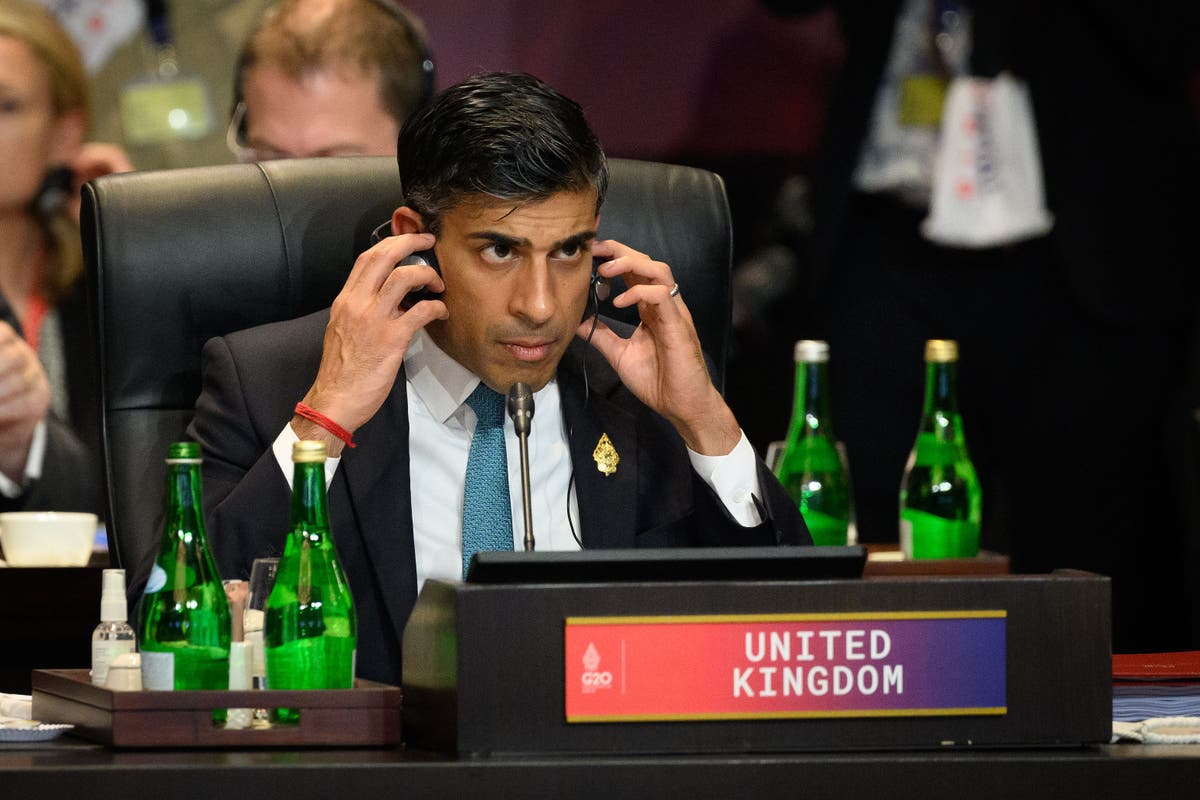 Conservatives’ popularity crashes to its lowest point in 15 years

The Conservatives’ popularity has crashed to its lowest point in 15 years as it battles a major lack of trust over its management of the economy, a new poll reveals.
Sixty-two per cent of Britons said they didn’t like the Tories while 60 per cent said they no longer trusted the party on the economy, according to findings from Ipsos.

In a further blow, nine out of 10 of those who said they no longer trusted the Conservatives on the economy said the party was unlikely to regain it by the time of the next election, due by January 2025.

On reducing the cost of living and improving Britain’s public services, the findings are even more dire for the Conservatives with just under three quarters of voters saying they didn’t trust them to deliver.

The survey was carried out last week, concluding just a day before Chancellor Jeremy Hunt announced his Autumn Statement ushering in a series of sweeping tax rises and swingeing spending cuts in a bid to plug a £55billion black hole in the public finances.

While Mr Hunt insisted the measures are necessary to put the UK’s finances back on a sound footing, tackle soaring inflation and to help the most deprived households, living standards are set to fall to their lowest point in living memory.

With Britain set for a year-long recession, according to the Office for Budget Responsibility, Mr Hunt is gambling the economy will be showing some signs of improvement in the run-up to the general election.

But the latest Ipsos figures show what a mountain the Conservatives have to climb to overhaul Labour’s current lead in the polls.

Labour’s popularity is also at a four-year high with 49 per cent of people saying they like the party.

But while the Tories are seeing their trust rating and popularity plunge, there are signs that Rishi Sunak is benefiting from his appointment as Prime Minister.

According to Ipsos, 47 per cent of voters say they like Mr Sunak compared to 26 per cent who said they like the Conservatives. Forty-two per cent think he has what it takes to be a good PM - a seven percentage point increase since July - and comfortably ahead of Sir Keir who polled 35 per cent on the question of whether he would make a good leader of the country.

On the question of whether he would make the most capable Prime Minister, Mr Sunak scored 41 per cent compared to 35 per cent for Sir Keir.

Earlier this year the Labour leader was seen as a more capable PM compared to Liz Truss and Boris Johnson.

Gideon Skinner, Head of Political Research at Ipsos said: “Rishi Sunak is personally fairly well-liked, relatively trusted on the economy, and is posing warning signs for Labour in the way he has overtaken Keir Starmer’s lukewarm scores as Prime Ministerial material.

“But so far he has not been able to bring much of a honeymoon to the Conservative party brand, which remains as unpopular under him as at any time over the last 15 years.

“Looking ahead, delivery on substantive issues in the face of a sceptical public will be key, as satisfaction with government performance remains well below the historical average and with Labour and Keir Starmer both much more trusted on the cost of living and improving public services.”
#Boris Johnson  #Johnson
Add Comment