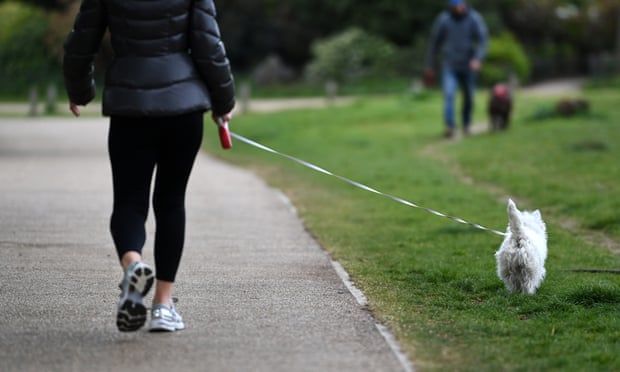 Researchers at the Royal Veterinary College (RVC) looked into the impact of the last 16 months on puppy purchasing amid concerns that a huge puppy welfare crisis was unfolding in the UK. They found that while many people who bought dogs during Covid did so with the best intentions, the extreme rise in demand has heightened the risk of puppies being sourced from poor welfare environments, bred or raised on puppy farms, or illegally imported.

Animal behaviourists and charities have expressed fears that the demand for “pandemic puppies” had fuelled skyrocketing prices and led to a boom in unethical black-market breeding and soaring dog thefts. They have also warned that pandemic puppies are more vulnerable to poor health, as well as behavioural challenges such as aggression and separation anxiety. Puppies bought impulsively are also at risk of being given up post-Covid.

The national study, which surveyed 5,517 owners, focused on puppies bought between 23 March and 31 December 2020. The results were then compared with responses from owners who bought puppies during the same period in 2019.

Pandemic puppy owners were also more likely to have bought a younger puppy, to have seen it without their litter mates and to have collected it from outside a breeder’s property or have it delivered.

The study also found that pandemic puppy owners were more likely to have no previous experience of owning a dog. They were also more likely to have children in their household and to have been motivated to buy a puppy to improve their own or their family’s mental wellbeing.

More than 10% had not considered buying a dog pre-Covid. And where 86% felt their decision had to purchase a puppy had been influenced by the pandemic, this was most commonly due to having more time to take care of a dog.

Dr Rowena Packer, a lecturer in companion animal behaviour and welfare science at the RVC and lead author of the study, said the demand coupled with social distancing restrictions had created “the perfect environment for unscrupulous breeders and puppy dealers”.

“This also includes desperate buyers willing to pay above the odds for puppies, and an easy excuse to conceal poor conditions puppies were raised in,” she added. “From our results, we are concerned that many well-meaning owners … may have fallen into this trap, and inadvertently encouraged this deplorable industry.”

Dogs Trust advises buyers to extensively research a seller and never purchase a puppy they haven’t seen in person, in its home and interacting with its real mother and litter mates. The recommended guidance is a pup should be over 8 weeks old. People should also be wary of online ads, where smuggled puppies are often sold, ask the seller lots of questions about the animal and be prepared to answer lots in return, and walk away if something does not look or feel right.

The RVC urged owners concerned about their puppy’s health, behaviour or wellbeing should contact their vet or a qualified behavioural professional to help address problems that have arisen in their early life.
#Covid
Add Comment