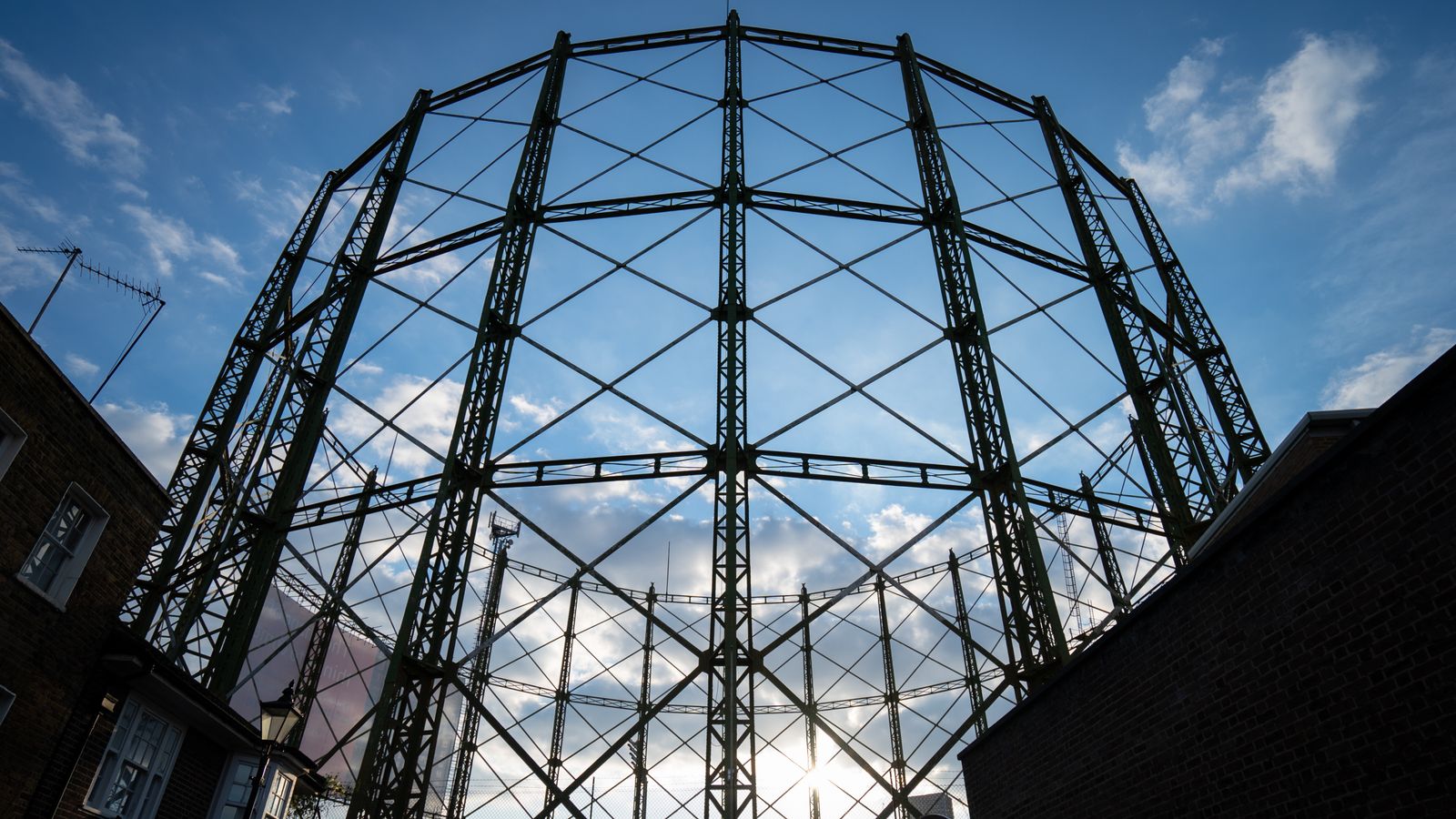 Company insolvencies at highest level since 2009 as energy bills bite

The ONS data confirms earlier evidence of a rise in company insolvencies as firms face higher costs on many fronts, led by the jump in energy bills.

The number of company insolvencies in England and Wales hit its highest level for 13 years in the second quarter of the year, according to official figures.

The Office for National Statistics (ONS) recorded a total of 5,629 business failures between April and June.

It was the highest quarterly number since the third quarter of 2009.

In a clear indication of the strain faced by firms, it said that more than one in 10 reported a moderate-to-severe risk of insolvency in August.

The dire figures reflect a surge in costs, particularly from rising gas and electricity bills, piling pressure on businesses at a time when most were recovering from two years of COVID-19 disruption.

Insolvencies fell in 2020, when the government rushed to help businesses survive the pandemic, but they have risen since 2021.

Firms have been grappling with rising costs since pandemic restrictions were relaxed. 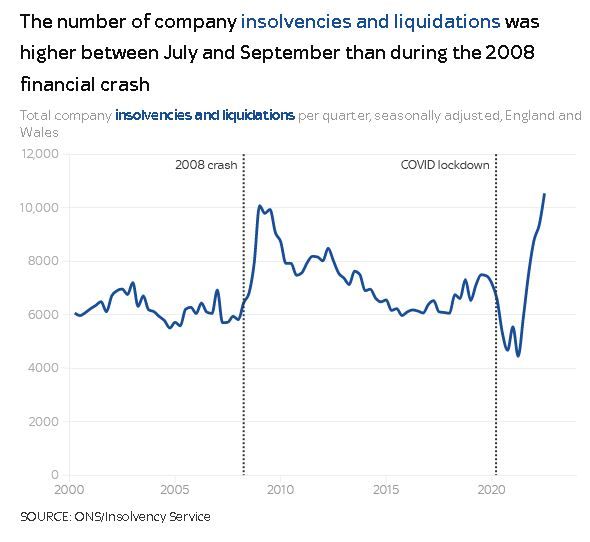 Higher demand for goods and services, coupled with supply chain disruption, have all contributed to a tougher environment for firms to navigate.

The latter problem has eased, but the rise in gas and electricity costs was exacerbated by the effects of Russia's war in Ukraine.

It has made lighting, heating and production costs more expensive, and companies are under pressure to pass those increases on to customers.

It is a difficult juggling act, however, to achieve because they could lose business as a result.

The tough market was met with a chorus of frustration from businesses who, like consumers, were faced with huge increases to bills - of 600% for some businesses - and demanding action to help bring them down.

It was not until last month that the Truss government revealed aid for businesses - in line with the help offered to households - though the Energy Bill Relief Scheme that will cap wholesale costs per unit of energy.

The scheme is due to last throughout this winter - with only targeted help after that.