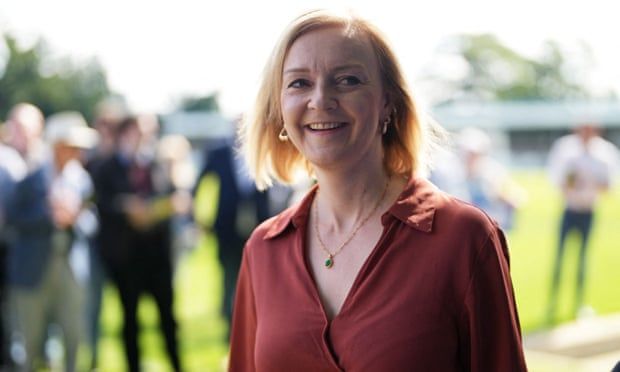 Analysis: there are deep divisions among the party’s MPs about the leadership frontrunner’s spending promises
Liz Truss as prime minister will have to appeal to three very different constituencies. The first is Conservative members, a target audience that has been enthused by talk of tax cuts for both individuals and businesses, as well as cuts to Whitehall waste and a war against “woke”.

When she turns to face the wider electorate, that message will need to change considerably but – in between now and then – there is another constituency that will be crucial: agitated and sceptical Conservative MPs.

If she wins, Truss will enter Downing Street with support from fewer MPs than her rival Rishi Sunak, though she has racked up high-profile endorsements from ambitious ministers since it became clear she was the frontrunner.

There are deep divisions among Tory MPs about “Trussonomics”, the plans to spend billions more, risk inflationary tax cuts, and cancel the rise in national insurance that had been earmarked to tackle the NHS backlog and ultimately go towards fixing social care.

Few Tory MPs are against the principle of tax cuts; Boris Johnson was lobbied hard to reduce taxes, which are at their highest in 70 years. Ultimately that was the reason cited for Sunak’s split with the prime minister.

But there is also an influential wing of the party, including some of its newer MPs and those in marginal constituencies, that will find it hard to stomach a prime minister who has announced plans to cancel corporation tax rises but will not commit to direct help with people’s fuel bills when they rise again by almost £1,400.

Those MPs in red wall seats such as Jacob Young and Ric Holden, as well as longer-serving MPs such as Rob Halfon who is one of the party’s best at articulating on behalf of working-class voters, are likely to be concerned in the autumn if Truss is not prepared to intervene to help the most vulnerable in particular, whether via universal credit or further council tax deductions.

There are also those in the One Nation wing of the party likely to be disconcerted by the spending promises on tax cuts when all the Treasury’s fiscal headroom may be wiped out. Those MPs are particularly concerned that Labour is polling better on the economy than the Conservatives, a surefire signal among the noise that the Tories are putting perhaps their most important asset in a general election at risk.

Truss may well be able to survive party divisions on the issue until next year, particularly as the Conservatives are likely to get a healthy poll bounce, which could spook Labour and give her some breathing space.

But the seriousness of this crisis and its predicted longevity means those fundamental divisions within the party are unlikely to be kept at bay for long. Quiet doubts many in the party have about Truss’s vision and capabilities, which led so few to back her in the early stages of the leadership contest, could then grow louder.
#Boris Johnson  #Johnson
Add Comment