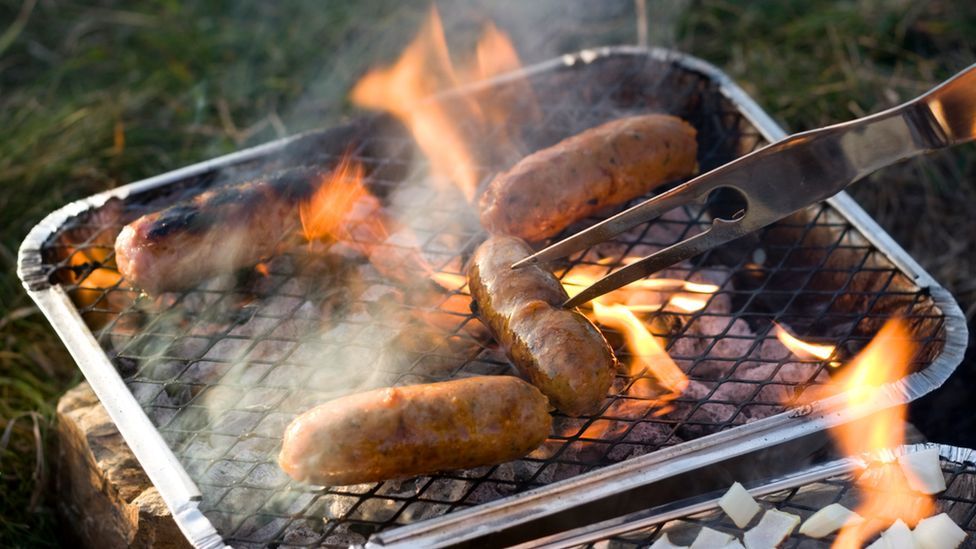 Co-op is to temporarily stop selling disposable barbecues in all its stores because of the heatwave.

It joins other supermarket chains, including Morrisons, Sainsbury's and Tesco, which have dropped the product during the current dry weather.

Fire brigades have warned of the risk of blazes in "tinderbox conditions".

The Met Office's fire severity index, which assesses how severe a blaze could become, is currently "very high" for most of England and Wales.

On Friday, parts of south-west, southern, central and eastern England were moved to drought status.

Last year, Co-op removed disposable barbecues from its stores within one mile of national parks to help prevent wildfires.

On Friday the supermarket said in a statement: "As a precautionary measure due to the extreme hot weather, we've removed instant BBQs from sale in all Co-op stores until further notice."

Morrisons made a similar announcement earlier in the day, saying: "In light of the long dry spell in the UK this summer we are temporarily removing disposable barbecues from all stores until further notice."

It comes after it said it would stop selling the items in its stores near national parks in March.

Sainsbury's said its policy was a precautionary measure, but did not say how long it would continue.

Tesco said the move was temporary and once weather conditions allow, disposable barbecues will be made available again.

Last week, Marks and Spencer said it wanted to "help protect open spaces and reduce the risk of fires" by removing the single use portable barbecues from sale, while Ocado also took the same step.

Aldi and Waitrose had already stopped sales back in March, due to the burden on the environment more generally, including the impact of the single use plastic, metal and card.

Co-op says it does not sell disposable barbecues close to UK national parks.

The UK is in the middle of its second heatwave this summer.

In July temperatures broke records, rising above 40C and are forecast to hit 37C (99F) again in some parts of the UK over the next four days.

Fire services are warning of "tinderbox conditions" and have asked people not to use barbecues in high risk places, such as balconies and on dry grass, after a steep increase in the number of call-outs.