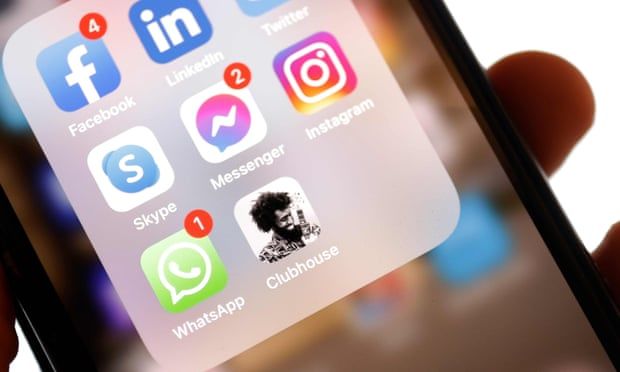 What is the Clubhouse app and why is it suddenly everywhere?

Part talkback radio, part conference call, part Houseparty, Clubhouse is a social networking app based on audio-chat. Users can listen in to conversations, interviews and discussions between interesting people on various topics – it is just like tuning in to a podcast but live and with an added layer of exclusivity.

Clubhouse is invite only. You can’t just download it off the app store and create an account. Much like a real-life country or yacht club, you have to be invited to join by an existing member. Real world elitism, but make it virtual.

When you join, you select topics of interest, like tech, books, business or health. The more information you give the app about your interests, the more conversation rooms and individuals the app will recommend you follow or join.

How do I get a Clubhouse invite?

To join, an existing Clubhouse user has to send an invite from their app giving you access to set up an account. If you are invited, you’ll see a link texted to your phone number, directing you to a sign-up page in the app.

Clubhouse users can’t just send an invite to anyone who wants to join, however. Existing users only have two invites available at first.

In a recent blog post, the creators have announced that their 2021 goal is to complete the app’s beta stage, so they can eventually “open up Clubhouse to the whole world”.

What has Elon Musk got to do with it?

Clubhouse has been around since March 2020, when it was launched by Silicon Valley entrepreneurs Paul Davidson and Rohan Seth. In May 2020, it had just 1,500 users, and was worth $100m.

But this week it burst onto into the mainstream when Elon Musk hosted an audio-chat on Clubhouse with Robinhood CEO Vlad Tenev. The event maxed out the app conversation room limits and was live-streamed to YouTube. It helped propel Clubhouse to the top of the startup charts and sparked a scramble for invitations. As of 1 February 2021, Clubhouse has 2 million users. Clubhouse has announced forthcoming new features, like tipping, tickets or subscriptions, to directly pay creators on the app. Having raised new funding since its launch, Clubhouse is now valued at $1bn, and is considered a Unicorn startup like AirBnb, Uber and SpaceX.

Reuters reports that demand for membership is now so hot that a market for them has grown on platforms like Reddit, eBay, and Craigslist. In China, invitations are being sold on Alibaba’s second-hand market place Idle Fish.

Musk summed up the appeal of Clubhouse during his chat with Tenev, noting that “context switching is the mind killer”. The idea is that when users are logged into Clubhouse, with notifications disabled, they can focus on one topic at a time.

Why was it so popular in China?

The app’s value extends beyond its exclusivity.

While censorship, suppression and government control is rife in China, Clubhouse managed to fly under the radar of China’s firewall for several months, unlike other social media networks Instagram and Facebook. It became very popular in recent weeks, attracting large numbers of Chinese users and giving them a rare chance to “binge free expression”, and engage in discussion on topics that are usually blocked on the mainland, including Xinjiang, Hong Kong and Taiwan.

Quartz reported that “Chinese users, largely tech investors and professionals, are using the space to talk about topics that would otherwise be censored back home, such as democracy.”

E-commerce sites in China were offering hopeful users of Clubhouse the chance to buy invites. On platforms like Xianyu and Taobao, invite codes were being sold for between 150 – 400 yuan ($23 – $61).

As of Monday 8 February 2021, however, Clubhouse has been blocked inside China.