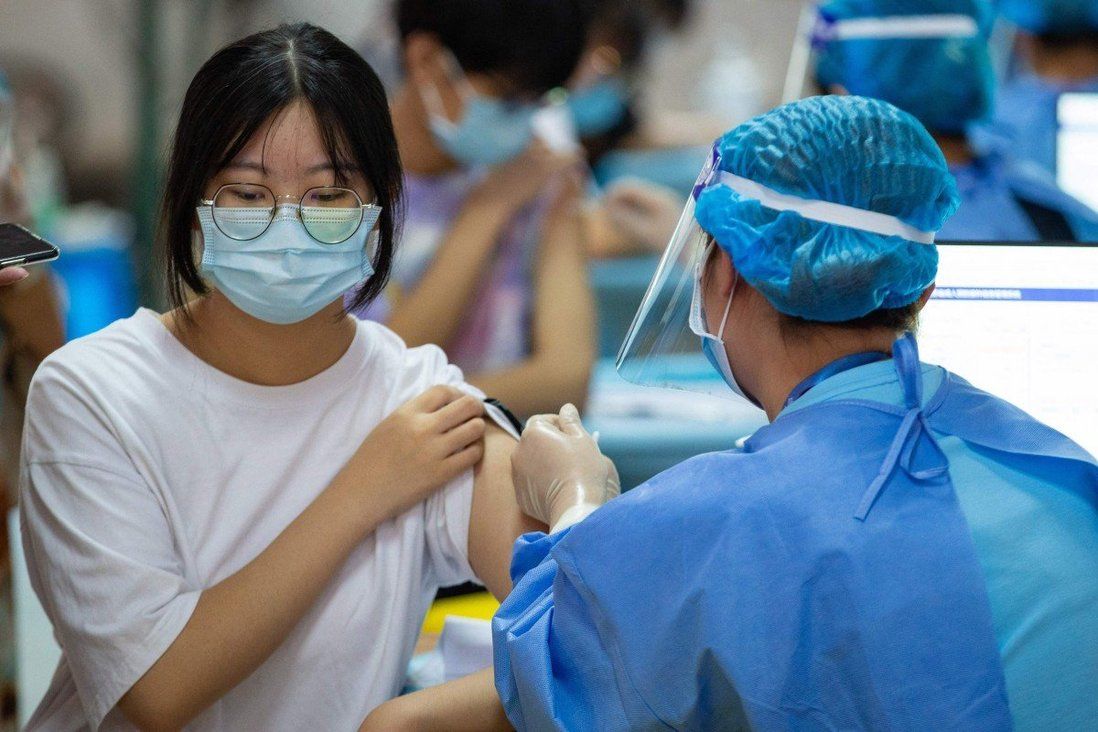 A number of countries are considering boosters or authorising them for certain groups amid the battle against the Delta variant.

A third dose of the Covid-19 vaccine by Sinovac Biotech can boost a flagging immune response to the highly transmissible Delta variant, a team of Chinese researchers has found.

Study participants who received a three-dose regimen of the Sinovac shot showed a more than 2½ times higher neutralising ability against Delta four weeks after the last shot, compared with those who received two doses or had recovered from a naturally acquired Covid-19 infection, according to the small-scale study that has not been peer-reviewed.

The researchers – including scientists from the Chinese Academy of Sciences, Peking University and the vaccine maker – said their data also indicated a third dose would allow vaccine protection to last longer.

The findings “rationalise the use of three-dose immunisation regimens for inactivated vaccines”, they wrote in a paper released on the server medRvix on Sunday.

“Our results demonstrate that a third-dose booster of inactivated vaccine can elicit an expeditious, robust and long-lasting recall humoral [immune] response,” they wrote.

Chinese health officials late last month recommended booster shots for high-risk and vulnerable groups, but said further study was needed before extra jabs were considered for the general public. Five of the seven vaccines in use domestically use an inactivated platform, which relies on a dead version of the virus to stimulate immune response.

Sinovac’s Covid-19 vaccine is among products headlining the domestic roll-out, which has surpassed 2 billion doses. The two-dose vaccine is also widely used around the world.

Limited real-world data has been published on how well the vaccine defends against the Delta variant, which is expected to become dominant worldwide.

Several countries are offering third shots of other vaccines as a boost to Sinovac’s shots following concerns about breakthrough infections as Delta spreads.

But vaccine makers globally have reported diminished protection against the strain, especially against symptomatic disease. A number of countries are considering boosters, or authorising them for certain groups, as concerns loom about the longevity of vaccines and a reduced ability to counter the Delta variant.

The latest study of Sinovac, which relied on lab work not real-world evidence, indicated that four weeks after their final dose the neutralising antibody levels evoked against the Delta variant in people vaccinated with two shots of Sinovac’s vaccine were reduced about 3.7 times compared to that against the original strain.

The researchers also found that six months after vaccination, people who received two doses did not have detectable neutralising activity against the Beta, Gamma and Delta variants, but after the third dose they “exhibited a robust recall” immune response to neutralise variants.

They said their research showed neutralising antibody levels similar to those recorded soon after the second dose were maintained 180 days after the third-dose booster – suggesting the vaccine could last longer with an additional shot.

The study included 22 people who had recovered from Covid-19, six healthy participants and 38 volunteers who received either two or three doses of the vaccine.

The researchers did not discuss what level of protection the vaccine would have against the Delta variant in the real world or the effectiveness against Delta for those six months out from their full vaccination.

Neutralising antibodies are believed to be a key component of the body’s immune defence and an indicator of vaccine effectiveness, but levels typically decline over time.

Another laboratory-based study by a team of British and Indian researchers released on Tuesday found Delta was six times less sensitive to antibodies from individuals who had recovered from a previous infection compared with the earlier dominant strain of the virus.

The variant was also eight times less sensitive to antibodies produced by vaccination with either the Pfizer-BioNTech or AstraZeneca vaccines. The researchers said there was a need to explore “strategies to boost vaccine responses”.