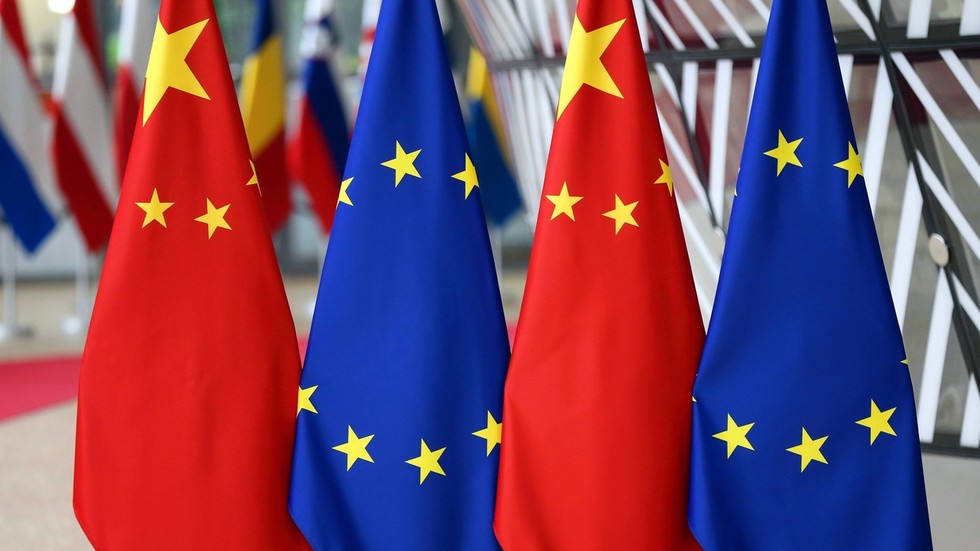 Beijing has announced retaliatory sanctions against a group of 10 EU politicians and academics in response to the 27-member bloc’s own punitive measures against the Chinese government for its alleged human rights abuses.
A spokesperson for the Chinese Foreign Ministry said on Monday that the EU’s sanctions over the alleged detention and forced labor of Uighur Muslims, announced earlier on Monday, were based on “maliciously spread lies and disinformation.”

The move “grossly interferes in China's internal affairs” and “flagrantly breaches international law,” the spokesperson said, urging the “hypocritical” EU to instead address its own mistakes.

Four EU-based democracy and human rights committees and groups have been sanctioned as well. All those added to the blacklist are barred from entering or doing business with China.

It comes after the Council of the EU announced on Monday it was slapping sanctions on four Chinese regional party representatives and an organization in the north-western province of Xinjiang.

The move is part of a raft of EU sanctions against China, North Korea, Libya, Eritrea, South Sudan, and Russia, where, Brussels claims, torture, extrajudicial killings, and enforced disappearances are being carried out.

The EU has accused the Chinese government of maintaining forced labor and indoctrination camps in Xinjiang, where it alleges members of the Uighur Muslim ethnic minority are detained against their will and subject to human rights violations.

The EU’s foreign policy chief, Josep Borrell, who organized the meeting of the Council of the EU, accused China of “turning a blind eye” by retaliating with its own sanctions, which he said were “unacceptable.”

The UK will also sanction a group of five Chinese individuals and entities over Xinjiang, amid “reports of torture and forced sterilisation” in the region, Foreign Secretary Dominic Raab said on Monday.
Add Comment