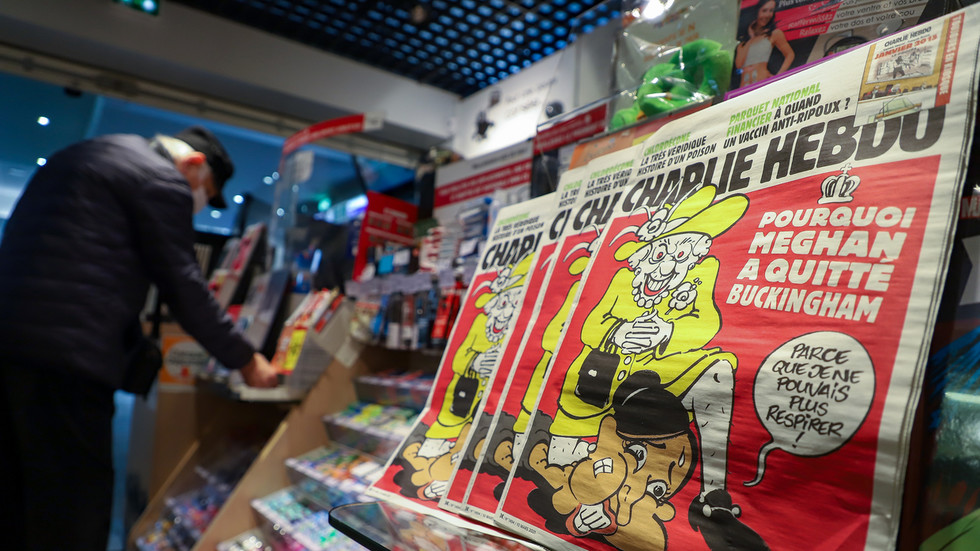 French leader Macron’s reported choice of city to host new cartoon museum has been criticized
President Macron has reportedly chosen Paris to host the future European House of Press Cartoon and Satirical Drawing. The announcement marks the seventh anniversary of the Charlie Hebdo terrorist attack and a rally of unity.

According to media reports, Emmanuel Macron will officially unveil the hosting city in a speech at the Presidential Press Association on Tuesday. It will take place exactly seven years after the massive Paris rally of national unity which came in response to the terrorist attack at the headquarters of satirical magazine Charlie Hebdo. The demonstration was attended by two million people, including dozens of world leaders, with almost four million joining rallies across France.

The plan to create a new museum was announced by French Culture Minister Franck Riester in 2020, five years after the attack of January 7, 2015 which claimed the lives of 12 people. The minister explained that the project would both promote political cartoon art, “a powerful form of expression and creativity,” and also help support the artists.

That announcement echoed Macron's statements in defense of the political caricature genre, which he made after it turned out the Charlie Hebdo tragedy was likely related to a depiction of the Prophet Mohammed in the magazine.

Paris was competing for the right to host the museum, which will have an annual budget of two million euros ($2.27 million), along with Limoges and Strasbourg. According to Elysee Palace sources quoted by French media, the competing bids were denied because Limoges was considered to be too far away from the capital and Strasbourg required additional investments.

Limoges, which had hoped to ‘combine’ its existing international salon of caricature with a new museum, has expressed its discontent with Macron's decision to choose Paris as a host city, accusing him of “Parisian centralism.”

“Parisian centralism never ceases to suffocate the country! A contemptuous decision for rural areas,” Jean-Claude Leblois, president of the Departmental Council of Haute-Vienne, of which Limoges is a part, said on Twitter.

The Elysee Palace is quoted as saying that Paris has been chosen to house a “modest” 2,000-square-meter museum not just for cost-saving reasons, but also because it is the city “where the attack took place, and which is also a home to many media and schools of journalism.”
Add Comment