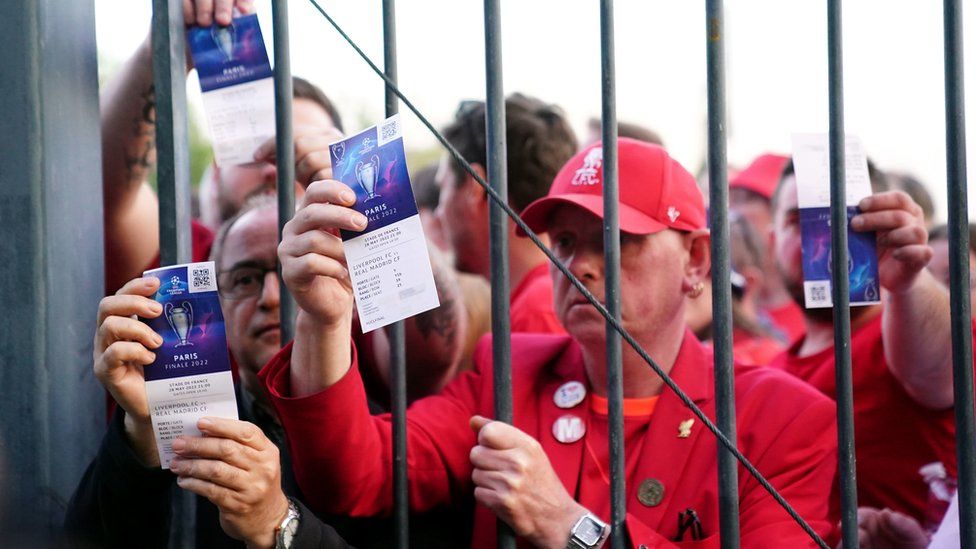 The UK's culture secretary has urged Uefa to formally investigate "deeply concerning" scenes which delayed the start of the Champions League final.

French police have been criticised for firing tear gas and pepper spray at some Liverpool fans waiting to get in to the stadium in Paris on Saturday.

Nadine Dorries said it was in everyone's interest to "learn lessons".

European football's governing body Uefa has said it will "review these matters urgently".

The French sports ministry has called a meeting with Uefa, the French Football Association, stadium officials and police on Monday to "draw lessons" from the event.

French interior minister Gérald Darmanin appeared to lay the blame on British supporters, tweeting on Saturday that thousands were without proper tickets and had forced entry, while claiming some had assaulted stewards.

The kick-off at the Stade de France was delayed by 36 minutes, with Uefa initially citing the "late arrival" of fans.

But many Liverpool supporters spoke of long queues in the hours leading up to the game and a heavy-handed police response to the build-up of fans.

Uefa later put the delay down to "security reasons" and said the turnstiles at the Liverpool end had become "blocked by thousands of fans who had purchased fake tickets which did not work".

Tom Whitehurst said after arriving at the ground, he had to get his disabled son "out of the way" after they were pepper-sprayed.

"The treatment of supporters by Uefa and the police was an absolute disgrace," he said.

"[Fans] were indiscriminately pepper-sprayed and there were people with tickets, who arrived two-and-a-half hours early, who were queuing up and they were charged at by riot police with shields."

Merseyside Police said its officers who were deployed in Paris and attended the match "reported the vast majority of fans behaved in an exemplary manner, arriving at turnstiles early and queuing as directed".

Paris police said they made 105 arrests at the game, with 39 people still in custody. 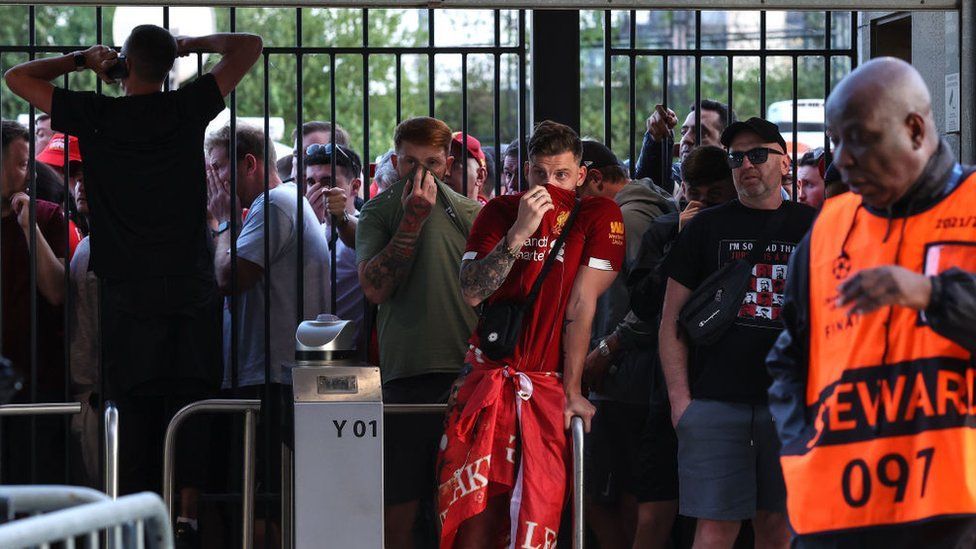 Liverpool fan Michael Carter told the BBC that families and children were among those being pepper sprayed, with no explanation from officials.

"We're throwing water on the kids trying to get the spray off them, we're running to a bar getting glasses of water... and then we put it on ourselves because we couldn't breathe," he said.

Elsewhere, he said people were lifting each other over the walls as they were being crushed.

Near the stadium's entrance, he said "the atmosphere just turned - all of our lads were like 'I don't care about the result' - we just felt unsafe".

"I was scared I wasn't even going to make it into the game," he said.

Liverpool FC also called for an investigation into the event, and said they would be asking fans to contact them directly with their experiences.

Speaking after the game, Liverpool defender Andy Robertson said he had given a ticket to a friend who was then denied entry.

He said his friend "got told it was a fake, which I assure you it wasn't".

"It was a shambles really."

Meanwhile, Suzanne, from Liverpool, said her experience at the game was "really traumatic".

"The way this event was being policed was all wrong and incredibly dangerous," she said, describing being sent through an underpass into a "complete bottleneck".

Her sister was searched eight times, but once they arrived in the stadium two hours before kick off she said the Liverpool side was empty. 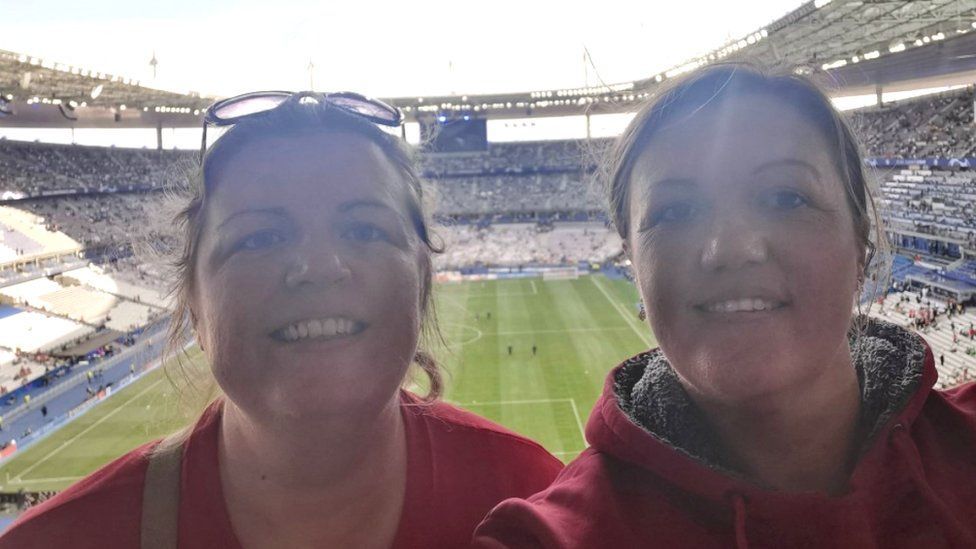 She and her sister decided to leave just before full time, saying: "We didn't feel safe. We ran all the way to the station... there was tear gas everywhere, your throat was so sore and your eyes hurt."

Several people, including Suzanne and former Liverpool defender Jim Beglin, also said groups of locals were mugging fans after they left the stadium.

Ms Dorries, who runs the government department in charge of UK sport, said: "The footage and accounts from Liverpool fans and the media on their entry to the Stade de France last night are deeply concerning.

"Thousands of ticket holders travelled to Paris in good time to support their team in the biggest match of their season.

"I urge Uefa to launch a formal investigation into what went wrong and why, in coordination with stadium staff, the French Police, Federation Francaise de Football, Merseyside Police and Liverpool Football Club."

WATCH: Liverpool fans were tear gassed by police ahead of the Champions League Final
Add Comment