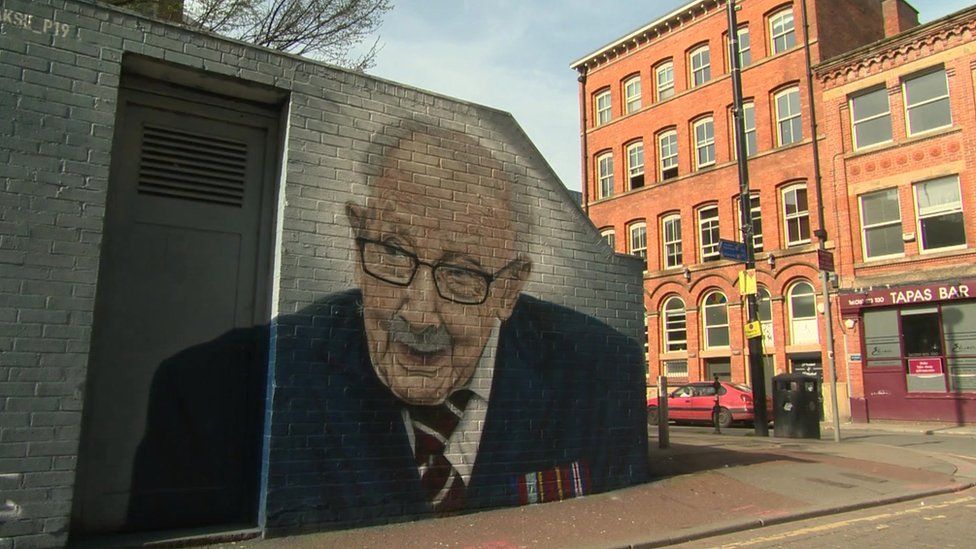 A mural in memory of Captain Sir Tom Moore has been created in Manchester.

Street artist Akse P19 painted the artwork in tribute to the 100-year-old, who died on 2 February after contracting coronavirus.

The Army veteran won the nation's hearts by walking 100 laps of his garden during the first lockdown, raising almost £33m for NHS charities.

The mural has been painted on the corner of Tib Street and Thomas Street in the city's Northern Quarter.

Akse P19 is the artist behind a number of murals in the city including a tribute to NHS workers and George Floyd, who died after being arrested in the US in May. 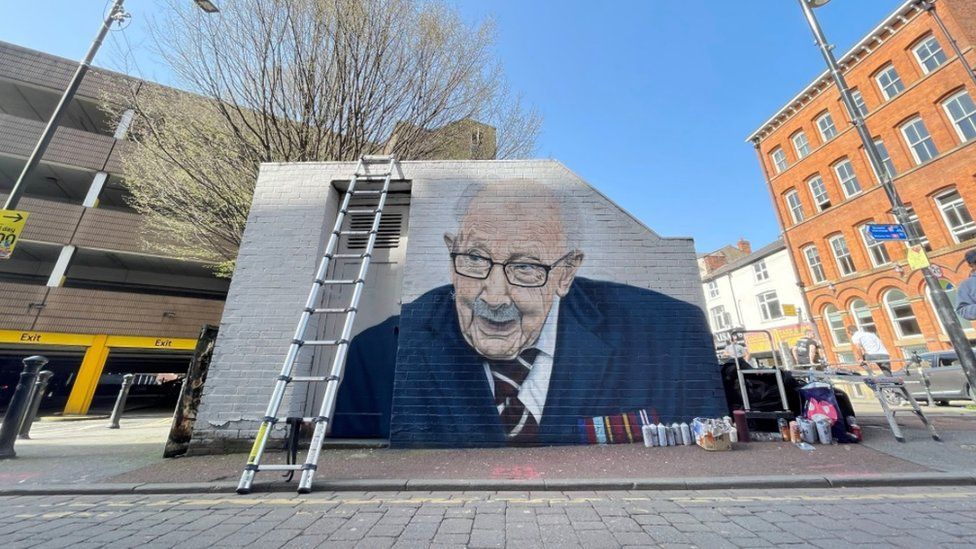 The Army veteran was knighted by the Queen in July in a special ceremony at Windsor Castle.