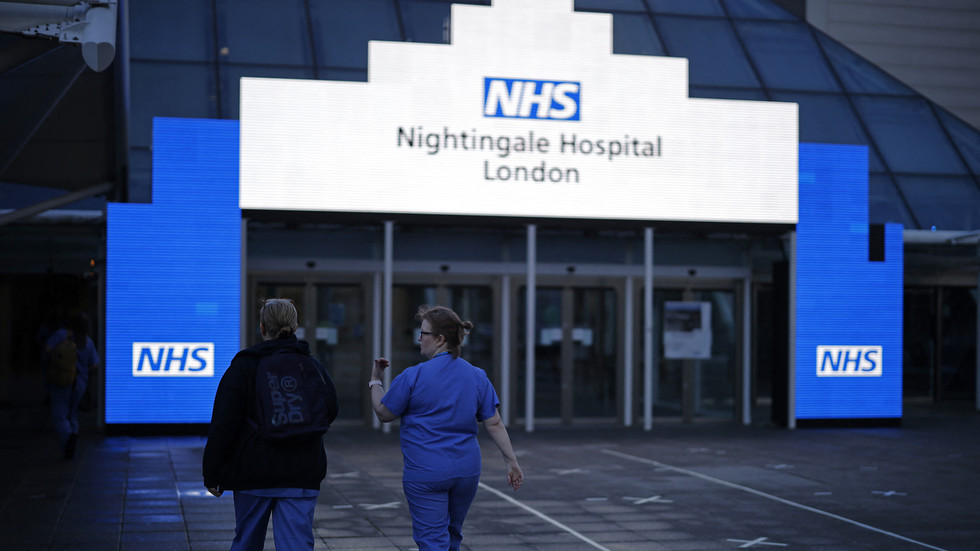 Can the perpetually underfunded NHS please just look after our health rather than wasting time and money lecturing us about race?

An NHS blog titled ‘Dear White People in the UK’ emerged over the weekend. If this is the sort of rubbish we can expect added funds from the proposed raise in National Insurance to go on, Britain is being taken for a ride.
You would think that during a pandemic everyone who works in the NHS would be run off their feet keeping us safe from Covid. In the main this seems to be the case, and I know from friends who work in the NHS that they have been exceptionally busy and working very long hours. But these people all work on the front line: they are paramedics, nurses, occupational therapists, and porters.

Yet it seems that not everyone who works for the NHS has their mind focussed on the pandemic. Whereas the frontline workers are run ragged looking after the people who are ill, the overpaid, politically correct, non-jobbers have had other things on their minds. Let me introduce you to Aishnine Benjamin, the Equality, Diversity and Inclusion lead at the Nursing and Midwifery Council.

Over the weekend, Ms. Benjamin found time away from saving us all from Covid to write a blog post that has caused a bit of controversy. Her blog post, titled “Dear white people in the UK”, includes recommendations for us to read up on ‘white privilege’ and ready ourselves for political discussions about race at work.

Under the subheading “for white people”, she is even kind enough to provide a reading list for us so we can re-educate ourselves. She wrote, “there are some quick reads that summarise for a UK audience, how a poor understanding of the history of race and what racism really is, has created our current structurally racist systems.” Interestingly, the first book Ms. Benjamin recommends is by a Guardian journalist who wants to tear down Nelson’s column because she thinks it is racist. Enough said, really.

I don’t know about you, but I am sick to death of all this, and I refuse to self-flagellate because I happen to be white. I was born this way and I can’t help it. I genuinely believe that the UK is one of the most welcoming countries in the world and you can make a success of yourself whatever the colour of your skin. I also do not think that the UK is inherently racist. Yes, there have been mistakes, such as the Windrush scandal, but these are exceptions, not the norm.

I also do not think that we should be junking our history and historical heroes because a noisy minority of the hard Left and race-baiters claim that they do not conform to today’s values. Sir Winston Churchill, for example, is a hero of mine and I accept that he may have held views on race that do not stand up well today. But you know what, I accept that warts and all because if it wasn’t for him, we could well be speaking German today and society would be a lot more racist.

Anyway, I digress, back to Ms. Benjamin. There is now an online petition to have her sacked because of her inflammatory and condescending blog post. I also don’t know what she is paid to write the quasi-sociological drivel, but a quick scan of the internet shows that the Derbyshire Healthcare NHS Foundation Trust are advertising for an assistant director, equality, diversity and inclusion, with a whopping salary of £63,751-£73,664. Now, I know what you’re all thinking, this is really taking the piss. The salary for the assistant director, equality, diversity and Inclusion is the equivalent of THREE nurses! And then we wonder why the NHS always seems to be chronically underfunded and why the government is currently considering increasing National Insurance to fund social care.

The NHS is the fifth-largest employer in the world, with only the US Department of Defense, Walmart, the Chinese People’s Liberation Army and McDonald’s having more employees. I have been saying for years that way too many non-jobbers are employed by the NHS and that their salaries should be redirected on to the front line. For uttering such heresies, I was cast as the devil incarnate by the Left – but you know what, I was right then, and I am right now, and people like Aishnine Benjamin prove my point perfectly. Case closed.
#Covid
Add Comment