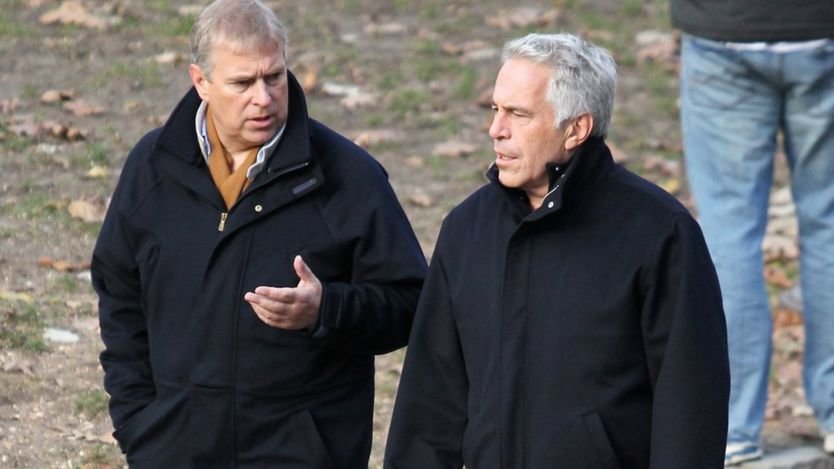 Can Prince Andrew be forced to testify?

Prince Andrew is coming under pressure to speak to investigators in the US about the late sex offender Jeffrey Epstein after claims he is not co-operating with the inquiry.

The Duke of York said in a BBC interview in November that he did not see, or suspect, any suspicious behaviour when visiting the homes of his then friend.

But he said he was "willing to help any appropriate law enforcement agency". So what happens now?

Can Prince Andrew be forced to co-operate with an investigation in the US?
There are two broad types of legal "investigations" involved.

Firstly, the criminal investigation being conducted by the FBI into Jeffrey Epstein.

Secondly, investigations being undertaken by lawyers acting for accusers of Jeffrey Epstein who are seeking compensation in civil claims against his estate.

Prince Andrew is not under any legal obligation to assist the FBI or lawyers representing Epstein's accusers.

However, under something known as "Mutual Legal Assistance" (MLA), both prosecutors and the lawyers acting for Epstein's accusers can issue a formal request for the prince to give evidence (known as a deposition) in the UK.

In relation to the criminal investigation, this would take place at a magistrates' court, almost certainly Westminster Magistrates Court, where it is customarily done.

Prince Andrew would be sworn in and asked questions. The hearing would take place before a judge in private. However, he could exercise his right against self-incrimination and choose not to answer.

In relation to the civil claims, there is a similar process. Again, a formal letter of request must be issued under MLA. The High Court would then appoint an examiner - either an experienced barrister or a "master", a judge who deals with procedural matters before a trial.

In both the civil and criminal proceedings, Prince Andrew could seek to have any formal MLA request set aside before he is deposed, on the grounds that he has no relevant or material evidence to give.

If it happens, it is all some way off in the future. Statements by US prosecutor Geoffrey Berman and lawyers for Epstein's accusers are putting moral pressure on Prince Andrew to co-operate.

That co-operation could be provided by the prince informally by agreement. This is something that his lawyers are likely to be seriously considering now.

It is significant that neither US prosecutors nor lawyers for Epstein's accusers have yet issued MLA requests, so there is the opportunity for the prince to co-operate informally.

What if a subpoena is issued in the United States?

A subpoena is an order to compel someone to appear in court or to submit evidence.

If that happens, there is no obligation for Prince Andrew to go to the US and submit to the subpoena.

If he did travel to the US and there is an outstanding subpoena, he could in theory be arrested for contempt of court and taken to a court to answer questions.

Daniel Sternberg, a barrister specialising in extradition law at Temple Garden Chambers in London, said: "It is important to remember that Prince Andrew has not been charged with any offence in the US. The FBI is investigating whether he has material evidence that could assist in its criminal investigation of alleged sex trafficking.

"In the civil case brought by Epstein's victims, the close friendship between the Prince and Epstein means that the lawyers for Epstein's victims believe his evidence may be relevant to their claims.

"While there is no way to compel Prince Andrew to give evidence in the UK or the US in either the civil or criminal case, his failure to do so does not sit well with his previous public statements that he would help any appropriate law enforcement agency with its inquiries."

However the legal process develops, Prince Andrew's discomfort is likely to increase.