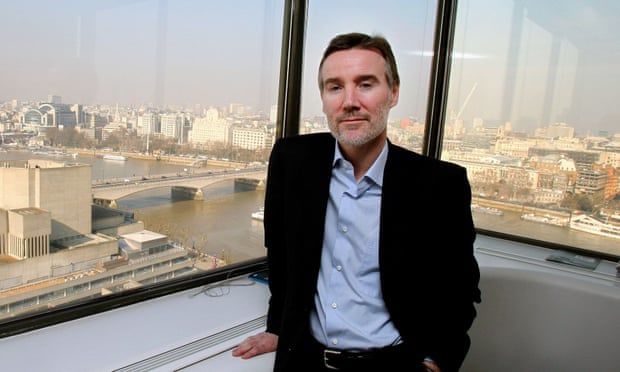 Can Adam Crozier help connect BT to a bright future?

When Adam Crozier arrived to run Royal Mail 18 years ago, during a time of turmoil and industrial unrest, he confessed to a taste for difficult roles. It’s a tendency he once described as “thrawn”, a Scots word meaning difficult or intractable.

The role in fact required considerable political skills in managing ministers – the Royal Mail was still government-owned – and a unionised workforce. Crozier will need those diplomatic skills once more as he takes the chair at BT, the former telecoms monopoly, to balance the demands of regulators and an array of heavyweight investors. BT’s board will be hoping the 57-year-old enjoys a smoother relationship with BT’s chief executive Philip Jansen – three years his junior – than the previous chairman.

BT’s newest and biggest shareholder is Altice. Owned by the billionaire telecoms tycoon Patrick Drahi, it took a 12.1% stake in June and speculation still surrounds its intentions.

He first shone in advertising where at 31 he was appointed as the joint chief executive of Saatchi & Saatchi, the agency that famously created the Labour Isn’t Working campaign, which helped carry Margaret Thatcher to victory, after founding brothers Charles and Maurice left to launch a rival.

But it was his surprise appointment to the Football Association in 2000 – at 35 – that first brought him to wider public attention. Tasked with transforming the organisation to take advantage of the boom in football rights sparked by Rupert Murdoch’s Sky, he cut the 91-strong board to a 12-member ruling committee. He was also responsible for appointing Sven-Göran Eriksson as the first foreign manager of England.

Crozier was born and raised on the Isle of Bute, his father worked as a land agent for the Marquis of Bute and his mother in the back offices of the Scotsman newspaper. He started his education in Ayr before moving to the comprehensive Graeme high school in Falkirk. A keen footballer, Crozier had trials with Hibernian and Stirling Albion, and went on to gain a bachelor’s degree in business organisation at Heriot-Watt University in Edinburgh.

Softly spoken, and described by friends as slow to anger, Crozier’s calm belies a willingness to make the tough decisions.

He joined Royal Mail at a time when the postal service was losing £1m a day and ministers were hoping a reorganisation would eventually lead to privatisation. In his seven years in charge he slashed the workforce by about 70,000, albeit mostly on a voluntary basis, shut thousands of post offices and had to ride out two national strikes. He left in 2010, having returned the business to profitability. His success brought rewards, with a £3.5m in pay, bonuses and pension during his final year, but the payments sparked ire among the workforce.

His next role was at ITV, which was just beginning to show the green shoots of recovery after weathering the worst advertising recession in history, caused by the credit crunch. In seven years ITV’s share price quadrupled, partly fuelled by the natural recovery in the ad market but also thanks to Crozier’s investor-pleasing move to spend hundreds of millions to build the broadcaster’s TV production arm, making him more than £27m in the process.

Claire Enders, the founder of Enders Analysis, believes that Crozier and Jansen are cut from a similar cloth and should make a strong team.

“I think their management and personality styles are actually very similar and are along the same lines,” she says. “They are very smooth, calm, process-driven. With only three years’ age difference I think they will get on very well. Adam has dealt with a panoply of stakeholders similar to BT – Ofcom, government, pension fund trustees – he has a lot of familiarity with complexity and is seasoned in terms of crises.”

Crozier’s background is unlikely to herald a renewed push by BT into television content: Jansen is set on pulling back from spending hundreds of millions on sports rights, and BT is looking to sell a stake in its pay-TV sport business.

BT’s foray into pay TV, which began in earnest in 2012, successfully halted the loss of millions of broadband customers to Sky, but it was costly, losing an estimated £2bn. BT has spent almost £7bn on rights to date including a series of expensive bidding wars with Sky led by Jansen’s predecessor, Gavin Patterson.

The losses were stemmed three years ago when BT and Sky struck a channel-sharing deal which reduced the need to outbid each other for rights.

BT subsequently settled as a “viable second” competitor to Sky in sports broadcasting.

“I think a major move back into building sports rights and the pay-TV business is a long shot,” says Matthew Howett, an analyst at Assembly Research. “With potential movement in the future ownership structure of parts of BT it would be an unwanted distraction to move the focus from core connectivity back to content.”

Crozier and Jansen’s focus will be on restructuring BT to make it more fleet of foot in the digital age, ensuring it delivers a £15bn plan to roll out full-fibre broadband and 5G mobile networks across the country, as it faces stiffer competition from rivals such as the newly merged Virgin Media O2.

As chairman of Whitbread, a role he took after leaving ITV, Crozier was heavily involved in the £3.9bn sale of Costa Coffee to Coca-Cola, and the handling of activist investor Elliott Management.

He will also be a welcome fortification of the board at a time when BT is being circled by some formidable beasts, including Drahi. The company could become a takeover target, or it could be pressured to sell a stake in its Openreach subsidiary, which charges rival telecoms operators for access to the BT network. A moment for thrawn determination.

1986 – Media sales at the Daily Telegraph

2000 – Chief executive of the Football Association

2017 – Chairman at Whitbread, the owner of Premier Inn and cinema-owner Vue International