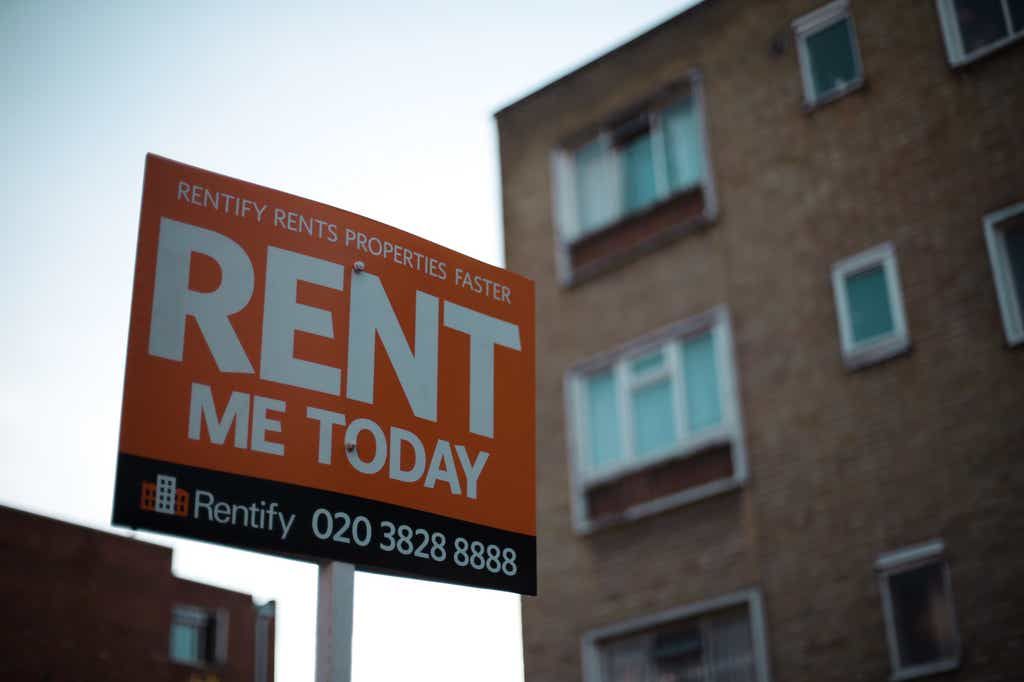 It comes as research found that four in 10 renters under the age of 30 are locked into expensive contracts that exceed 30 per cent of their pay
Housing campaigners have urged the Government to introduce a cap on rental prices amid the cost of living crisis.

The Government is introducing changes that will prohibit landlords from using Section 21 “no fault” evictions and empower tenants to challenge unjustified rent increases under its Renters Reform Bill.

However, campaigners have claimed that the plan needs to be toughened up as it doesn’t do “anywhere near enough” to help millions of people who rent in the UK.

Anny Cullum, policy officer at housing campaign group Acorn, told Sky News: "There’s some really good things in the current Renter’s Reform Bill White Bill, for example ending Section 21 ‘no fault’ evictions, which will mean tenants aren’t being kicked out of their homes for no reason. But it doesn’t go anywhere near far enough on affordability.

"What we want to see is caps and rent controls put in. We can’t rely on landlords to regulate themselves - at the end of the day they are businesspeople, and they’ll take advantage of opportunities to make as much profit as they can."

It comes as research found that four in 10 renters under the age of 30 are locked into expensive contracts that exceed 30 per cent of their pay.

Research from the property consultancy Dataloft found that, while London has the highest rents, affordability in places including Rotherham, Bolton, Salford, Walsall and Dudley is now the worst for young people since the start of the pandemic.

Under-30s spend more of their earnings on rent than other workingage groups, the data suggests. They are less likely to have dependants and are more willing to move around.

Agents and property companies blame a lack of supply for rapidly rising rents, with many potential tenants willing to offer over the asking price, or renew deals at much higher levels, to secure a property.

In one in six local authorities across England, Wales and Scotland for which there was enough data, the majority of young renters spent more than 30 per cent of their earnings on their housing in the year to the end of June, according to analysis of Dataloft figures.
Add Comment