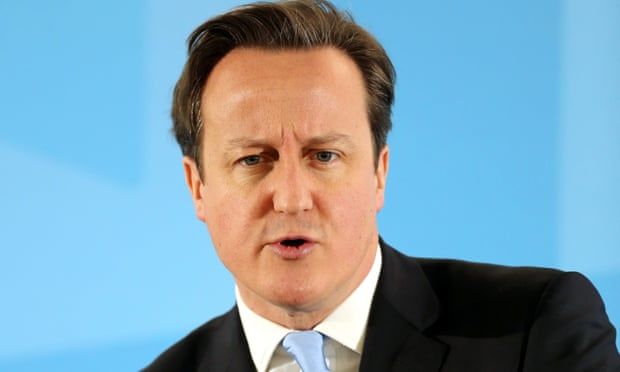 Cameron, who was an adviser and shareholder in Greensill, is said to have contacted former colleagues to try to help the supply chain finance firm tap cheap, 100% government-backed loans through the Covid corporate financing facility (CCFF).

By borrowing money via the CCFF, Greensill would have been able to lend more money to its borrowers – including one of its largest clients, the metals magnate and Liberty Steel-owner Sanjeev Gupta.

Liberty, the UK’s third-largest steelmaker, has been forced to pause production at some of its UK plants to conserve cash in the wake of Greensill’s collapse. Its parent company, GFG Alliance, employs about 5,000 people in the UK.

But granting Greensill access to the CCFF would have meant bending the rules for the doomed finance firm.

Greensill representatives tried to make its case to two of the Treasury’s most senior officials, who held 10 virtual meetings with the firm between March and June last year, according to the Financial Times.

When officials resisted, Greensill claimed that “concerns about their eligibility for the CCFF were misplaced or could be addressed”, the paper said, citing records released under the Freedom of Information Act.

Cameron later stepped in, approaching the Treasury and 10 Downing Street via his personal email and at least one phone call, according to FT sources. Cameron’s office did not immediately respond to requests for comment.

CCFF loans, which are doled out by the Bank of England on behalf of the Treasury, are aimed at helping the UK’s largest companies weather the pandemic. Crucially, the rules in effect bar lenders such as Greensill taking part by stating that only “non-financial firms” can take part.

Borrowers – which have included Rolls-Royce, Honda, British Airways, EasyJet and Ryanair – are meant to apply directly to the central bank rather than through an intermediary lender such as Greensill. The loans are also restricted to firms with a strong investment-grade credit rating that make a “material” contribution to the UK.

Greensill was accredited as an intermediary lender for the second-largest scheme – known as the coronaviruslargebusiness interruption loan scheme, which came with an 80% government guarantee – last year.

However, supply chain finance firms such as Greensill were only allowed to issue individual loans worth up to £50m to each borrower. When the firm was denied access to the CCFF, its Australian founder, Lex Greensill, asked ministers for permission to write loans worth up to £200m, in line with other lenders such as Barclays.

That request was reportedly denied by Treasury officials, who said it would represent a “significant exposure”, the FT said.

It emerged earlier this month that the British Business Bank, which administers the bulk of the emergency Covid loan schemes, revoked Greensill’s government guarantee, leaving the firm, rather than the UK taxpayer, on the hook for any customer defaults.

Labour is now calling for an investigation into Cameron and Greensill’s alleged lobbying efforts.

The shadow chancellor, Anneliese Dodds, said: “These revelations raise extremely serious questions about the chancellor’s priorities in the middle of a pandemic. The government must leave no stone unturned with a full and thorough investigation into this.

“Taxpayers and businesses deserve answers about why it appears Greensill was given so much access to the Treasury at a time when the chancellor was refusing to engage with groups representing the millions of people he excluded from wage support.

“The chancellor must urgently set the record straight.”

“The meetings in question were primarily about broadening the scope of CCFF to enable access for providers of supply chain finance, which – following a call for evidence and discussions with several other firms within the sector – we decided against and informed the businesses concerned.”
#Covid
Add Comment