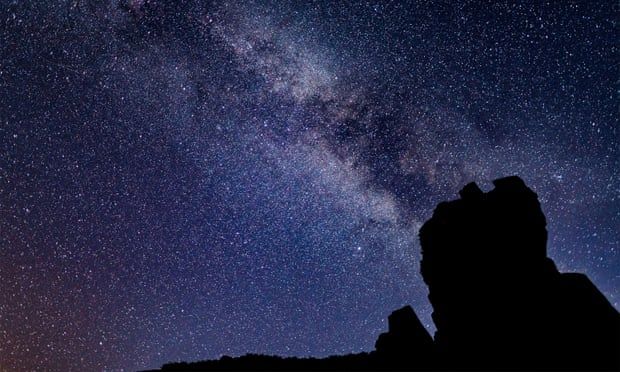 Nicholas Walton gives up leadership of €2.8m pan-European research after dispute over Northern Ireland protocol
A Cambridge University astrophysicist studying the Milky Way and hoping to play a major part in the European Space Agency’s (Esa) next big project has been forced to hand over his coordinating role on the scheme after the row over Northern Ireland’s Brexit arrangements put science in the firing line.

Nicholas Walton, a research fellow at the Institute of Astronomy, reluctantly passed his leadership role in the €2.8m pan-European Marie Curie Network research project to a colleague in the Netherlands on Friday.

The European Commission had written notifying him UK scientists cannot hold leadership roles because the UK’s membership of the flagship £80bn Horizon Europe (HE) funding network has not been ratified.

Walton was to have led a doctoral network related to Esa’s Gaia mission that is mapping nearly 2bn stars in the Milky Way.

He is one just one of a handful of British physicists approved for a HE grant but must now take a passenger seat in his own project.

The Government blamed the EU. Brussels has delayed associate membership of Horizon Europe, agreed in the trade deal of December 2o20, while the Northern Ireland protocol row remains unresolved.

Carsten Welsch, a physicist at Liverpool University, who has won €2.6m in funding, also from the Marie Curie network, for long term research on a novel plasma generator, is also facing the same dilemma – move to the EU or hand over leadership to an EU institution to secure the research role.

“As the UK’s association to Horizon Europe isn’t completed, we are now at real risk of losing our leadership in this consortium and to be marginalised.

“This is really heartbreaking, given the long and extremely successful track record in scientific collaboration between the UK and EU,” he said.

Both Welsch and Walton say the loss of their roles in the research networks is only part of the picture. With Horizon Europe comes a ringside seat in bigger projects worth billions of euros involving networks of academia and industry.

“The damage is already being done … our influence is eroding,” said Welsch.

Walton’s coordinating role came with the opportunity to be part of the European team defining the science case for the €1bn successor to Gaia, Esa’s Voyage 2050 programme and to train a new cohort of astronomers.

“It is about jobs and the economy and ultimately this makes the UK a wealthier society,” he said.

Last week the EU’s ambassador to the UK, João Vale de Almeida admitted that British science could be a “victim of the political impasse”.

Sir Adrian Smith, president of the Royal Society said: “The window for association is closing fast, and we need to ensure that political issues do not get in the way of a sensible solution. We have always been very clear that association is the preferred outcome for protecting decades of collaborative research, and the benefits this has brought to people’s lives across the continent and beyond.”

Welsch is considering his options and said an offer by the UK to step in with alternate funding is “fantastic in principle”.

But he says it is not a replacement.

“While the UK Research and Innovation guarantee fund provides vital financial support and allows UK institutions to contribute as Associated Partners (without EU funding), it means that UK institutions can no longer lead projects, can no longer be in charge of project milestones, and overall it feels as if the UK is losing important leadership.”

The business secretary Kwasi Karteng is reportedly reviewing the UK’s membership to Horizon Europe following the EU’s refusal to ratify the deal in December 2020.

A spokesperson for his department said: “We are ready to formalise our association to EU programmes at the earliest opportunity, but disappointingly there have been persistent delays from the EU.

“Given these delays, it is only right and responsible that we are prepared for all outcomes, including one where we are not able to associate.”
Add Comment