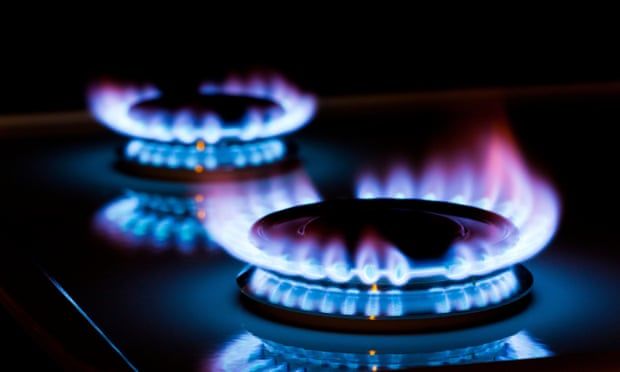 With global gas prices at 16-year high, cash-strapped consumers are braced for soaring costs this winter
The government faces calls to bring in a social tariff to help struggling households pay their energy bills as soaring prices threaten to drive an extra half a million homes into fuel poverty this winter.

Some of the UK’s biggest energy companies have warned ministers that millions of bill payers will need extra help this winter as the regulator prepares to reveal one of the steepest ever hikes to the energy price cap.

The regulator, Ofgem, is expected to raise prices by about £150 a year for 15m homes using a default dual-fuel energy tariff from October because gas prices have soared to 16-year highs in the past week.

The “unprecedented” global gas market surge could drive Ofgem’s energy cap, which is calculated based on the cost of supplying energy, to a record £1,288 on average a year. It would also add over 500,000 homes to the more than three million already in fuel poverty, according to campaigners.

The looming crisis threatens to deal a particularly heavy blow to families hard hit by the financial fallout of the pandemic by coinciding with the wind-down of government furlough payments by September.

“This is difficult news for all households,” said Jonathan Brearley, the chief executive of Ofgem. “Therefore, my message to energy companies is clear – you need to provide all available help and support to customers who are struggling as a result of this price change.”

Some of the largest energy companies including British Gas, E.ON UK, EDF Energy and Scottish Power have called on the government to legislate for a social tariff for energy, set below Ofgem’s price cap, to help households which are often forced to choose between paying their heating bills or buying food.

Michael Lewis, the chief executive of E.ON UK, said a social tariff should be “one of the top priorities” for new energy legislation next year, and would “signal the government’s intent to deliver a fair and just energy transition to net zero, ensuring no one is left behind”.

Keith Anderson, chief executive of Scottish Power, added that the social tariff should build on the government’s existing warm homes discount, which offers eligible households a £140 energy bill discount each winter but is a “blunt instrument” in tackling fuel poverty.

“I know it’s complicated, and a massive amount of work would need to be done into how it would work, but that’s a sensible place for the industry to get to,” Anderson said.

An Ofgem spokesperson said: “We know that many families are suffering the economic impact of Covid-19 and that energy bills are on the rise. If anyone is struggling to pay their energy bills, we encourage them to contact their supplier who will discuss options with them.”

A spokeswoman for the government said it was continuing to make “significant progress” in tackling fuel poverty and would “invest £1.3bn to upgrade the energy efficiency of homes, helping low-income families significantly reduce their energy bills”.
#COVID-19  #Covid
Add Comment