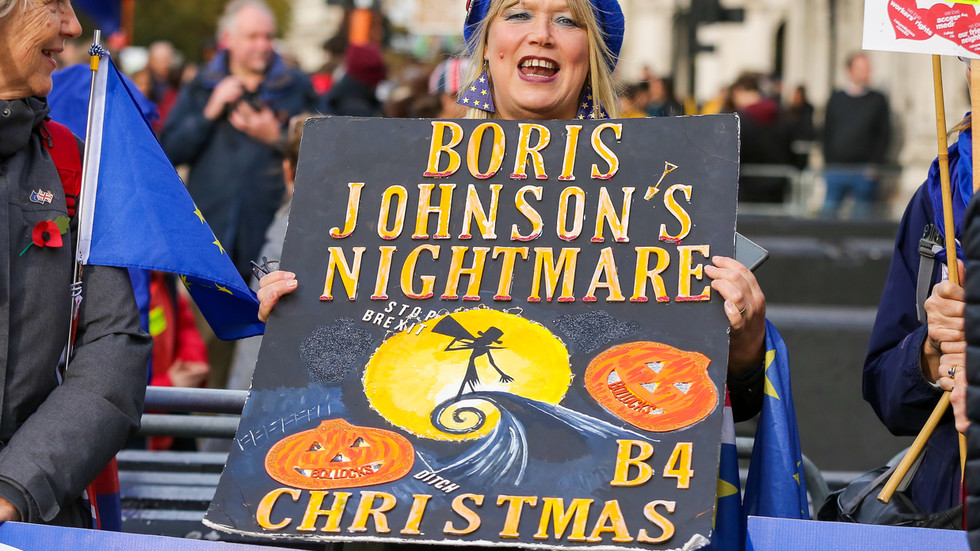 It's easy to hate Christmas in the UK; it's expensive, it's cold, Brexit is still lingering in the air, and festive songs are repeated so often that you feel like impaling yourself on the nearest Christmas tree.

In a race to get to Christmas number one, classics 'Rocking Around the Christmas Tree,' 'All I Want for Christmas is You,' and favorite 'Stay Another Day' will take on new tracks such as Stormzy's 'Own It' and YouTube star LadBaby's 'I Love Sausage Rolls.'

But fresh from election fever, Darcie Schoenman Molina from Pennsylvania has started an online campaign to get Jarvis Cocker's 2006 single 'Running the World' to the top position. The reason? To make it clear that the winning Tory party is not wanted!

The Facebook group set up to support the revival of the song states: "In light of so much recent election horror, let's do this! A bit of fun to focus on for the next week. Let's all make 'C**ts Are Still Running the World' the UK Xmas #1! Purchase the song from iTunes (or wherever) from now until the end of Thursday 19th December. If you can afford the 99p, please do buy it."

Tactically listen to get "Cunts Are Still Running The World" to Christmas number 1.

With passionate lyrics evaluating the desperate social, economic and political troubles of life in the UK, the internet has exploded with supporters unhappy with the election result, all wanting to share their anti-government rhetoric. Thousands online in the UK and beyond have called for everyone to download the song and stream it on every possible site.

Now the working classes are obsolete
They are surplus to society's needs
So let 'em all kill each other
And get it made overseas.
That's the word, don't you know
From the guys that's running the show
Let's be perfectly clear boys and girls,
C**ts are still running the world...

Former Pulp frontman Jarvis Cocker has not yet made a public comment.

Is Jarvis Cocker about to land a surprise Christmas Number 1? https://t.co/R9kncT6lbv

A charts spokesperson refused to confirm whether the eloquent anti-establishment song would be officially recognized. "The Official Chart Show and the Christmas No 1 are historical and factual accounts of what the British public have been listening to, and we make decisions about which songs are played when the final chart positions are clear," they said.

100 plays of 'C**ts Are Still Running The World' by Jarvis Cocker on Spotify counts as 1 purchase for #christmasnumber1. That's plugging your phone in, sticking it on silent, and putting it to play on loop for 7 hours, 58 minutes, and 20 seconds. Get an early night #jarvis4xmas

The song might not make it to the top spot and it certainly won't get Jeremy Corbyn into 10 Downing Street – but it might help to soothe a few disappointed voters.

Whatever claims the number one music position, with the current tumultuous climate across the UK, it certainly won't be... Silent Night!