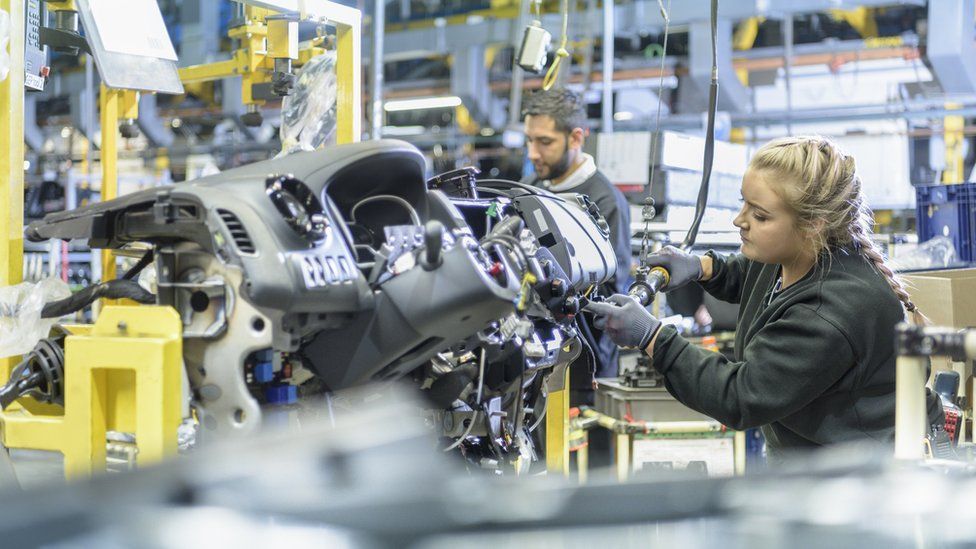 The scheme will include a new "flexi-job" apprenticeship that will enable apprentices to work with a number of different employers in one sector.

Unemployment is at its highest level in almost five years, with younger and typically lower-paid workers bearing the brunt of job losses.

Mr Sunak said it was "vital" support continued to get people back into work.

The chancellor's boost to existing apprenticeship and traineeship programmes will include playing up to double the current cash incentive to firms who take on an apprentice, regardless of age.

It comes as a new government guarantee for low-deposit mortgages is announced as part of next week's measures.

Traineeships are intended to get people into their first job after education. They last from six weeks to six months and they are open to people aged between 16 and 24.

Currently, firms in England are given £2,000 for every new apprentice they take on under the age of 25, and £1,500 for those over 25, in addition to a £1,000 grant they are already getting under another project.

Mr Sunak will promise to increase the cash incentives for employers who take on an apprentice to £3,000 - regardless of age. 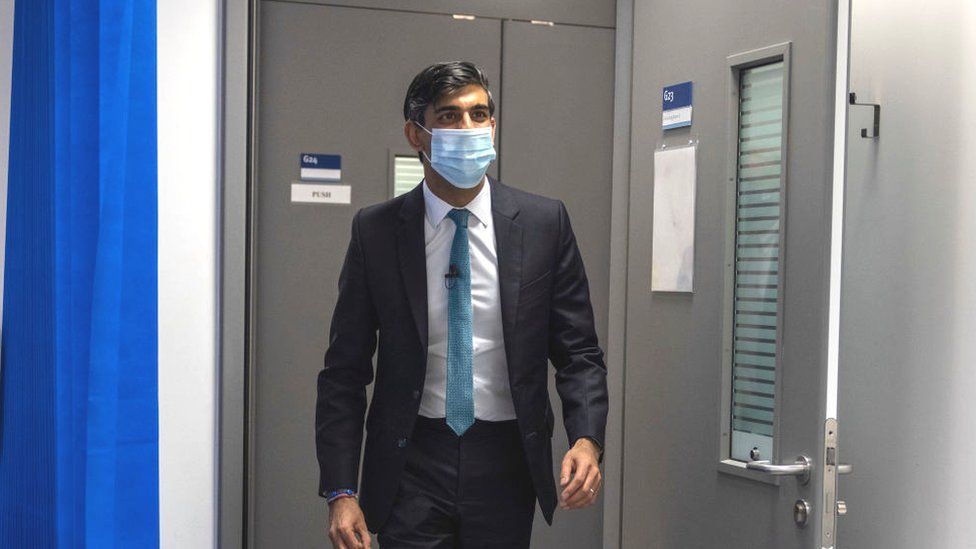 Chancellor Rishi Sunak is warning the UK's finances are "exposed"

So the government says the planned £126m investment could enable 40,000 more traineeships.

While he is committed to helping jobseekers and employers, Mr Sunak warned in an interview with the Financial Times that the UK's finances were now "exposed".

"Because we now have far more debt than we used to and because interest rates . . . at least a month or two ago were exceptionally low, that means we remain exposed to changes in those rates," he said.

"That why I talk about levelling with people about the public finances [challenges] and our plans to address them."

He added that the UK's exposure to a rise of one percentage point across all interest rates meant adding £25bn a year to the government's cost of servicing its debt.

The Chartered Institute of Personnel and Development (CIPD), which represents HR professionals, welcomed the move, but said it would like to see reform of the apprenticeships system to make it more flexible.

"Changing the apprenticeship levy to make it a flexible training levy would achieve a bigger boost to skills development than incentives alone," said Lizzie Crowley, skills adviser for the CIPD.

She stressed that awareness of traineeships is very low: "Besides providing additional funding for placements, the government will have to do much more to market them to employers to boost uptake."

The Federation of Small Businesses (FSB), which had previously called for flexi-job apprenticeships, said the increase in incentives for employers was "important", because the current level of support "is not leading to enough starts".

"It will be important in the budget to take wider action to support jobs, including on employers national insurance and reintroducing the jobs retention bonus," said the FSB's national chairman Mike Cherry.

"Going forward, the government should consider changing the timings of apprenticeship incentives."