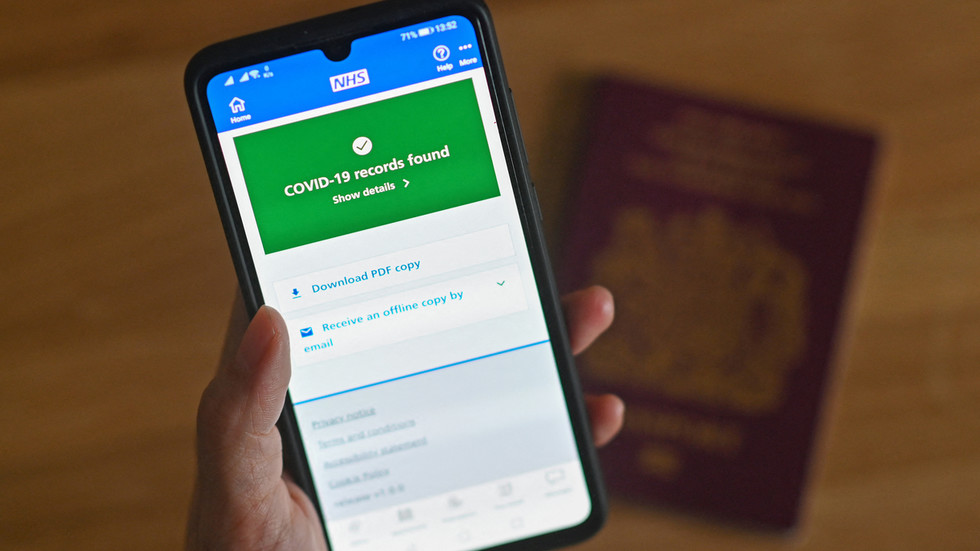 Some Britons have gone online to campaign for the sacking of the UK’s vaccines minister, Nadhim Zahawi, accusing him of lying about vaccine passports after he promised in January that there were no plans to introduce them.

On Monday, angry Brits demanded Zahwai, the British minister responsible for the roll-out of Covid-19 vaccines, be sacked over the about-face on vaccine passports. “No one has been given or will be required to have a vaccine passport,” he tweeted in January.

Despite previously ruling the passports out, however, on Sunday, Zahawi announced that they will be used in England, in certain circumstances, from the end of the month.

The vaccines minister said the end of September would be the right time to start using the passports as everyone over the age of 18 will have been offered two shots by then. The document will purportedly only be needed at large gatherings, like nightclubs and other large indoor venues.

“One thing that we have learnt is that in large gatherings of people, especially indoors, the virus tends to spike and spread,” the minister told the BBC’s Andrew Marr.

Zahawi’s bombshell was not well-received by some in Britain, notably those in the UK’s relatively small anti-vaccination community.

Journalist Sonia Poulton told Britons to warn their children about people like Zahawi, claiming he is the type of MP who will “say whatever is required to please those pulling his strings. Even if it’s completely opposite to what he said previously.”

One enraged person accused Zahwai of being an “unashamed liar” and “tinpot despot.”

“His name shall live on in infamy, long after he has shuffled off to hell for his crimes against humanity,” they wrote, adding the hashtag ‘SackZahawi’.

Some posted screenshots of Zahawi’s own tweet from January in which he promised there would be no vaccine passport usage in the UK.

Many called on others to retweet the #SackZahwai hashtag, with one saying she would prefer if it had said #ArrestZahawi instead.

Another person claimed they were surprised the minister had kept up his “charade” for so long. “Your time is up” they added, blasting Zahawi for attempting to impose what they termed “medical apartheid.”

Despite the very vocal opposition of some social media users, it was clear that many in Britain are content with the idea of a vaccine passport. “Isn't a vaccine passport just an immunisation record? Sounds good to me,” one person wrote, while another said it should be enforced domestically and internationally.

With nearly 90% of over 16s in the UK having had at least one dose of a vaccine, it appears that only a small proportion of society will be locked out of large gatherings and nightclubs.