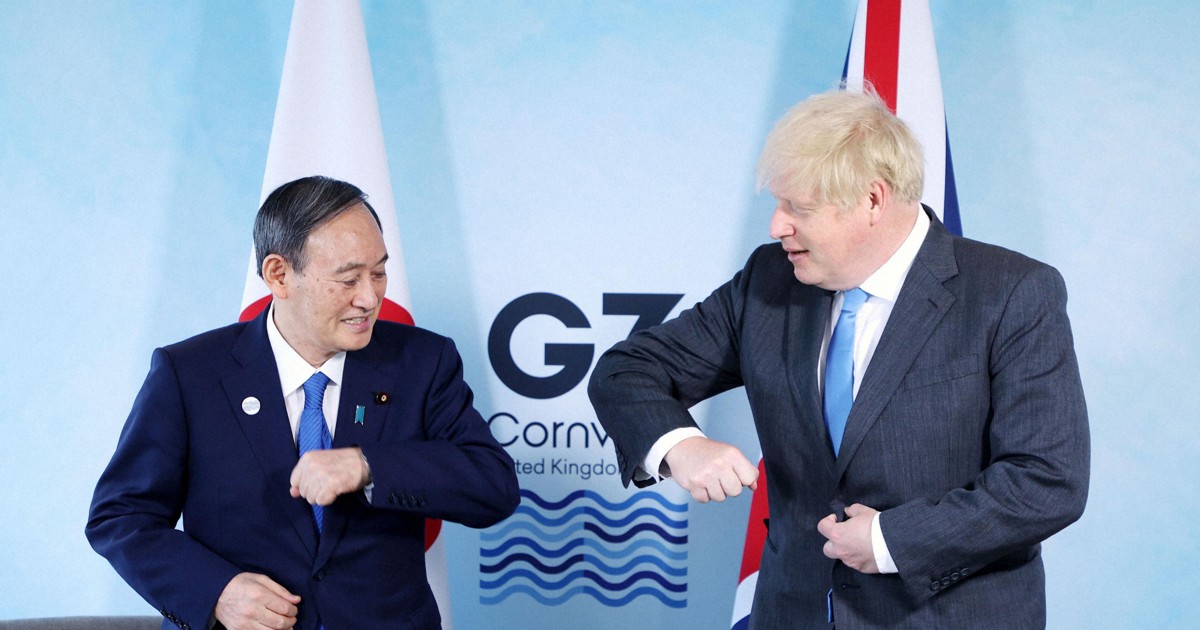 British Prime Minister Boris Johnson on Friday expressed support for the Tokyo Olympics in a meeting with his Japanese counterpart Yoshihide Suga even as concerns linger in and outside Japan over hosting the global sporting event amid the coronavirus pandemic.
Meeting on the sidelines of the Group of Seven summit in southwestern England, the two leaders also affirmed their cooperation toward realizing rules-based order in the Indo-Pacific amid China's growing assertiveness.

Johnson, who is presiding over the three-day summit, was the first foreign leader Suga met after arriving in Britain late Thursday. The two met for the first time in person after Suga took office in September.

According to the British government, Johnson "expressed his support for the Tokyo Olympics, and welcomed Japanese efforts to ensure the games can take place safely," in reference to the July 23-Aug. 8 event.

He also conveyed to his Japanese counterpart Britain's commitment to expanding its relationship with the Asian country and the wider Indo-Pacific region across trade, technology and defense.

Johnson is seeking to increase Britain's involvement in the Indo-Pacific, where the rapid expansion of China's military and economic influence has drawn concern from Western nations.

The deployment of a British aircraft carrier strike group, which will visit Japan later this year, was also touched upon between Johnson and Suga on Friday, with the two hailing it to be "a pivotal moment" for bilateral defense cooperation.

Earlier this month, the TPP members decided to start negotiations for Britain's entry into what is formally called the Comprehensive and Progressive Agreement for Trans-Pacific Partnership, or CPTPP.