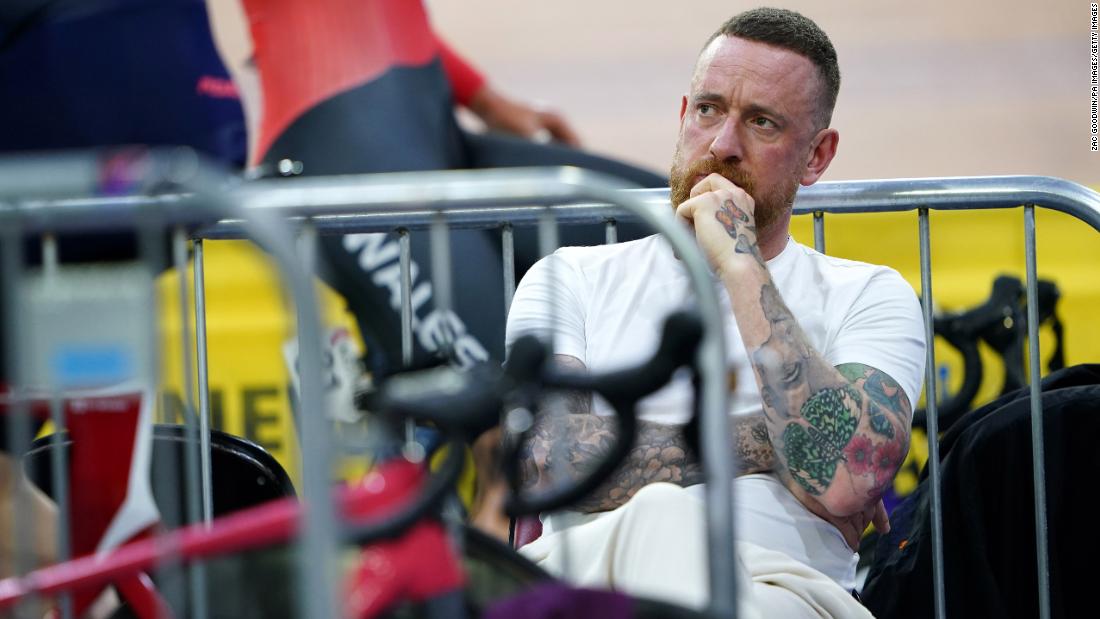 British Cycling says it has contacted five-time Olympic champion and 2012 Tour de France winner Bradley Wiggins to offer him support following an interview in which he said that he was sexually groomed by a coach when he was a teenager.
"We are deeply concerned by the matter raised by Sir Bradley Wiggins and our safeguarding team has made contact with him today to offer our full support," a spokesperson said on behalf of British Cycling-- the sport's national governing body.

"We would encourage anybody who has suffered abuse or has concerns about the welfare of others -- regardless of when the incident took place -- to utilise the support offered both by our trained team at British Cycling and the dedicated NSPCC Helpline, which in turn helps us to ensure that our sport is a safe and welcoming place for all," the British Cycling spokesperson continued.

In an interview with Alastair Campbell for Men's Health UK, Wiggins said that he had been groomed by a coach as a teenager.

When asked if he was groomed sexually, Wiggins said: "Yes. It all impacted me as an adult ... I buried it.

"I was such a loner ... I became so insular. I was quite a strange teenager in many ways and I think the drive on the bike stemmed from adversity," he said.

Wiggins was praised by Michelle North -- Head of the NSPCC's Child Protection in Sport Unit -- for speaking out.

"It takes a lot of courage to speak out about sexual abuse and Sir Bradley Wiggins has shown real bravery in revealing how he was groomed as a young cyclist by a coach who should have been protecting him," she said.

"Sports coaches hold a great deal of power and influence over the children in their care and can all too easily exploit this trust to groom and abuse them ... That's why sports clubs and bodies at all levels need a robust approach to safeguarding.

"It's common for victims to feel guilt and shame or to even be unaware that they are being abused and some may not come to accept it until decades later but nonetheless the impact can be devastating and long lasting."

"If anyone has concerns about a child being groomed or needs support for non-recent abuse, we urge you to contact our free and confidential helpline on 0808 800 5000 or by emailing help@nspcc.org.uk," added North.
Add Comment