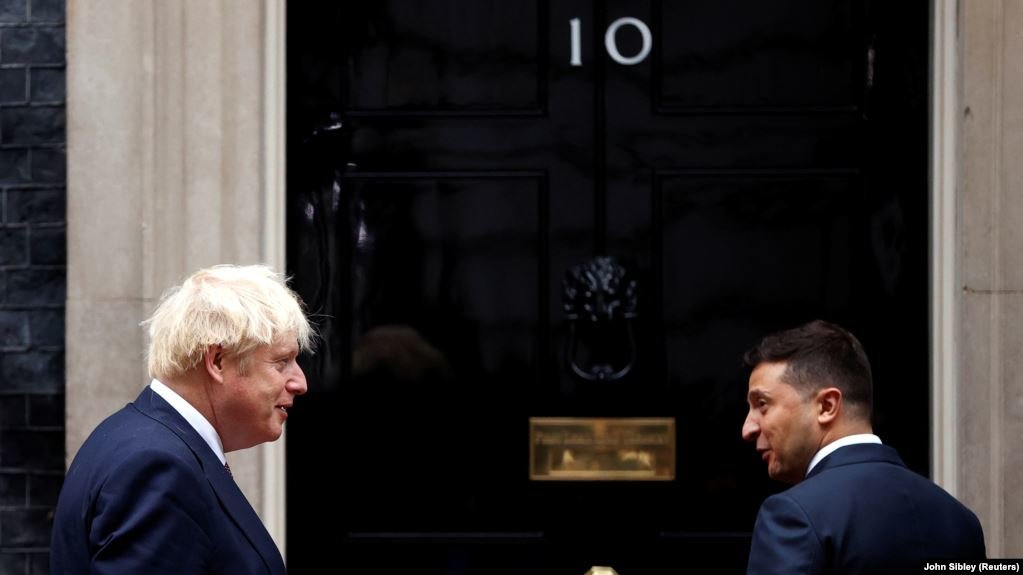 The deal “lays the foundation for an intensified bilateral relationship in areas including trade, defense and political cooperation,” Prime Minister Johnson’s office said in statement.

It replaces key elements of an existing partnership agreement between Ukraine and the European Union.

Britain formally left the bloc in January but remains bound by most of its rules until the end of the year. It is now looking to its post-Brexit future in 2021.

During their meeting in Downing Street, Messrs. Johnson and Zelenskyy discussed “the importance of working together to counter Russia’s malign influence, both in Ukraine and in the wider region,” according to the prime minister’s office.

In a separate statement, Mr. Johnson said his country was Ukraine’s “most fervent supporter.”

“Whether it’s our defense support, stabilization efforts, humanitarian assistance or close cooperation on political issues, our message is clear: we are utterly committed to upholding the sovereignty and territorial integrity of Ukraine,” he said.

Britain has been “a staunch defender of Ukraine’s right to self-determination,” the statement noted, adding that British troops had trained more than 18,000 members of Ukraine’s armed forces since 2015.

The new deal, which Mr. Johnson said “signals the next chapter in our relationship,” includes a comprehensive preferential free trade agreement covering goods and services, tariffs and quotas, his office said.

Ukrainian Defense Minister Andriy Taran and the British Secretary of State for Defense Ben Wallace on October 7 signed a memorandum on strengthening cooperation in the defense sector.
Add Comment