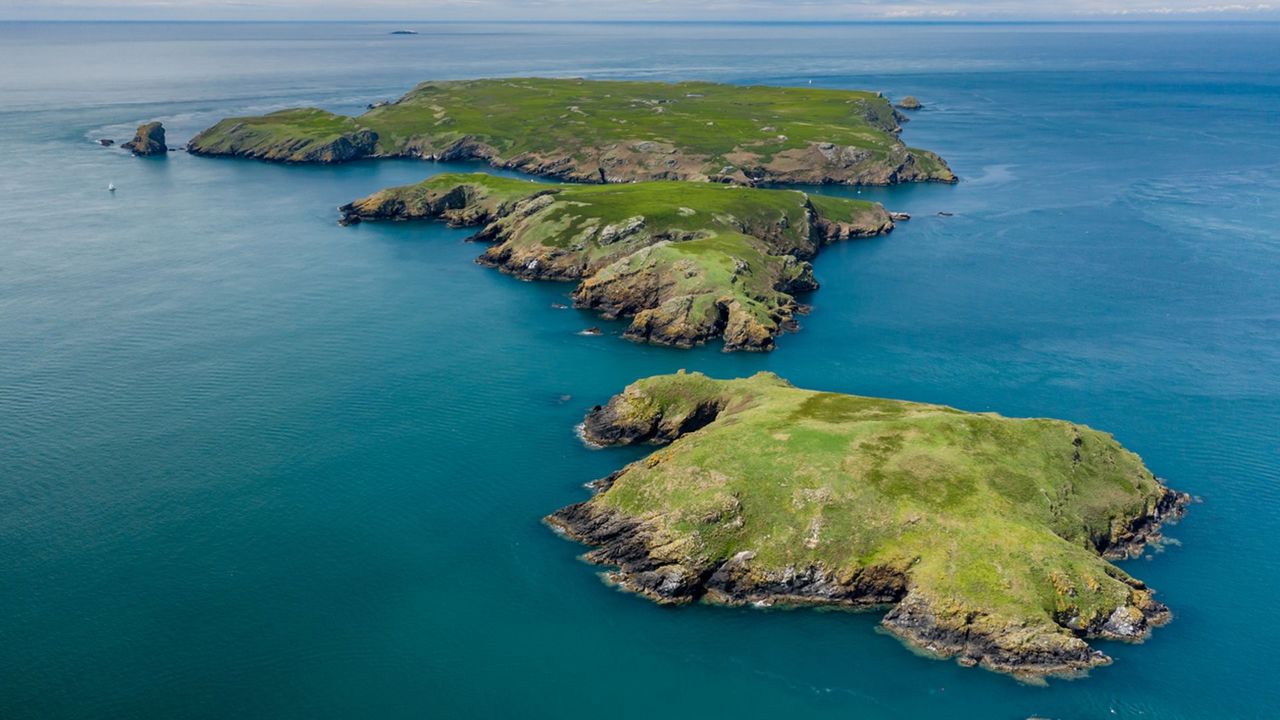 Britain’s wild places: where to escape the crowds this summer

If last year was the one where people started to notice the beauty of the wildlife right on the doorstep during lockdown, this should be the one where we start to get to know some of the best wild places in our own country, rather than presuming that all that is rare and interesting can only be found abroad.

Of course, you could head to the famous, crowded and well-trodden nature spots like the New Forest or the Lake District. But then you’d miss out on the joy of really exploring the sort of wild places that naturalists like to keep secret. So here’s a guide to some lesser-spotted wild places around Britain: just don’t tell anyone else about them. 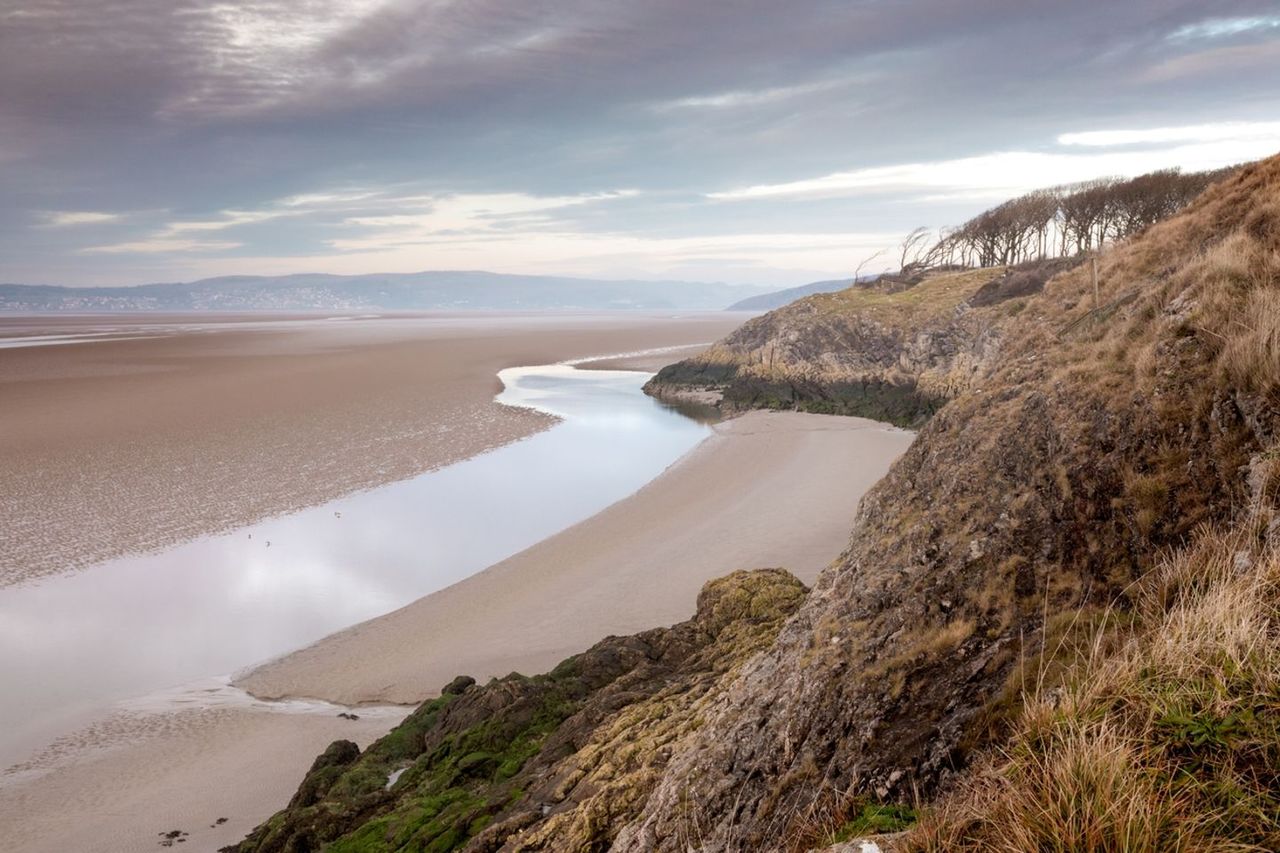 This really is a lovely Lancashire village on the sea, with so many different spots for really rare and exciting wildlife. At the RSPB Leighton Moss Nature Reserve, you can watch starling murmurations as the sun sets in the winter, see the amusingly-named bearded tits hopping about in the reed beds, and spot ospreys fishing. It's a rare day when you don't see a marsh harrier swooping over the reserve, and there are also otters, kingfishers and wading birds like avocets.

Just down the road from Leighton Moss is Gait Barrows National Nature Reserve, home to one of the very few Lady's Slipper Orchids that's not hidden away from the public. These wild plants grow on the bizarre-looking limestone pavement at the reserve, which also has beautiful dark-red helleborine orchids, the very stylish herb Paris, and the rare bird's-eye primrose. The village itself has a stunning meadow of green-winged and early purple orchids at The Lots, which is managed by the National Trust, and you must also head down to the sea at Jenny Brown's Point for more wild flowers, including the Autumn Ladies Tresses orchid. 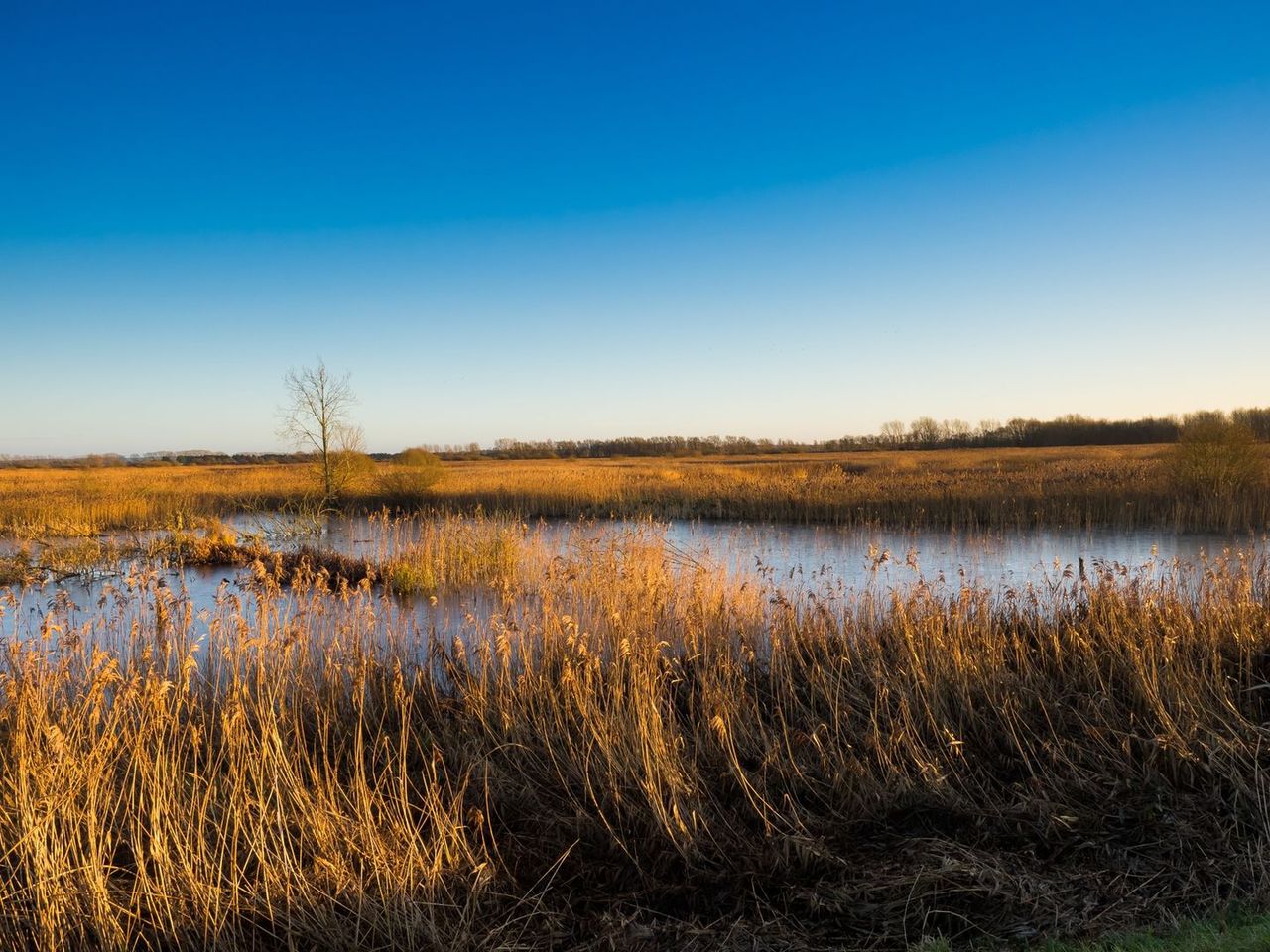 If the limestone pavements of Lancashire seem strange, the landscape of the Brecks in Norfolk and Suffolk will knock you out. Dickens described these parts as 'barren'. They cover forest, heathland and waterways and in those spaces grow a number of plants you simply cannot find anywhere else. These include the incredibly rare and inappropriately named Proliferous Pink and Spanish Catchfly. Birdwatchers also argue - with good reason - that this part of the world is one of the best for spotting rare birds such as the stone curlew, nightjars, grey shrikes and crossbills. 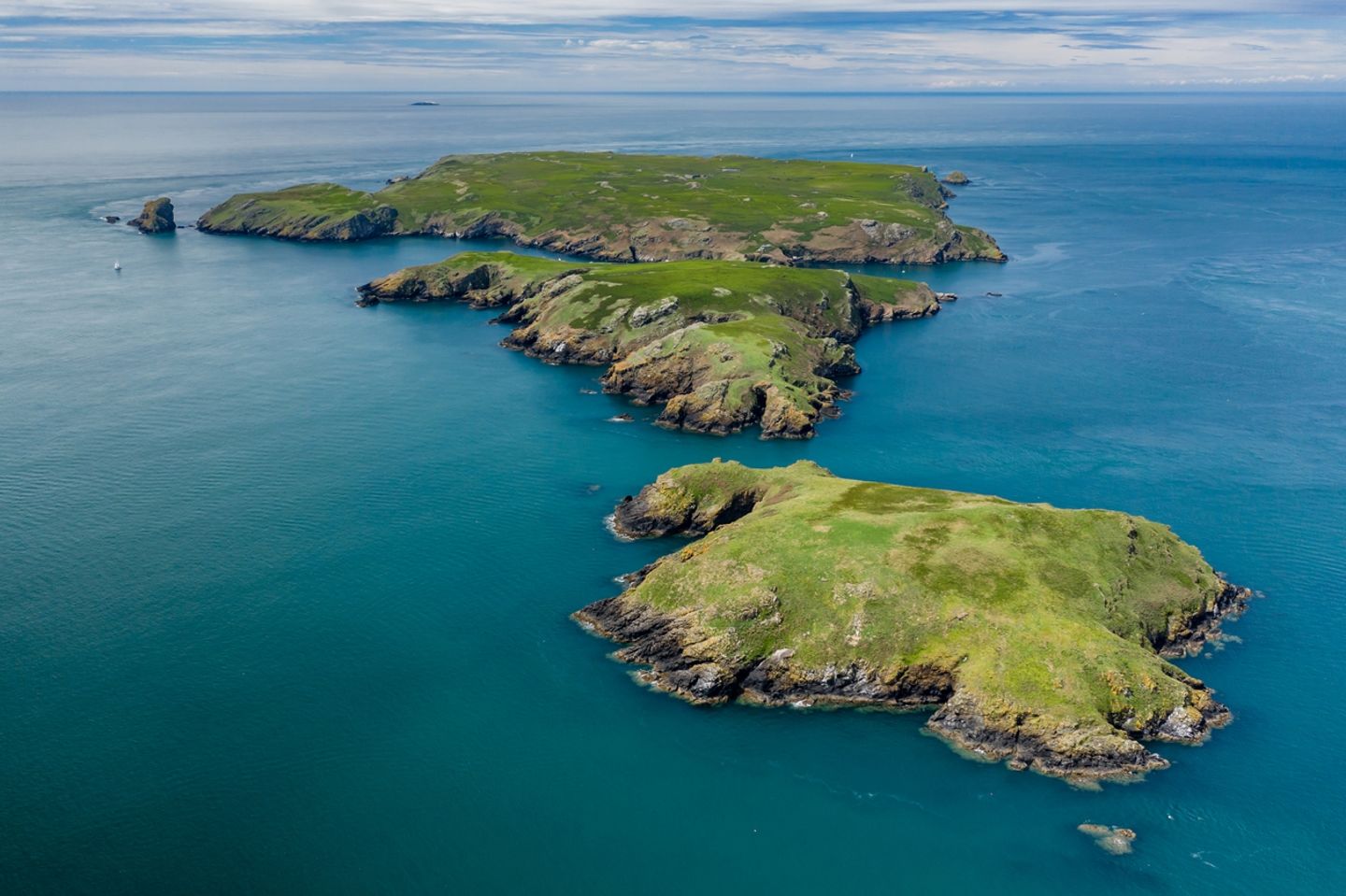 The wildlife on Skomer is so fragile that you can't just bowl up to enjoy it: you have to queue early in the morning to get one of 250 landing tickets. It's worth getting organised for, though: one you're on this Welsh island, you have the chance to come very close to the puffins that breed here, rather than squinting through binoculars at what could be a puffin or could be a rock covered in bird droppings, as is often the case elsewhere. In the spring, the island changes colour as the bluebells come into bloom. You can stay overnight here and listen to the birds coming into roost once the day trippers have gone home. 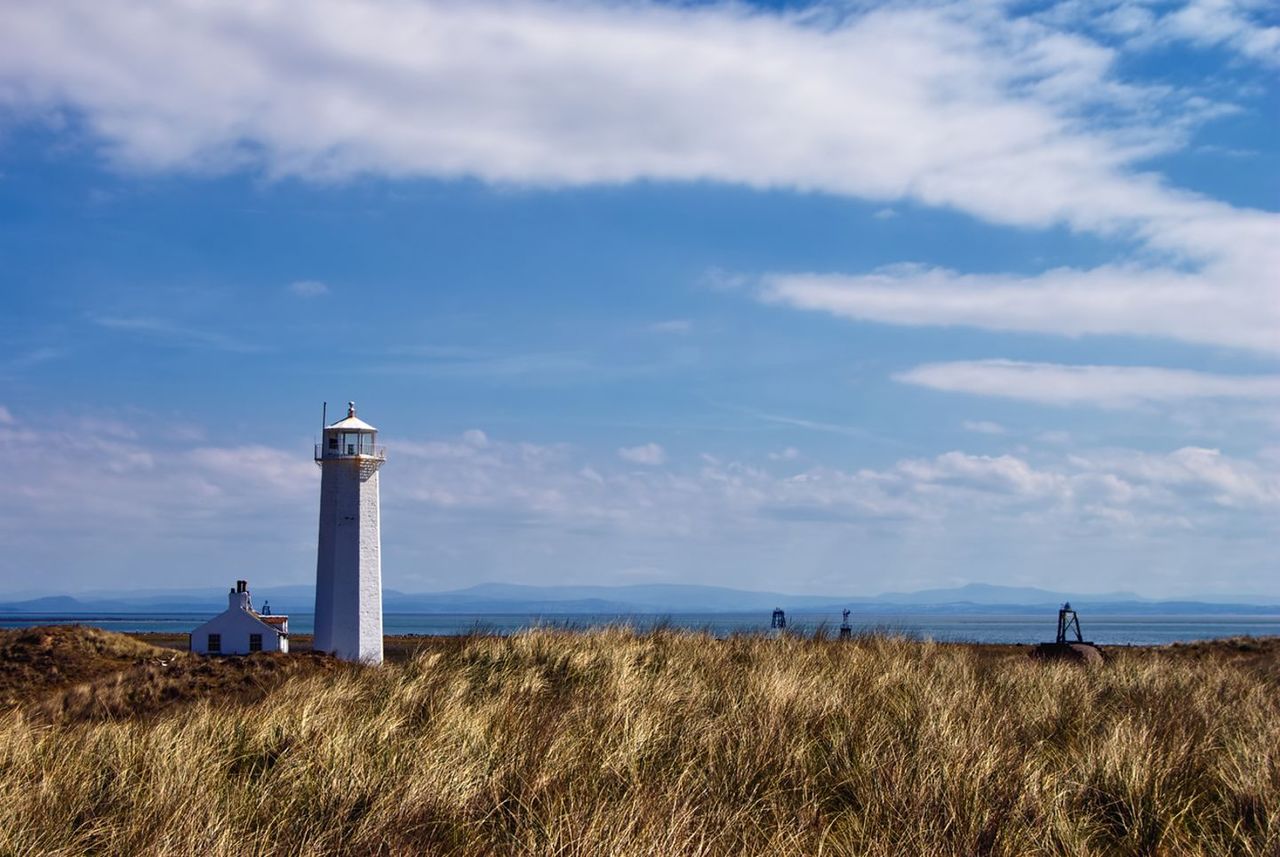 Walney is a little-known island at the very bottom of Cumbria. It sits alongside Barrow-in-Furness and perhaps it is the area's industrial heritage that leads too many people to dismiss it as a less interesting neighbour to the Lake District. More fool them: they're missing out on two nationally important nature reserves. The south end of the long spindly, windy island is particularly good for migratory birds - some of which turn up unexpectedly, having been blown off course - and its breeding population of grey seals. In the winter, Eider ducks turn up and make the reserve sound like an old ladies' tea morning: their call is a loud 'oooh! Ooooh!' There are curlew (including a rather striking white or leucistic one), kestrels, merlins, teals, linnets and twites as well as an enormous breeding gull operation - and weasels trying to steal any eggs they can lay their paws on. Flora includes the weird and highly poisonous henbane, yellow-horned poppies and other maritime specialists such as sea lavender. Best of all, you can stay in the lovely white lighthouse at the very end of the island and watch the sunset over the Irish Sea.

Elmley Nature Reserve on the Isle of Sheppey is a nice short nip from London but is thrumming with rare wildlife. The reserve is run as a farm, with grazing animals creating the habitat for ground-nesting birds such as lapwings, skylark and redshank. In the spring, the sky over the reserve is so loud with the song of the skylarks that you can hardly hear yourself think. There are boxing hares, ducks such as wigeon and teal, birds of prey and egrets. Barn owls nest near one of the shepherd's huts where guests can stay, and short-eared owls hunt over the grassland. 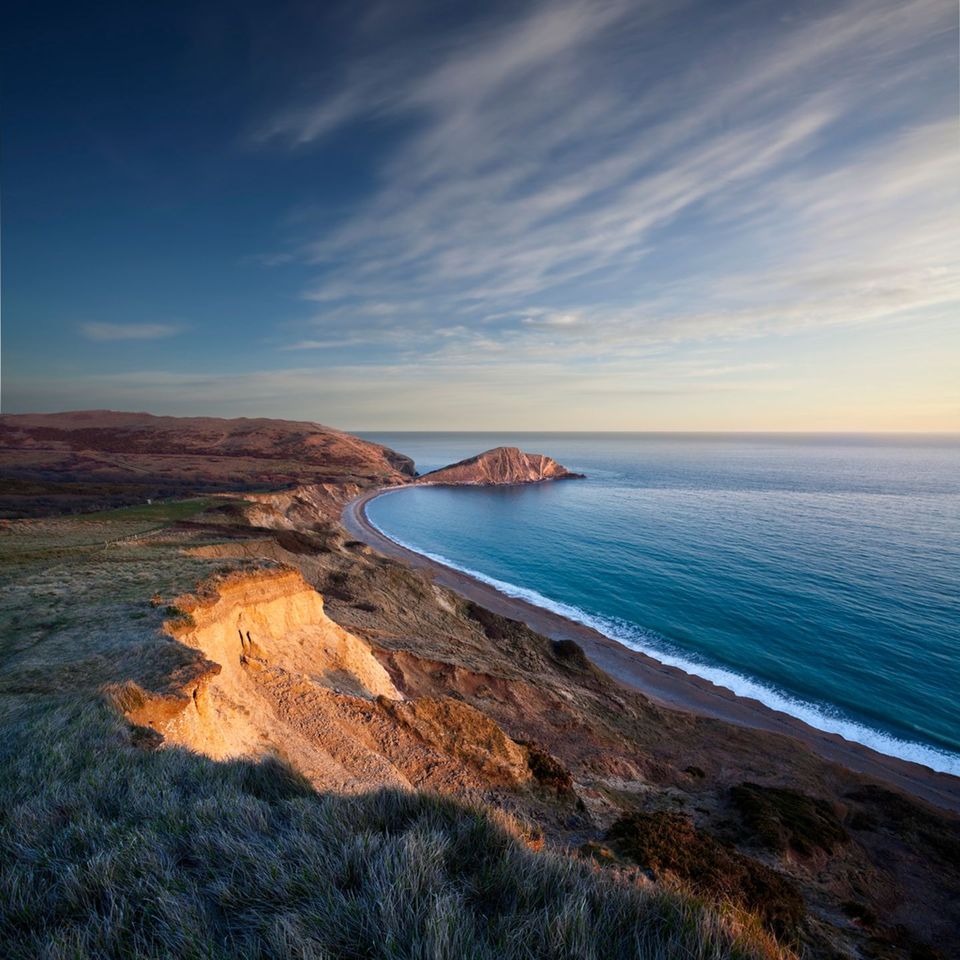 This hidden valley on the Jurassic Coast is the land that time forgot. Requisitioned by the MOD during World War II, it's blissfully free of development. Bar the odd rumbling of artillery fire, nature has completely taken over. Having been free of agricultural pesticides for over 70 years, the area is now a haven for wild flowers. There's even a deserted village with a telephone box, school room and church. The villagers were given two weeks' notice to pack up their belongings and leave in 1943 and were never allowed back. A short stroll from the village is Worbarrow Bay - the most unspoilt, crowd-free beach you'll find in the entire county. Holiday cottages are available on the nearby Lulworth estate