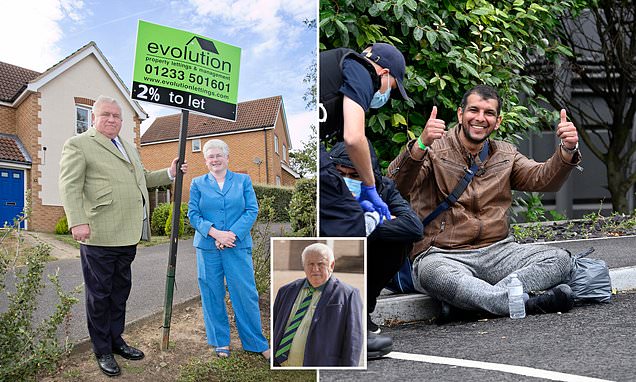 Fergus Wilson, who tried to ban 'coloureds' from his properties, has gone to Priti Patel with the offer to sell four blocks of flats in Kent belonging to his wife Judith (pictured together).

Britain's most hated landlord who has been accused of racism has offered to house asylum seekers - but only if the government pays.

Fergus Wilson, who tried to ban 'coloureds' from his properties, has gone to Priti Patel with the offer to sell four blocks of flats belonging to his wife Judith.

The 72-year-old sparked outrage in 2017 when details of his policy were leaked, revealing he had banned people due to the cost of removing the smell of curry.

And he was in trouble again at the start of this year when it emerged he had allegedly told council workers to kill themselves. 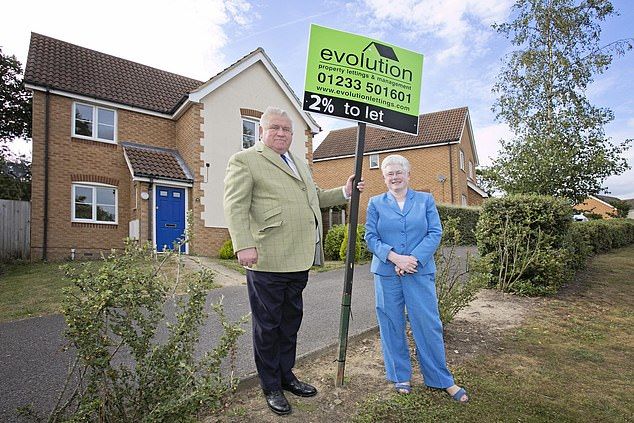 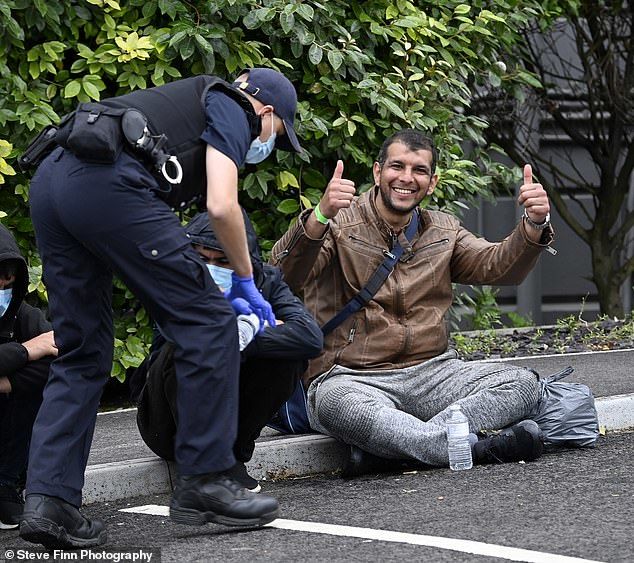 Mr Wilson, who tried to ban 'coloureds' from his properties, has gone to Priti Patel with the offer to sell four blocks of flats belonging to his wife Judith.

He made the offer to sell some of the Kent properties to the Home Office this week but said 'no figures have been mentioned yet'.

Two blocks are at Littlestone, New Romney, with the landlord claiming to have seen asylum seekers coming ashore. Another is in Folkestone and one is in Wateringbury.

In an email, the Home Office responded: 'Thank you for your email correspondence to the Home Secretary and your offer of accommodation.

'Your correspondence has been passed to the relevant business area, and they will be in contact with you in due course.'

Mr Wilson's suggestion, which he claims to have also made to Kent County Council, comes as the number of people crossing the Channel spirals, passing 2020's total.

More than 10,000 people have so far made the perilous trip. 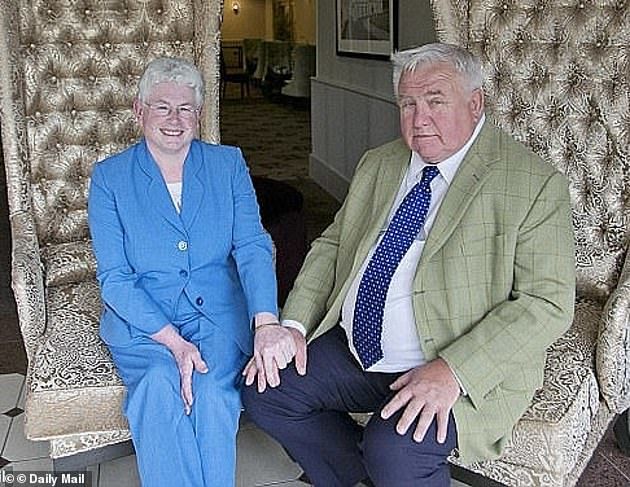 The 72-year-old (pictured with his wife) sparked outrage in 2017 when details of his policy were leaked, revealing he had banned people due to the cost of removing the smell of curry

The Home Office has come under increasing pressure to get a grip on the crisis, with hundreds of people risking their lives to navigate the world's busiest shipping lane.

They come on flimsy boats acquired by criminal gangs and ill-suited to the 20-mile stretch.

Charities last week upped calls for more safe routes, in the form of centres in Europe where refugees can go to claim asylum in Britain.

And Kent County Council has been feeling the strain more than most.

The authority is responsible for housing unaccompanied asylum-seeking children but has no more room and has threatened to sue the government for failing to help.

Meanwhile the Home Office has resorted to using hotels, as well as the much-criticised Napier Barracks, to house new arrivals.

He claims he called the Maidstone Borough Council employee a 'petty little Hitler' but vehemently denied his suggestion such a comment was racist.

He said he was later released without charge but Kent Police has refused to comment on the situation.

Mr Wilson was also in court in February amid claims he told council workers to kill themselves as part of an nine-year 'campaign of harassment'.

Ashford Borough Council, in Kent, applied to the High Court for a permanent injunction against him.

The court heard how legitimate inquiries would turn to him repeatedly belittling, insulting and abusing council workers as he tired to get his own way.

He has found found himself in the public eye numerous times over the last decade, notably in 2018 for butting heads online with comedian Danny Hyde and in 2017 when a court overturned his racist practice of banning 'coloured' tenants.

Mr Wilson and wife Judith once owned the largest portfolio of properties in Kent - believed to be around 1,000.

The High Court is yet to give its finding in the case between Ashford Borough Council and Mr Wilson.

The Home Office and KCC have been approached for comment.