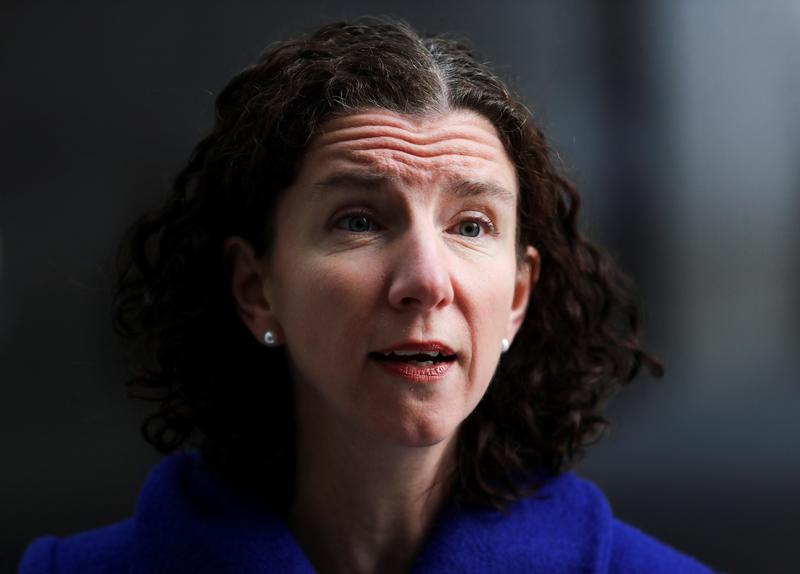 Britain must rebuild its economy after the COVID-19 pandemic with one eye on rising deficit and debt levels, the opposition Labour Party’s finance policy chief said on Monday, criticising the government response to the crisis as wasteful and divisive.

Conservative finance minister Rishi Sunak has promised there will be no return to austerity in a spending plan he is due to announce on Wednesday.

But his speech is likely to be overshadowed by official forecasts showing soaring national debt levels caused by the pandemic that has forced large sectors of the economy and millions of jobs onto taxpayer-funded life support.

Anneliese Dodds, who would be set to become finance minister if Labour were to get into power, acknowledged her own party needed to rebuild trust on the economy but accused Sunak of wasting taxpayers’ money during the pandemic response, and cautioned that the deficit would still need to be addressed.

“While we may be currently in a situation where there are low interest rates, of course that may not continue forever. We don’t know what kind of economic circumstances are likely to be facing the country in the medium to long term,” Dodds told a Reuters Newsmaker event.

“The critical thing right now ..is to ensure that we have that economic capacity being built back up again, that we don’t see more jobs being lost, more businesses going to the wall, more reductions in consumer confidence and investor confidence - we’ve really got to stem that negative tide.”

Dodds, a 42-year-old Scot and a former academic, is an important part of Labour leader Keir Starmer’s drive to rebrand the party following the departure of hard-left leader Jeremy Corbyn, under whom Labour lost two elections and made big-spending promises.

“Labour’s lost a number of general elections,” she said. “We have to change, we know that, we know that we need to rebuild trust with the public especially around economic issues.”

Sunak’s popularity soared when the government was spending heavily to prop up the economy, but faces questions over how wisely that money has been used and how it will be repaid.

Dodds declined to commit to specific deficit or debt levels she would target, and did not set out how the deficit could be reduced, but said the government needed to save the economy first and must avoid moving too quickly raising taxes.

“It’s imperative for governments not to be focused on taxation but actually on preserving the tax base, I want to make that very, very clear,” she said. “Into the longer term, we do need to have a more progressive tax system.”