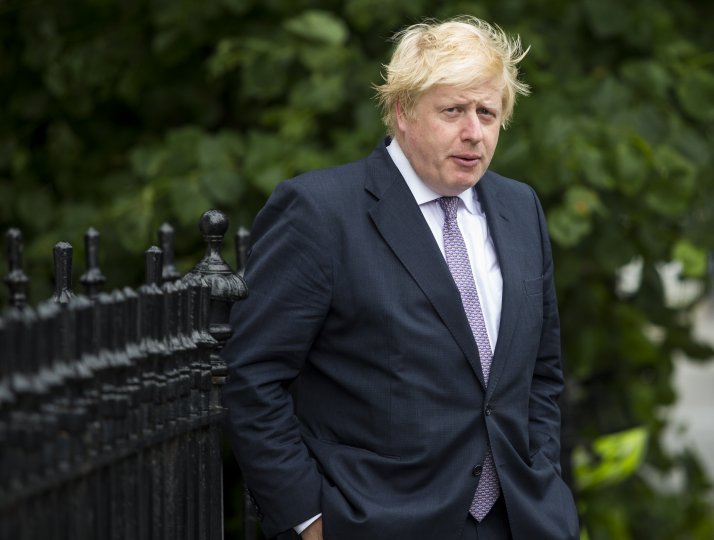 The Prime Minister needs to develop a vision equally for solving the major problems that lie ahead in the next decade.
Prime ministers all face a critical moment: before it, they can do little wrong; after it, almost nothing right. For John Major it was Black Wednesday in September 1992; for Gordon Brown, ducking a general election in the autumn of 2007; while for Theresa May, the disastrous election in June 2017. Boris Johnson has yet to pass his point of no return. But it is stealing up on him.

The coronavirus pandemic is the most serious challenge to a British government since 1945. The shock of Brexit, even if a deal is secured, will intensify it. The best prime ministers throughout history rose to their challenges and took control. Johnson has yet to do so.

The closest historical analogy to the present is 1940-50, which equally presented two challenges: winning the war, and winning the peace. The first was primarily the task of Winston Churchill, the second, Clement Attlee, who planned Britain’s reconstruction during the war, and oversaw the rebuilding of the country and its place in the world after it.

Churchill provided the vision for the war, Attlee for the peace. Johnson has yet to provide such vision, both for how coronavirus can best be handled, and how Britain will succeed in the 2020s and 2030s.

But what do they stand for? Where are the values and the vision around which the country can unite?

Cummings is intellectually brilliant. He reformed schools for the better with Michael Gove as education secretary after 2010. More than anyone, he made Brexit happen, masterminded Johnson’s election victory in December 2019 and then oversaw his first months in office.

Prime ministers need such figures. Margaret Thatcher had Alfred Sherman and John Hoskyns. David Cameron had Steve Hilton. But the figures who bring a prime minister to power and define their agenda are often not the ones they need once securely in government. Cummings has many qualities, but building the consensus leaders need for enabling political change is not one. Increasingly voices on the right are asking if he has fulfilled his historic mission.

At the heart of the success of Britain’s political weather-makers – William Pitt the Younger, William Gladstone, David Lloyd George, Attlee, Thatcher and Tony Blair – has been a vision, grounded in the art of the possible.

Johnson needs to find his vision now for Britain, for Covid-19 and beyond, with three requirements: consistency, consensus and competence. I’m not one to condemn all the government has done: Matt Hancock is not the only minister who has performed much better than credited. But Johnson himself needs to lead more effectively. Allegra Stratton, the new Downing Street spokesperson, cannot do it for him: this new position will merely cast an even stronger spotlight on him.

Coronavirus will only be dealt with effectively if Johnson reaches out to the devolved nations, to elected mayors, to the Labour and Liberal parties. The historian Peter Hennessy – the David Attenborough of the British constitution, part Prophet Isaiah, part restyled Walter Bagehot for the digital age – is convinced that only a cross-party approach to government will carry the country.

Johnson lost political traction in May when Cummings’s infamous trip to Durham was revealed. A coalition government, as I argued at the outset of the Covid-19 pandemic, would have made sense constitutionally because historically Britain convenes them during major crises. But the moment for a coalition government, or even a cross-party cabinet committee, has passed, which makes it all the more necessary for Johnson to reach out to other parties.

Handling Covid-19 so it minimises the damage to public health, and maximises the potential economic recovery, is Johnson’s first great historic mission.

The second is to provide a vision for the post-Covid future. We need to hear a compelling story about Britain after Brexit, and how leaving the EU will improve the country economically and politically. Within the EU for more than 45 years, Britain rose to become one of the biggest economies in the world, from the sick man of Europe to the world’s number-one soft power. How will Brexit give all Britons a much better future, while keeping the UK together?

Johnson needs to develop a vision equally for solving the major problems that lie ahead in the next decade: on artificial intelligence and producing the jobs to employ the nation, modernising an education system that is equipping young people for yesterday‘s world, creating a greener Britain, and resolving the crisis in social care.

The tone of his premiership needs addressing. Diverse people have begun speaking about the bullying and fear emanating from his regime; concerns not heard since Brown was PM – an under-praised premiership damaged by the prime minister’s failure to establish the right tone.

Winning the war and winning the peace requires negativity to be replaced by a positive vision, grounded on a huge output of hard work, as Whitehall produced during the Second World War. Whitehall will rise again to the challenge, if it has the political leadership.

Lloyd George failed after the First World War to provide that leadership, and was mired in controversy before he was bundled out of office in 1922. This, too, could be Johnson’s fate in 2022. In contrast, Attlee, with dignity and proficiency, put the country back together again after 1945.

Johnson has the knowledge of history, the intellect and the ability to inspire. But he can also be tribal and petty. He has earned the democratic right with his large majority to lead the country over the next four years. It is in the interest of all that Boris Johnson looks deep into himself and provides the leadership the country so desperately needs.
#COVID-19  #Covid  #Coronavirus  #Boris Johnson
Add Comment