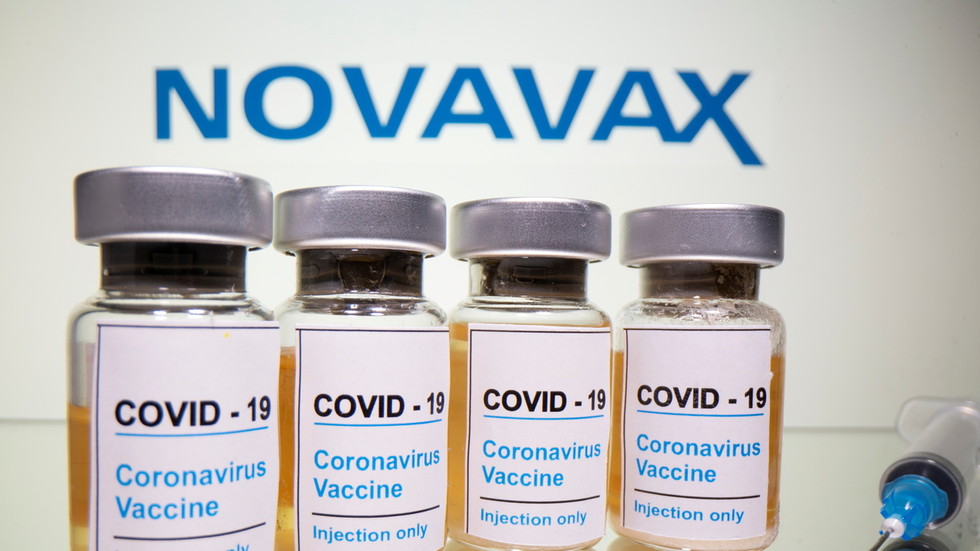 The chief investigator for the Novavax vaccine trial in the UK has claimed their injection could be reviewed and ready for rollout within a month as GlaxoSmithKline pens contract to “fill and finish” the jab in Britain.
Speaking to the Evening Standard on Tuesday, Novavax’s vaccine trial chief Professor Paul Heath said its approval would help maintain the “momentum” of Britain's immunization programme.

“The regulator will do a very detailed and thorough review and will decide in good time,” he said, adding “I would hope it would be in the spring, possibly end of April.”

Heath claimed that the firm has given nearly all the required data to the Medicines and Healthcare products Regulatory Agency (MHRA) for them to conclude their “rolling review” process.

The vaccine was found to have 86% efficacy against the British variant of Covid-19 and be 96% effective against the original virus strain. Sixty million doses of the jab have been ordered by the British government which will be manufactured at the Fujifilm plant in Billingham, England’s North-East.

The final stage of the vaccine’s manufacture will be carried out by GlaxoSmithKline, as announced by the prime minister on Monday, at another facility in the North East of England.

If approved by the MHRA, the jab will be the UK’s fourth vaccine ready for rollout after the shots produced by Pfizer, AstraZeneca and Moderna.

On Monday, PM Boris Johnson said Britain was keen to continue developing vaccine manufacturing capacity. If approved, a further vaccine, developed by Valneva will be manufactured in Scotland.

The UK and the EU are currently engaged in talks in order to achieve a “fairer deal” for the 27-nation bloc. Brussels believes London should start sharing some of the jabs manufactured in the UK with European nations as a reciprocal measure for doses made in the EU which were distributed to the UK.

On Monday, Johnson’s government dismissed rumours it was ready to provide jabs to the Republic of Ireland in an effort to prevent Covid-19 infections being imported into Northern Ireland as Belfast relaxes restrictions.

The UK has made significantly more progress than EU countries in vaccinating against Covid-19. More than 57% of British adults have been inoculated, while many EU countries are yet to hit 15%.
#COVID-19  #vaccine  #Pfizer  #AstraZeneca  #Covid  #Boris Johnson  #Vaccines
Add Comment