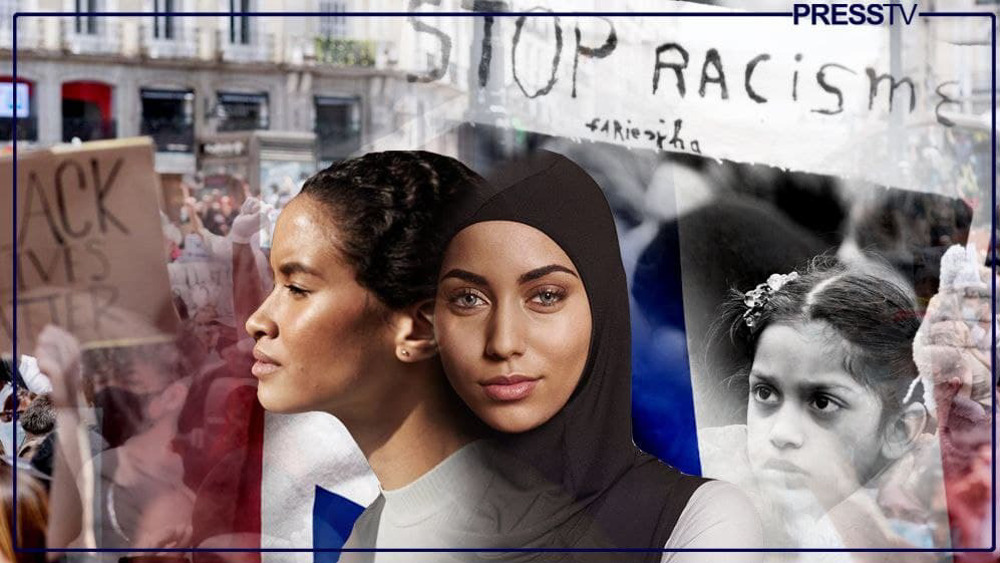 The lived experience for millions of people in Britain and France is a far cry from the image that these two nations offer to the world.
Both the UK and France love to portray themselves as being liberal, welcoming, open democracies grounded in values of respect and tolerance, with freedom of speech treasured as being sacrosanct.

But the reality, in both counties, and the lived experience for millions of people within them, is a far cry from the image that these two nations offer to the world.

In the United Kingdom for example, the recent government backed report claiming that the UK is not institutionally racist, though anticipated, has continued to anger many people in the aftermath of its publication. The indignation is building by the day, and is certainly not subsiding anytime soon.

And this is because we see constant examples of inherent racism and bias in Britain in virtually every sphere of life imaginable. Those highlighting racism are often politely encouraged to remain silent, unsurprisingly, by those who have never experienced racism.

But the recent report and ultimately public relations exercise by the UK, simply cannot reconcile, and does not square, with the truth of life in Britain for many marginalised communities.

We are told that we should bask in gratitude about the progress towards racial equality that has been made over the years. Such progress of course, when it happens, is only ever actually achieved, because of the long and arduous hard-fought battles, by those who tirelessly campaign and fight for justice.

Real progress and change does not simply occur because the system is virtuous or willing to relinquish one iota of power, unless it is forced to do so. It happens because of the demands of those who will not accept injustice.

And one such example arguably took place recently, in a school in London, the nation's capital.

At the Pimlico Academy in Westminster, students staged a mass protest and walk-out at the school’s proposed policies. Head teacher Daniel Smith had last year set “new uniform rules” which stated that hijabs worn by Muslim students “should not be too colourful” and that hairstyles that “block the view of others” would not be allowed.

Students argued that the measures to be enforced for those wearing the hijab and the haircut rule, would punish Muslims, and also Black students with natural Afros, therefore resulting in the targeting, humiliation and unfair discrimination against those from minority faiths and cultures. Regarding the hijab ban, it was said to be acceptable for students to wear other items of clothing in whatever style and colour they wished, but not the hijab.

Ultimately, the head teacher, under pressure, reversed the school’s policies after backlash from students and those among the public who were supportive, after the campaign gained national headlines. The school had also been heavily criticised for apparently excluding the significance of Black History and Black Lives Matter protests, in its classrooms, as well as at times ignoring concerns over the placement of the Union Jack flag at the school. This flag, for many people, due to Britain’s history of colonialism, is highly offensive.

But the example of Pimlico Academy, is by no means an anomaly. Other schools, such as Batley Grammar School very recently in Yorkshire, have been accused of using insulting caricatures of the Prophet Muhammad (pbuh) during lessons, going far beyond the boundaries of reasonable discussion about faith, while needlessly insulting Muslim students, often in areas of the country where far-right racism is rearing it head.

Similarly for Black communities, there are many instances where students have seen their faith targeted by discriminatory policies in schools. This was the case for Chikayzea Flanders, a former student at Fulham Boys School. Flanders was demanded to cut off his dreadlocks in order to continue attending the school outraging his family and community. Dreadlocks are an integral part of the Rastafarian faith, for those that follow it, and despite not returning to the school, Flanders and his family eventually won a legal battle against the school, due to their treatment of him.

And now, we are learning that France, another country with serious issues of racism, and a shameful colonial history like Britain, which also paints itself as being progressive, has voted to ban the wearing of the hijab, for those under the age of 18.

This amounts to state-backed Islamophobia, plain and simple, which if indeed does become law, will not only oppress a minority community already pushed to the margins by longstanding and systematic racism, but will serve as a further greenlight to violent racists in the street.

Attacks on Muslim women, and Muslims in public spaces are already rampant in France. The idea of uniformed French police demanding Muslims in the street prove their right to wear the hijab, and the notion that French authorities could legally have the power to ambush women and girls and adjudicate on what they can or cannot wear, is an utterly terrifying prospect.

For a country once occupied by fascists during World War Two, it seems France has learned nothing about the danger of racist thugs in uniform having the power to terrify people in the street, or worse.

Britain was recently argued to be an example of a model for other majority white nations to follow when it comes to the notion of racial equality. The so-called revolutionary history of France is often romantically heralded and evoked in the history books and throughout the world as a shining example of liberty.

But the descendants of the communities of countries once colonised by both Britain and France, now living in Britain and France, have a different story to tell. There is far more of a distance to travel to achieve full equality in both countries, when compared to any progress that might actually have been made.

France taking steps to make yet more Islamophobia law, is a grave hypocrisy. Britain claiming the moral high ground as an example of a nation claiming to embrace racial justice, following the recent government backed report, is simply absurd.

Many would argue that both countries in many aspects, are moving backwards when it comes to issues of racism, with anti-Muslim and anti-Black prejudice continuing to be a blight in both, with dangerous nationalism, more and more, finding its way into the political centre-ground.

Until this situation is acknowledged and ultimately reversed, neither Britain nor France has the right to permeate the Orwellian myth, that they are free from institutional racism or resemble anything remotely close to true free and fair societies.

While they continue to clamp down on non-white communities, such suggestions are nothing short of deliberate misleading propaganda with a particularly dangerous historical precedent, certainly, when it comes to Europe.
Add Comment