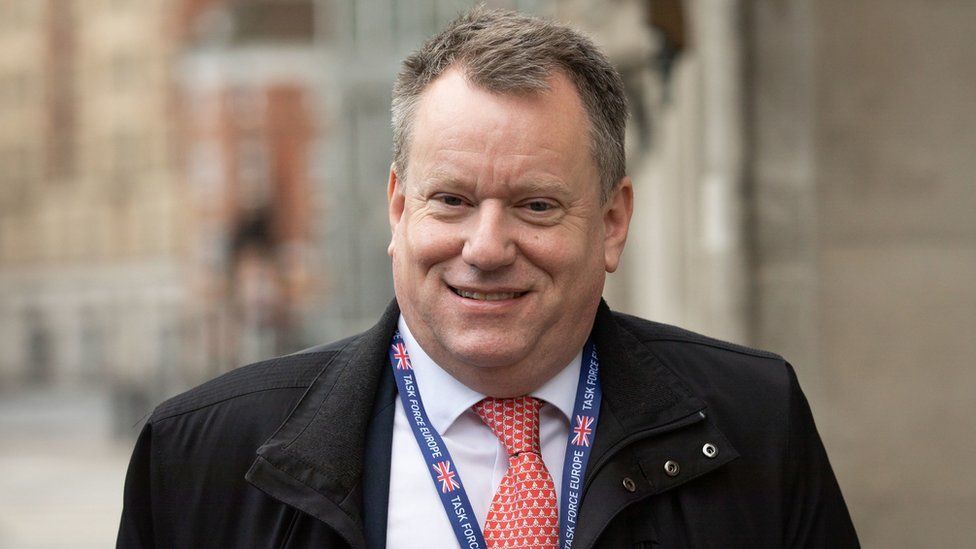 The UK's lead Brexit minister has called on the EU to "shake off any remaining ill will" over the UK's decision to leave the organisation.

He insisted the UK's unilateral move to extend grace periods on border checks was legal under the Brexit trade deal.

The EU disputes this, and is preparing to launch a legal challenge.

The UK has said it will delay new checks on goods arriving into Northern Ireland from Great Britain, agreed as part of the UK's withdrawal deal.

EU Commission Vice-President Maroš Šefčovič has called it a "violation" of the part of the deal relating to Northern Ireland and said legal action was imminent.

The Cabinet Office minister added that the measures were justified by the "fragile" situation in Northern Ireland.

"They are about protecting the everyday lives of people in Northern Ireland, making sure they can receive parcels and buy the usual groceries from the supermarket.

"Without this threat of disruption, we can continue our discussions with the EU to resolve difficulties arising from the Protocol constructively," he added.

Northern Ireland has remained a part of the EU's single market for goods, so products arriving from Great Britain have to undergo EU import procedures.

Both sides agreed the arrangement as part of the Brexit withdrawal deal, to avoid the need for border checks between NI and the Republic of Ireland.

But it has led to disruption to some food supplies and online deliveries from Great Britain to Northern Ireland, increasing tensions with the EU. 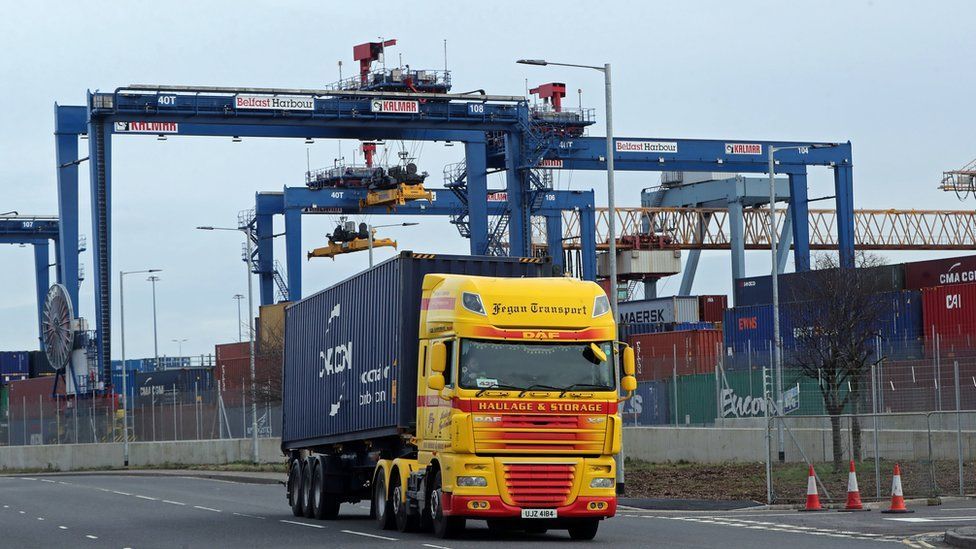 Earlier this week, the UK extended a grace period on new checks on food products from the end of March to October, without the prior agreement of the EU.

It then delayed the introduction of similar checks on parcels, which had been due to come in on 1 April, until the same month.

The logistics industry had said it was not ready to deal with that volume of new administration. The grace periods mean procedures will not yet be fully applied.

Boris Johnson said implementing the Protocol was "one of those issues we were always bound to have in the early stages of our new relationship with our friends in the EU".

Speaking on Sunday, he said there remained "various technical issues" the UK was hoping to "iron out," but he was optimistic about the future partnership.

But Labour has said the move risks "plunging Northern Ireland into further instability".

The party's shadow Northern Ireland secretary Louise Haigh said it could mark out the region as "the arena for wider UK-EU conflict for years to come".

Lord Frost blamed the EU for increasing tensions over the issue with its now-abandoned threat to use the Protocol to control Covid vaccine exports.

The EU announced the move in January, saying it would prevent Northern Ireland becoming a backdoor for jabs to be sent to the UK mainland.

But it later abandoned the plans, following condemnation from London, Dublin and Belfast.

Lord Frost said the threat had "significantly undermined cross-community confidence in the Protocol".

He added he wanted to work with the EU towards "common goals" after the UK formally cut legal ties at the end of the Brexit transition earlier this year.

"I hope they will shake off any remaining ill will towards us for leaving, and instead build a friendly relationship, between sovereign equals," he added.

Lord Frost, who negotiated the UK's Brexit trade deal with the EU, took up a new role overseeing the relationship with the bloc earlier this year.